Buying new equipment can be an extremely overwhelming decision. I will often spend at least two weeks researching before making my final decision. I’ll look at all the stats, read reviews, and if possible, get my hands on the equipment first.

6 Continuous Lights Compared: Which to buy?

I honestly don't know how I've managed to do it, but I've collected several continuous lights over the years. A few of them are mainly for photography, but I have used them for continuous light as well. For my test, I used an Impact 4 socket fluorescent with an octabox, the Dracast Bi-Color 400, the Arri 300, a Sunpack LED, an Icelight, and White Lighting strobe. For the Sunpack and Whitelighting, there are plenty of other options out there that are very similar, so I will be referring to them as on-camera light and strobe throughout.

Like most things in photography, prices of continuous lights vary greatly from one item to the next. The cheapest option ranges from $30 to $200. These are mainly going to be your on-camera lights that are mainly made for videographers. In the middle, there are lights for $200 to $400. There are quite a few options in this range. If you really want to spend some money, you can get continuous lights for $400 to $600 or more. You can expect the quality and features to fit the price.

The good news is that there are also some flashes and strobes that already have a modeling light built in. That means you might already own a continuous light or if you purchase one, you can use it for flash photography as well.

The biggest difference in all the lights is the amount of power from the light. Just like with photography, measuring the power can be tricky. Some companies measure it in watts and others measure it in lumens. They’ll also use different distances for their tests, so that changes it all again. You can get a general idea from these numbers, but I think it’s best to just try them out in the same situation to see how powerful each one is.

In general, most of the lights were about the same power from that distance. The Arri was by far the strongest, and the Impact did quite better than the others. 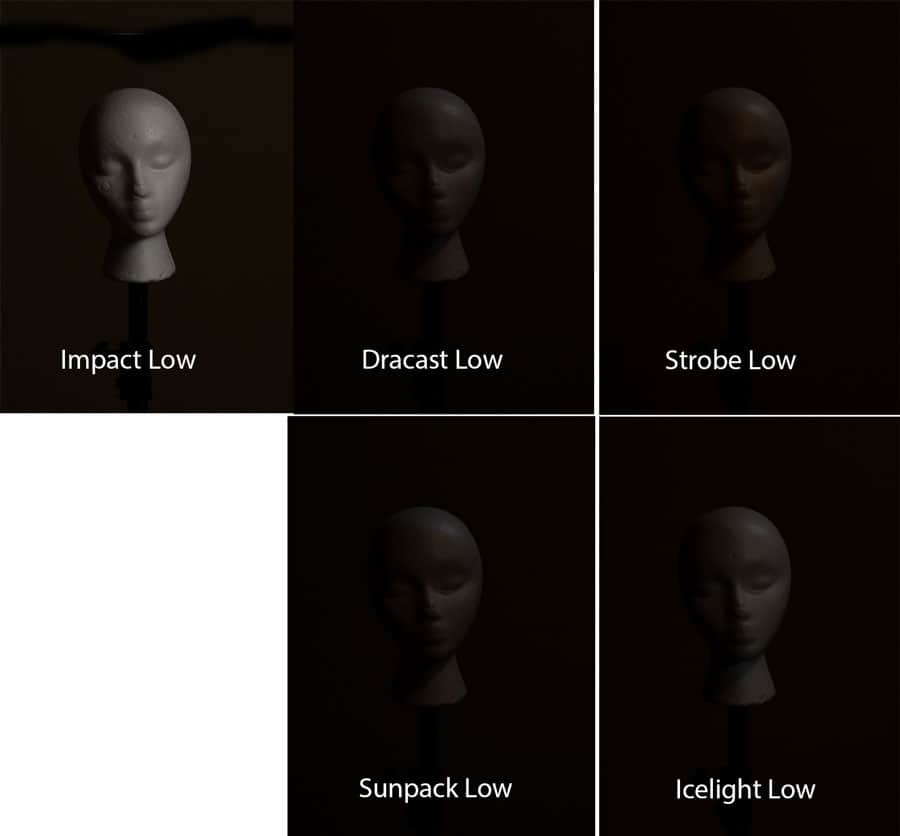 Bigger and stronger is not always better. There are some situations where you only need and want a little bit of light. For example, if you are in a dark environment and don’t want to overpower everything, you need a lower power. So don’t automatically jump in and buy the biggest, strongest light available.

Another important thing to consider with a continuous light is the ability to make adjustments. Every situation is different and often you’ll want to change some aspect of the light. Most often, this is either the power or the color temperature. Unfortunately, not all continuous lights can do this or are more difficult than others.

Several of the continuous lights had no way to control the power. They were just on, and that’s it. The Arri is the hardest to work with because of this. It can be too powerful a lot of the time, so it would be nice if I could just turn it down. There are ways to change the power, but it definitely requires more work. You can always move the light closer or further away, defuse the light with something, or bounce it off of a surface. I’d prefer just twisting a knob, though.

The rest of the lights allow you to make manual adjustments to the power. There are still a few things that separate each light in this area. The Impact light only has two switches, so you can either have two lights on or four. The strobe, Dracast, and on-camera continuous lights have knobs, but the Ice Light has buttons to push. It’s also nice to be able to know where you are on the power. Of course, you can tell when you get to the lowest or highest, but what about the middle? The Dracast and the strobe were the only ones with clear markings throughout.

Next, many times you will want to adjust the color temperature of the continuous lights to match another light or existing light. The Dracast is the easiest to adjust. It has another dial where you can adjust the color temperature from 3200 to 5600K.  The on-camera lights I bought came in second. They came with an orange filter that slides easily into the front of the light. The rest of the continuous lights will require you to buy some filters and find a way to attach them. 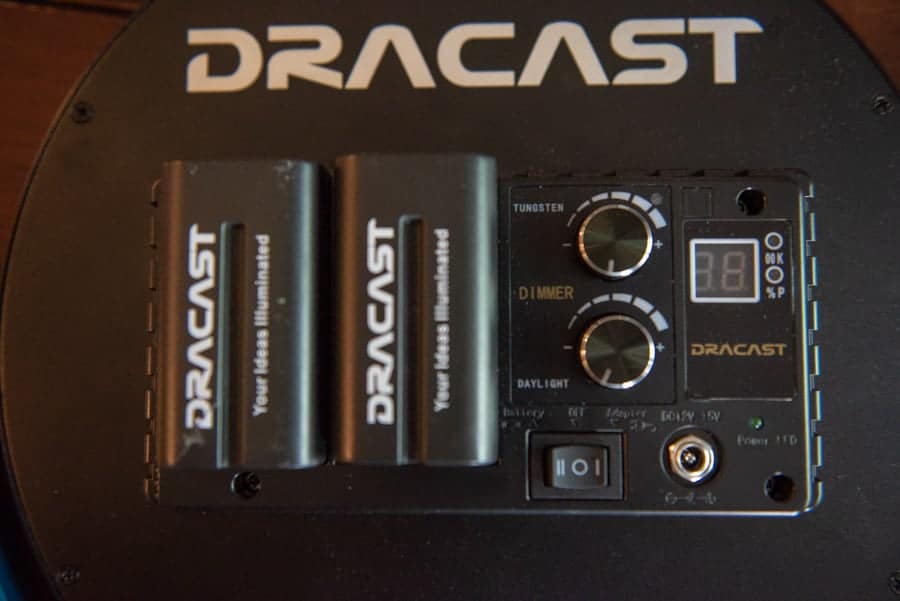 Some people do all of that work in a studio while others are always on the move. For those of you that travel for your shoots, portability is a major factor in your continuous light selection. If you’re trekking out in the woods, you probably don’t want to carry a 10 pound light with you. You’ll need something that is smaller and lighter.

Portability really has two sides to it. The first is the size and weight of the light. Is it big or large? Can it fit into a bag? Will it weigh you down? All of those things are something to consider. Most of the lights I looked at were relatively light, but some were thicker than others. The Arri and the strobe were the thickest and heaviest and the Dracast is wide but thin. The rest of the lights were relatively small and lightweight; you could easily take them with you anywhere.

The second side of portability that hopefully most would consider is the power source. Do you need to plug the light into an outlet or does it have a battery? You could possibly lug a generator with you to power a light, but I’d only do that for a really big production. Luckily, all the lights I tried had battery power except for the Arri, Impact, and the strobe.

We all know that light can look different from one photo to the next. It can be extremely soft and wrapping or hard with defined shadows. Neither is better, but it’s good to know what to expect from each light. One other note, you can always affect the quality of light by modifying it (diffusing, bouncing, moving closer or further away), so you can change it if needed.

The majority of these lights create a softer look. Most have built-in diffusion panels or are used with a softbox. The Arri tends to create the hardest of the lights, but I was surprised it didn't look harder. It is very usable, but if you want an extremely soft look, you’re going to have to modify it. 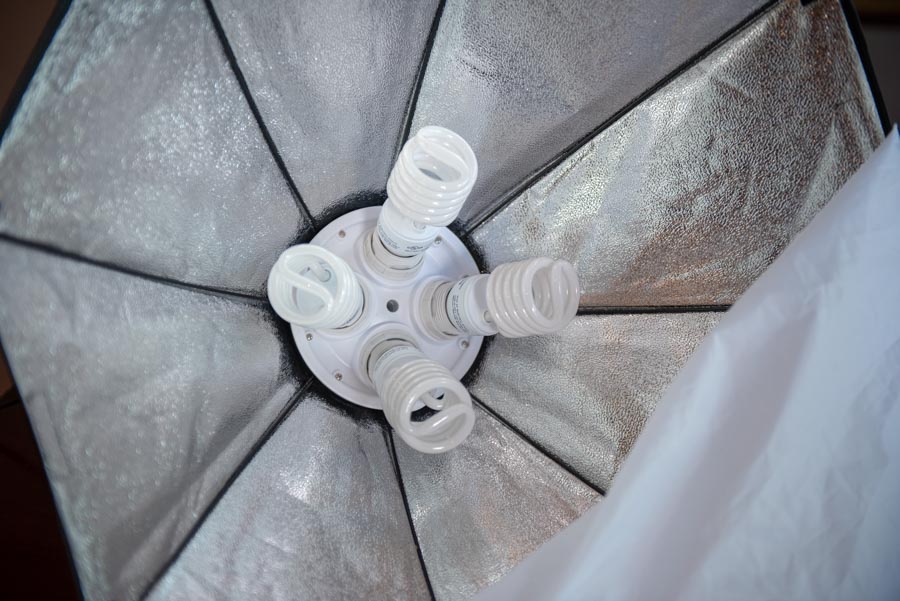 I’ve had a pair of light stands for around 10 years now, and they are still going strong. I bought a cheaper light stand, and it fell apart after a year. You want equipment that will last and not break after normal usage or even after being banged around a bit. 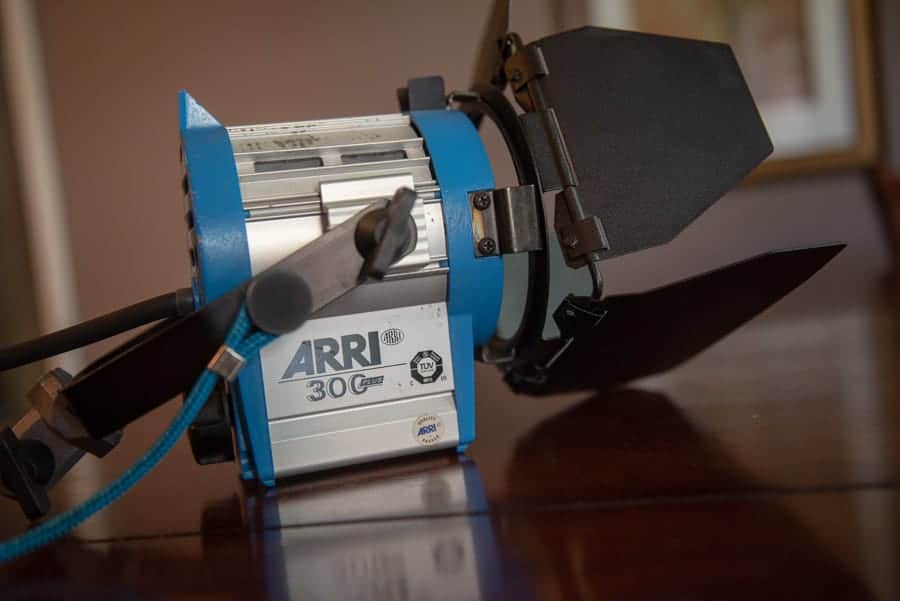 I haven’t done any extreme tests with my continuous lights because I don’t want to break them, but I can tell you how they’ve survived after years of use. I can also describe the general quality of build and material. 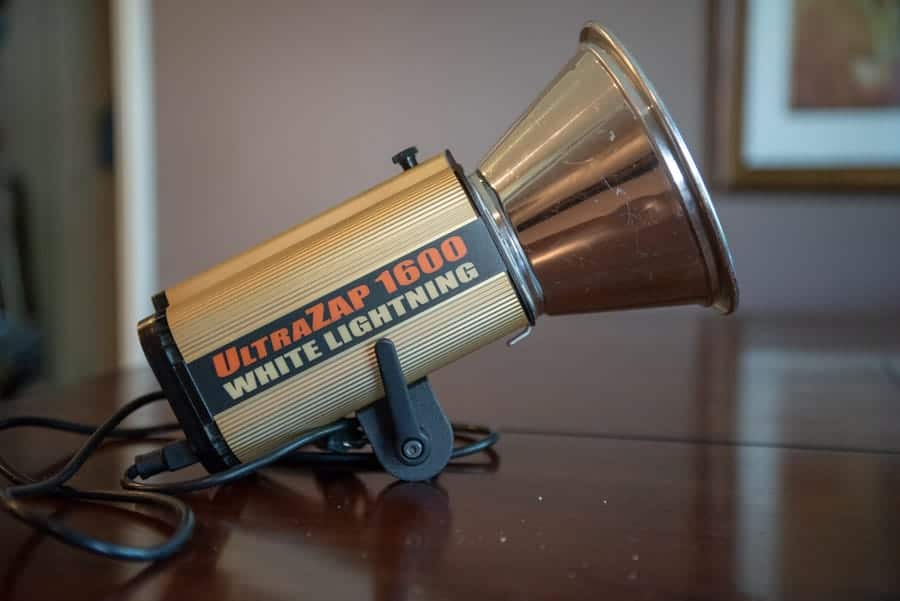 These continuous lights differ greatly in the build. The on-camera lights feel the cheapest. They are made of plastic and just feel flimsy. I’m really surprised I haven’t destroyed them completely, but I did have the battery door break, so now I hold it down with a piece of tape. The Arri is a tank! It’s made out of metal and feel likes you could use it to hammer a nail. The only thing that could break is the bulb, but then you can replace that. The rest fall in between those two. They could break, but I feel really good about their build.

I can’t tell you which one to buy. That will really depend on your preferences, your subject matter, and your wallet. For me, I have a few different feelings. I like the overall power of the Arri. None of the others even come close. I can use it to light up an entire dance floor or use it outdoors instead of a flash. I really wish it had adjustable power and a battery source. If that was the case, this would be my light. My next choice is the Ice Light or the Dracast. Both are battery powered, portable, and create nice soft light. The Ice Light does have barn doors and a filter, but those cost extra. The Dracast doesn’t have barn doors but it does come with an easy way to adjust the color temperature.

Not all photographers use continuous lighting, but it does have its place. If you're in the market for a continuous light, I hope this article has helped you. There are still tons of other options out there, so feel free to take what I've said and compare it to other lights. It might take some time to find the right light, but it's worth it.

1 thought on “6 Continuous Lights Compared: Which to buy?”