Menu
Wi-Fi is such a universal thing these days with everything from mobile phones to kettles connected to Wi-Fi. Yes kettles. Why would you want a kettle connected to Wi-Fi?? What is the worls coming to?
Enough about electrical appliances. Why do cameras have Wi-Fi? There are three main uses for Wi-Fi in cameras;
That seems straightforward and sensible enough.

What does Wi-Fi actually stand for?

After some digging around I believe that Wi-Fi does not actually stand for anything. The Wi is wireless. The Fi does not appear to have any meaning – it is just a trade name.
That was a surprise to me. And also a surprise that I had never actually thought what Wi-Fi actually meant!
Let’s get back to the subject of the post

What was the first camera to have Wi-Fi?

I believe from my research that the first cameras to have built-in Wi-Fi were the Nikon Coolpix P1 and P2 announced in 2005.
Nikons first full-frame DSLR was announced some time later, in September 2014 – the Nikon D750.
Canons first full frame DSLR was the Canon 6D which was released in November 2012.
Quite a delay, which I find odd. Then again Wi-Fi, although it feels like we have had it forever is a relatively recent phenomenon.

What camera do I use?

The Canon 6D. Yes I was an early adopter of Wi-Fi built into DLSRs. This was a deliberate choice.
Wi-Fi was something I wanted in a new camera.
But I had to justify getting a new camera. Then this happaned.

I had a Canon 5D Mk 1, my first full-frame DSLR. Unfortunately I cleaned the sensor badly. I found this out when I took my camera to be cleaned at the Photography Show. When I went to collect it I was told by the technician that there was something on the sensor that he could not clean off.
I decided there and then that I needed a new camera, and to cut a long story short I bought a Canon 6D. Wi-Fi was one of the attractions for me. And the fact it was the only Canon full-frame DSLR with Wi-Fi reduced my options to, erm, the Canon 6D.

What do I use Wi-Fi for?

Before I go on I need to get this out of the way. Whilst the Canon 6D Mk 1 can hardly be described as cutting edge it was a great camera when I bought it and is still a great camera today.
I feel better now saying that.
And I also need to say that I am sure that are newer releases of cameras that do much more with W-Fi than my old camera does, but the principles remain the same.

I actually use Wi-Fi in my commercial architectural and industrial photography work.
This is not a gimmick – this is a serious tool in my photography tool-kit.
I have the Canon Connect App on my iPhone 7 Plus. The App is OK – not the slickest App but it does work.
I will now give you two very specific examples of me using the Wi-Fi on my Canon 6D to capture images that I would not have been able to capture.

I could not have completed this shoot without my painters’ pole and Wi-Fi. I was commissioned to photograph gravel being unloaded from a train. This was in a live facility with live rail connection.
No pressure then.
The problem is that the excavator was on top of a pile of gravel, and I was not allowed to climb up an adjacent pile.
This is me taking a photo. 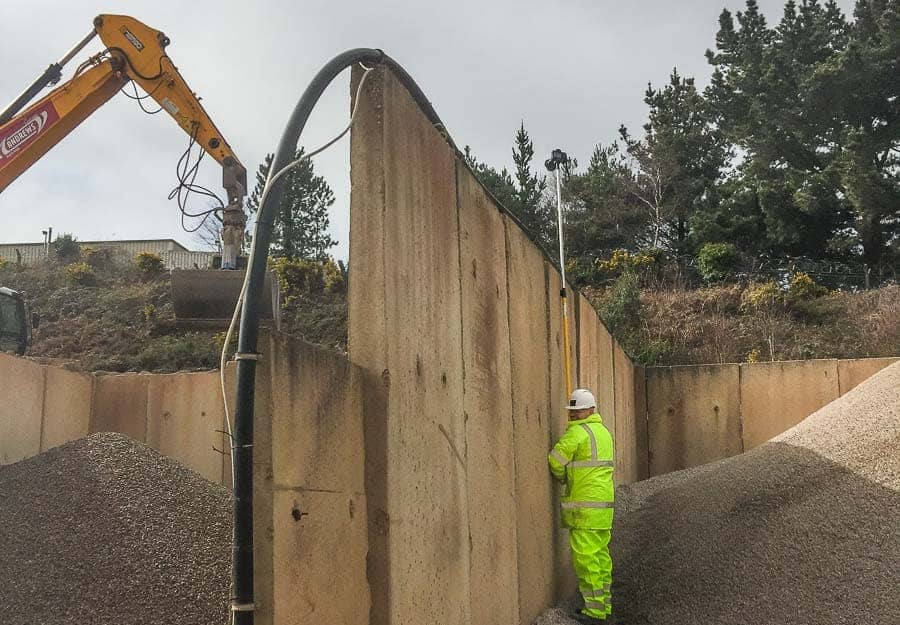 And this is one of the photos.

I was photographing two brand new luxury houses in Dorset. The garden to rear sloped rather steeply. So steeply that I could not get the whole of the rear elevation in a shot, even at 17mm focal length on my full frame Canon 6D.
The only option was to get my painters pole out of the car and get the Wi-Fi connected.
I ended up wedging my camera in a tree, slowly adjusting the composition whilst looking t my iPhone screen till I got that right. The all I needed to do was focus my camera using the App, stand still and set the self-timer going.
And I have to say this worked a treat.
This is the shot I took this way, which was part of the set issued to the client.

Case Study 3 – the day to day use in architectural photography

And this is a practical day to day use in my architectural photography
Basically I use my painters pole and Wi-Fi connectivity to get my camera to first floor level.
Why?
This gives me an elevated view of the building I am photographing, which will be different from any other photo that has been taken by anyone else. Taking a photograph from a different viewpoint can give a photo impact.
And this also means that I am photographing the building square on, meaning no vertical distortion.
This photo was taken with my Canon 6D stuck on the end of my painters pole. It is on my home page on my website. 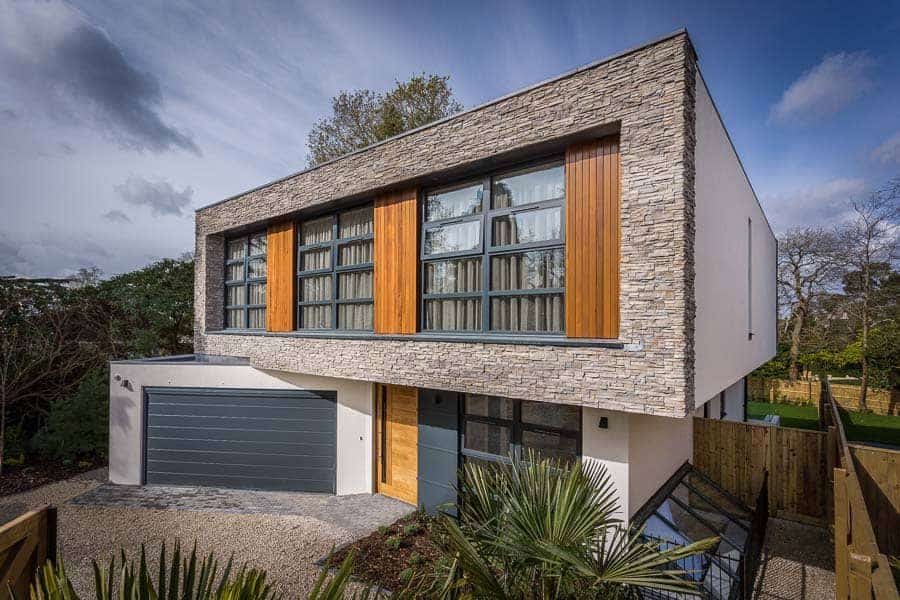 I have also used this technique to photograph roofs on buildings – cheaper and quicker than hiring a drone!

If you are using an iPhone to remotely control your camera using Wi-Fi then I strongly recommend you buy a case with a neck lanyard – on one shoot iwas juggling too many things and dropped my phone cracking the screen.
What about transferring images via Wi-Fi
I haven’t tried this yet, but having written this I have inspired myself to give this a go at some time in the future. It’s now on my never-ending list of things to do.

What are Wi-fi SD cards?

Yes you can buy SD memory cards with Wi-Fi adaptors built-in. I know – incredible.
And you can also buy SD cards with a Wi-Fi adaptor in them. Canon make one but you will need to have a camera with dual card slots for that to work.
What about Wi-Fi in other cameras?
If you search for “best Wi-Fi in cameras 2018” DSLRs are hardly tearing own the walls – mirrorless offerings appear to have better built-in Wi-Fi.
Maybe the new mirrorless cameras from Canon and Nikon will be the start of a technological catch-up?