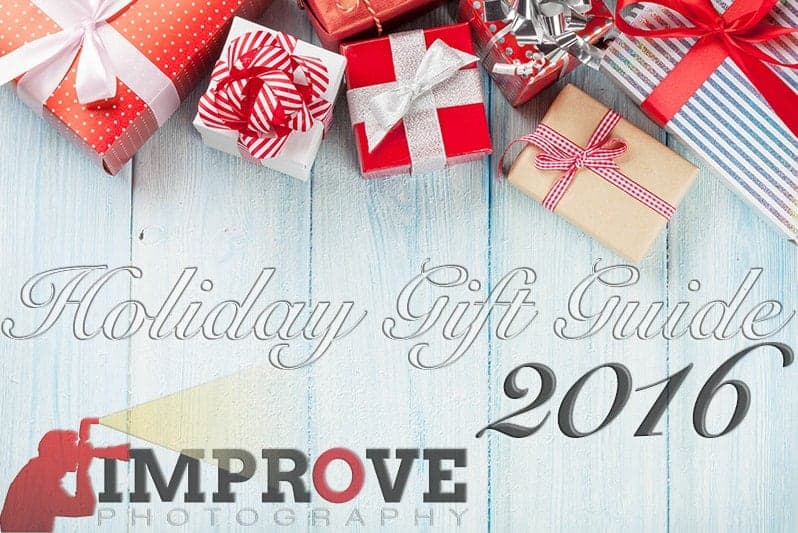 We will start off slow with a $25 or less budget category.  Some of the hosts had a tough time thinking of gift suggestions to fit in this budget, photography can be a very expensive activity.  But there are still a few pretty good options.

With a tiny bit more room to get something more meaningful to photographers, there were more options to choose from here with $50 to spend.  But only barely.

At $100 we are getting close to really being able to do something meaningful with photography gifts, and we think we have some decent options if you can crack the wallet open this wide.

Now we are talkin'!  We have some real money and the hosts were much more excited to recommend potential gifts in this category as you are sure to catch in their commentaries.

A photographer can really get something nice within the $1,000 budget.  There were plenty of options for our hosts to choose from, what does it say about each of them what they picked?

Otherwise known as ludicrous – well, maybe that is actually the next budget category – $5,000 is about half way to fully loading a beginning photographer with everything they would need to go pro.  With this one it gets even more interesting to see what the hosts recommend when the limits are nearly non-existent.

Sleep On a Bed of Money Budget

Is there really a difference between the $5,000 budget and this one?  Yes, there is!  We asked the hosts to think of what they would buy if they had unlimited funds.  Dream their biggest dream.  Now this one tells us a lot about them, right?

There you go, that is the gift ideas from the Improve Photography Podcast network for 2016.  The great thing about this list is that it is entirely different from the 2015 list, so if you didn't like these you should check those out for another huge set of suggestions.  Now we are sure that many of your reading this list think there are lots of items the hosts missed, so let us know what that would be by commenting below.  Most of all, happiest of holidays to all of our readers and listeners.  We are so glad to have you be part of the Improve Photography community!