When I bought my first DJI Phantom (the original one), I didn't get a backpack and after breaking enough little parts by having it rattle around in the back of my car, I knew a hardshell backpack would be the first accessory I'd buy with my DJI Phantom 3 Professional that I just got a few weeks ago.

There have been several minor updates to this backpack over the last 2 years.  This is the most updated, current version and it's available on Amazon (affiliate link).

What Fits (And What Doesn't!)

The hardshell backpack fits the Phantom (1, 2, or 3, including the models with a camera), the controller, 3 batteries, charging cords, spare props, and a few small extras.

The biggest complaint I have about this backpack is that it doesn't fit an iPad Air.  The iPad mini will most likely fit, but the Air will not, which is a pain as far as I'm concerned.  Since the Phantom 3 is meant to be used with an iPad, it seems curious to me that this was overlooked.  There is plenty of space in the styrofoam to cut a spot for the iPad, but they just… didn't. 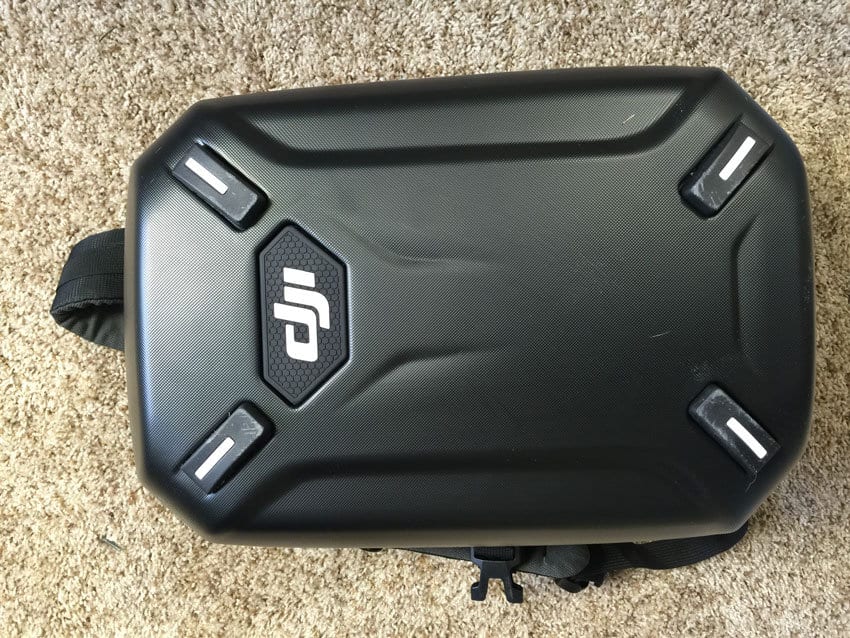 I really considered getting some of the other bags on Amazon made for the Phantom, but after reading a lot of reviews, I just saw too many comments from people who said it never quite fit the Phantom properly.  I think the reason this is an issue with so many of the third party Phantom bags is that the manufacturers own one model of the Phantom and make the bag for it, but it doesn't fit all of the slightly different models.  That's a key reason to get this DJI case.  It fits like a glove.

The zipper is the first thing I look at when reviewing bags because they are often not sewn well, or are too tight and eventually break.  This zipper seems to be of good quality and I don't see it being an issue long term.

I really like that the case is hard shell.  That seems to make sense in protecting something like the Phantom which is pretty fragile.

I do have some durability concerns with the material on the outside of the bag.  It seems to scratch pretty easily.  I don't think it'll break by any means, but I don't expect this bag to be looking anything like new a year from now.

Also, I don't like that the styrofoam on the top of the lid is not glued in.  Mine keeps shifting and I have to keep putting it back in its spot when shutting the pack.  I think I'll just get some glue and put mine in permanently.

One thing I like about the build of this backpack is that it has four feet on the back of the case so when you set it down, the bag is propped up on the small feet and off the ground, which is nice and will prevent some scratching.

The pack has a strap that goes over the phantom to keep it in place.  That's nice in case you open the case upside down or something, but not totally necessary because the phantom fits in so snuggly.

The straps on the bag really feel like the quality you'd expect to see on a typical school backpack (like a Jansport).  It's nothing premium, but adequate for carrying the bag.  The area where your back hits the backpack has air vents so you don't sweat like a hippo on the way to your shoot.  There is no waist belt, which I usually like to have, but doesn't really matter on this pack because all you're holding in the pack is an ultralight quadcopter.

Price and Where to Buy

You can get the DJI Phantom 3 Hardshell backpack on the DJI website, but I got mine on Amazon since the price is the same and Amazon's shipping and return policies are much better.  Get this backpack on Amazon here.  Be careful when ordering because there are multiple listings for this backpack and some of the other listings are for the slightly older version of the bag.  The link in the previous sentence is the current model (affiliate link).  You want the backpack that is labeled “Part 52.” 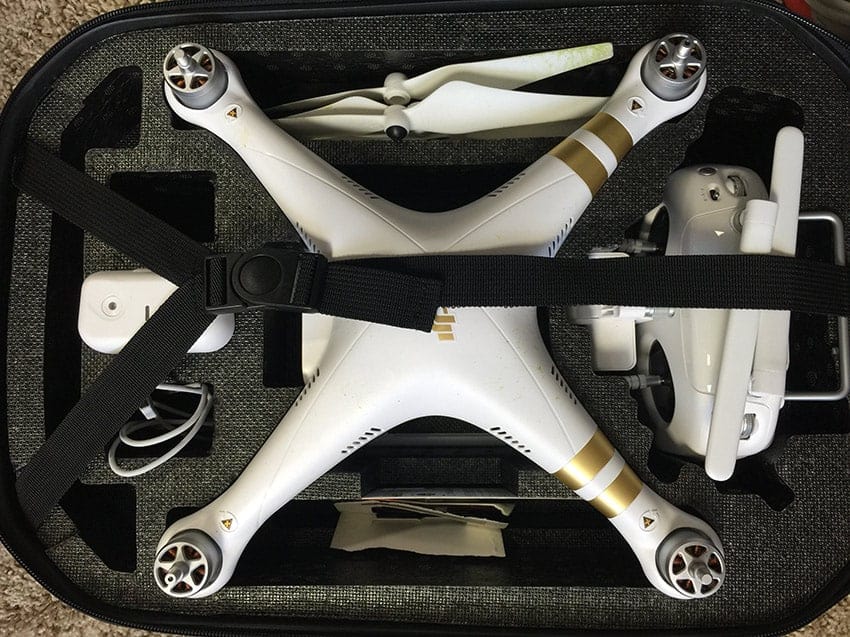