Nikon has announced a camera designed exclusively for astrophotography in their new D810a[gap size=”14.313em”]

You can see the full press release from Nikon here.  The new model has all of the same specs as the D810 model that was released in June of 2014 (the camera body that Jim is currently using).  The difference being a new optical filter included with the camera that is designed to better capture the light from those far off stars:

[blockquote cite=”Nikon press release – nikon.com” type=”left”]As common digital SLR cameras are designed with consideration of portrait and landscape photography, the transmission of light nearing the red range of visible light is suppressed for optimal reproduction of colors in those types of scenes. Therefore, images of nebulae and galaxies that emit H-alpha light often appear pale when captured with these cameras. In response to this issue, the optical filter (IR-cut filter), positioned on the front surface of the image sensor, adopted for the D810A has been modified with revision of transmission characteristics for four times greater transmission of H-alpha light than that used with the D810. This enables astrophotography with clear reproduction of the vivid reds emitted by nebulae and galaxies.[/blockquote]

The camera also offers a new long-exposure mode that can keep the shutter open for up to 900 seconds (15 minutes):

Due to this filter being in place, Nikon has a warning note in the press release:

[blockquote cite=”Nikon press release – nikon.com” type=”left”]The D810A is a digital SLR camera designed exclusively for astrophotography. When shooting under light sources with a significant amount of near-infrared wavelengths, or capturing common subjects exhibiting high reflectance at near-infrared wavelengths, resulting images may exhibit an unusually red cast. Because an appropriate color reproduction cannot be obtained, this model is not recommended for general photography.[/blockquote]

This isn't the first camera designed specifically for astrophotography.  Canon released an 8mp 20Da in 2005, follwed up with an 18mp 60Da in 2012.  Both crop-sensor formats.  Both doing roughly the same thing with an optical filter.  Neither really suitable for general photography.  In fact, if you are interested in getting a very rough idea of the difference this filter can make, check out this article that compares the Canon 60D with the 60Da.  With the sensor in the D810A using the same full frame 36mp in the D810, this should be a pretty significant step up from either Canon model.

If you are looking for a cheaper option, the two Canon models are still available at much cheaper prices (with much smaller sensors).  I have also seen modification services where you can take a normal edition camera body and not only have the filter added, but in some cases also add some cooling mechanism for the sensor since heat in the sensor adds noise to long exposures.  You'll have to look into that yourself if you are interested. 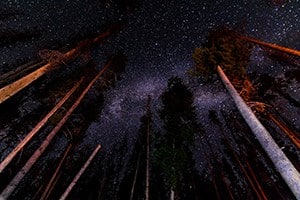 I love astrophotography.  I have taken more than a few stabs at it with my “normal” Canon camera bodies.  Unfortunately I have yet to get far enough away from light pollution for it to really work well.  But it is a ton of fun, even if the conditions weren't perfect and my shots are a little too noisy for me to really share.  Be sure to check out the IP Podocast episode 94 featuring Mark Gee on shooting the stars as well as Jim's great post on 11 essential tips for night photography.

Still, this seems like a lot of money to spend on a camera that will, for all other uses, look very red.  I have seen that there are compensating filters you can put on the front of the lens when not shooting the stars to counteract the effect, and of course you can change the white balance in post-processing, but it just isn't something for me as a hobbyist.

So all you galaxy chasers out there, does a nearly $4,000 astro specific camera sound interesting to you?