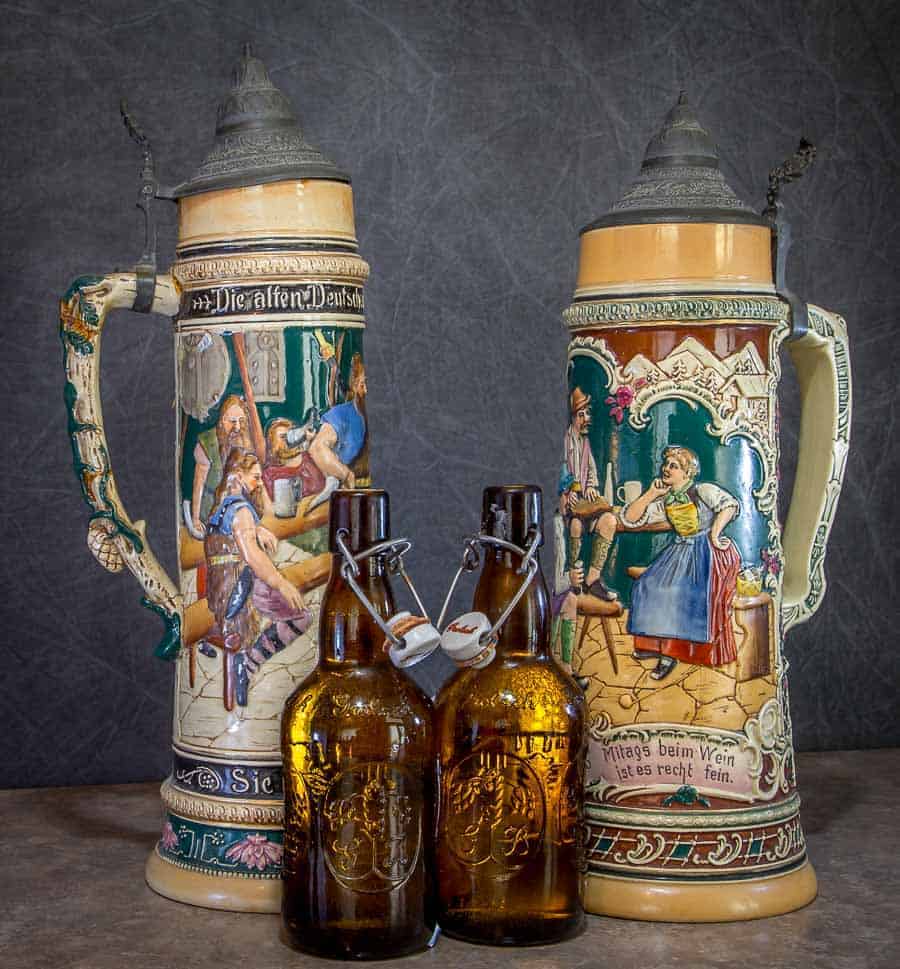 Most know that the word photography means “writing with light.”  But what type of light might that be?  Do you need expensive and specialized photo lighting equipment or can you with some ingenuity make compelling photos with cheap lighting creatively used?

The first photographers of the early 1820’s could only use natural daylight.  Exposures could take hours.  With time, faster film emulsions and better lenses were developed. Even then, those posing for portraits would have to stay still for minutes with the aid of posing stands.  Most couldn’t hold a smile that long so photos of the period show stiff poses and straight faces. 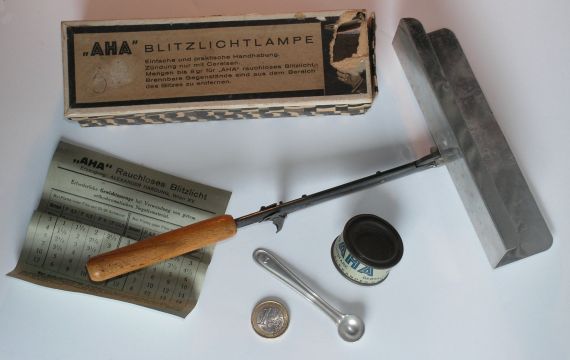 In the late 1800’s, “flash powder” was developed.  Put some in a tray, touch it off with a spark, and a brilliant flash (and a cloud of smoke) was produced.  Functional, but often dangerous.  Photographers were sometimes injured in the practice and a few died in accidents involving preparing the powder for usage. 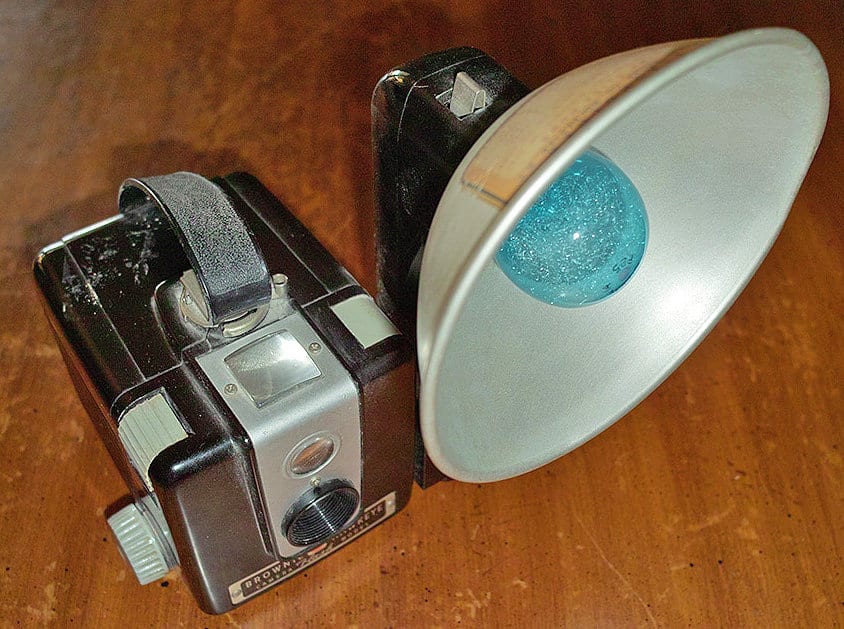 By 1927, General Electric had developed the flash bulb.  Magnesium, (and later zirconium) was contained in a glass (later plastic) bulb.  A spark ignited the contents and gave a resulting flash of light.  Because the ignited contents took a slight amount of time to reach full brightness, cameras typically fired the flash before opening the shutter to expose the film.  Of course, flashbulbs were also only good for one shot.  Some readers may remember using a 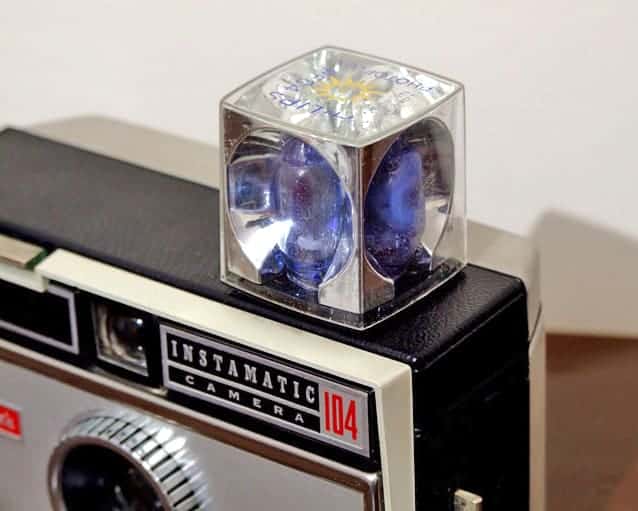 later development of the 1960’s, Kodak’s “flash cube.”  Four flashbulbs were contained in one cube which rotated after each shot.  Other companies produced variations, some with up to 10 flashbulbs in a single unit.

The development of the electronic flashtube by electrical engineer Harold Egerton in 1931 forever changed flash photography.  A capacitor stores energy which when triggered, ignites a flashtube filled with xenon gas.  Our modern speedlights and studio flashes still use this technology.

A light that flashes for a short duration is great for still photos, but motion pictures require continuous light.  The earliest such lights were carbon arc lights used in the early 1800’s.  Later filament incandescent lights replaced those.  Continued development brought things like quartz-halogen, HMI (another kind of arc lamp frequently used by film and television, but too expensive for most amateurs) and fluorescent tubes.

The newest lights being used for both still and motion picture work are the many variations of LED (Light-Emitting Diode) lights.  Those are the type I’ll discuss here and even more specifically, very small and inexpensive LED “flashlights” not designed for photo work, but as you will see, useful and functional for special photography applications.

The hardware store is not where photographers typically shop for photo lighting, but in this case, that’s exactly where I went for some small yet bright battery-powered LED lights, Harbor Freight to be specific.  The two types I choose were a small, 27-LED flashlight powered by 3-AAA batteries, cheap at $3.99 with batteries included and a different 6-LED worklight, which looked to use a different type of SMD-LED, it was powered by 3-AA batteries and cost $9.99.  It seems considerably brighter than the 27-LED version yet with fewer “bulbs.”

Are these are the best lights for photography? No, they were never designed with that in mind.  But in the hands of a creative photographer, they can produce some interesting looks and be used in creative ways.  I recruited the resources of several photographers in my camera club, handing them one of these lights and challenging them to make some creative photos.  I did a few myself.  The only restrictions were that they only use small LED-type lights.  Here are some of the shots they made.

As these lights typically are not nearly as bright as standard photo lighting and they do not produce a large volume of light, exposures must be adjusted accordingly.  A great application is in use with still-life photos.  ISO can be kept low, apertures adjusted as the photographer likes with the shutter speed being the controllable factor.  If a proper exposure takes several seconds, no problem.  In fact, a long exposure provides time for “light painting”, a technique that involves shining the light over the subject, effectively “painting it” with light.  If the photo is made where the ambient light is low, the LED light can even be turned on, the subject “painted”, the light turned off, repositioned, and the process repeated, all during one exposure.

Here are a few examples of that technique.  The Santa figurine was painted with a single 27-LED flashlight.

A five-second exposure gave ample time for the subject to be illuminated with the light.  The shot of the cowboy boots was done in a similar fashion but the photographer moved the light and painted the subject several times and from various angles during the 10-second exposure.   The image of the corkscrew slide was made at night and a single LED flashlight was used to paint the metallic surface during a 30-second exposure.

Though I didn’t illustrate it here, light painting is also a technique you should learn for use in outdoor photography.  Several articles have been done on its use here on the Improve Photography site.  Most outdoor photographers will have a headlamp in their bag and an additional flashlight is a good idea for those occasions when an extra splash of light or a light painting is called for.

The flexibility of light placement is another plus for small LED lights.  Typically these are battery-powered and small, so putting light in unusual spots becomes possible.  The light of some tiny LED Christmas lights emanates from her hands and softly illuminates her face in the photo of the woman in the adjacent photo.  Few other photo lights could be placed in such a location.  One of the photographers removed the stem and structure from the back of this flower so a small LED flashlight could illuminate the petals from behind and within, producing a unique look.

The color of light can greatly change the look of a photo.  Most photo lighting can be colored with gels.  Better LED lights panels often offer the ability to adjust color temperature.  With small LED lights almost any transparent colored material can be used to color the light.  There are also small battery-powered LED lights that are already different colors or can even be cycled through a range of colors.  In the shot of this pinecone, the maker used a blue LED light on the left side of the subject, a red one on the other side.  It didn’t matter if the lights weren’t particularly bright as with a static subject a 10-second exposure was no problem.

When using small LED lights, traditional photo lighting concepts still apply.  Three-point lighting is a foundational lighting technique I’ve written about here before.  The use of a key, fill, and backlight work just as well with these small light sources.  That technique was used for the photos of the condiments, the shells, the golf glove, and the beer steins.  Multiple LED lights were used and sometimes modifiers added to soften or redirect the light.  One challenge in using these kinds of lights is that standard support and light modifier equipment usually doesn’t fit.  I have found other hardware store items including clamps, zip-ties, and occasionally some tape help to hold small LED lights in position.  Often the lights will also have magnets on them and so sticking them to metal objects may aid in placement.  Figuring out how to place and control these lights will bring out the MacGyver in you, not a bad thing for a photographer to learn.

For this article, I decided to try something more challenging with these LED lights; a portrait.  The small, harsh, not exceptionally bright and rather uneven light these flashlights produce was not what most photographers are looking for when lighting portraits, particular when the subject is a woman (and even more so when the model is your wife!).  Had I been lighting a grizzled old cowboy and wanted to bring out the texture of his weathered face, harsh directional lighting might be just the thing.  Here I wanted to soften the light as must as possible.

Check the lighting diagram below to understand how I did this.  Three of the 27-LED flashlights were positioned at camera left, all shining into a piece of white foamcore board.  This was placed only a foot or so from my models’ face.  The relative size of the light source, that being the illuminated board gave much softer light than had I tried to use the lights directly.  This became my fill light.  For a key light, I held a single 27-LED flashlight high at camera right at about 45-degrees from center and pointed down, also at about 45-degrees.  My hair light was another 27-LED flashlight clamped to a light stand and positioned behind the model and at camera right, the light just grazing her left shoulder and hair.  Three-point lighting using five hardware store LED flashlights and an investment of about $20.00.  Maybe not the best way to light portraits, but the point is it worked.  (And, my wife was happy with the photo so I chalked that one up as a win.)

I think a prime attraction of photography for most of us is the ability to be creative.  That is the best reason for trying this kind of lighting.  I’m not suggesting you forgo the purchase of speedlights, studio lighting, or other professional photography lighting equipment and that all you need can be purchased from the hardware store.  The point is, these kinds of lights do have a place in photo work and aid in helping you be more creative.  The ability to use them in ways and places you might not use standard photo lights, their portability, and of course their budget price, do make them suitable for specialized kinds of photo work.  They may also offer a great learning opportunity helping new photographers understand lighting position, modification, and control before going out and purchasing more expensive equipment.

When you are ready to move up, LED lighting may still offer a good option.  LED light panels like these by Neewer and Yongnuo have found favor with videographers, but there’s no reason they can’t be used for still photography.  Other advantages of LED lights are cooler operating temperatures, dimmable lighting, control of color temperature, and often battery power which increases the flexibility of location use.  Many photographers find they prefer continuous lights over strobe-type lighting as it as it’s much easier to visualize the effects of placement, brightness, softness and other lighting control rather than trying to work with the momentary burst of light from a flash.  Setting exposure is also easier as you use the camera meter the same way you would with outdoor ambient lighting.  Think of using continuous light sources like LED as WYSIWYG for lighting.

The bottom line is the same as with all photography – Use the equipment as a means to capture your vision.  Whether you do that with a $3.99 LED flashlight or big-dollar studio strobes doesn’t matter.  Be creative and make great photos!