Menu
“So if you shoot in RAW or JPEG on your APS-C DSLR, make sure you choose AWB, not forgetting your optimum ISO to ensure that your CMOS/ CCD captures a great image bearing in mind the IS capabilities of the lens!”
Did that paragraph make any sense to you?
No? Then read on.

What is an acronym?

Let me give you an example.
JPEG.
This stands for Joint Photographic Experts Group.Is that explanation any use to you? Of course not.

But you get the idea.
And there are lots more of these in the world of photography. Small groups of words which someone somewhere has taken and reduced to a sequence of letters.
And do you know what? I hate them!
The English language is made up of words, not abbreviations and acronyms. I find that in my normal daily life I can manage to get the actual words out. I know this is not confined to photography, but that is what we are interested in here.
Here are my first 10 photography acronyms explained in plain English.
Enjoy.

What is this?  I knew this without having to look it up. Advanced Photo System Type C.
That’s clear then!
This actually refers to the size of a sensor, commonly called a crop sensor.
To explain, a full frame sensor is 36mm * 24mm. This is the size of a 35mm negative back in the good old days of film.
Not the new days of film – I don’t get that at all.
An APS-C sensor is similar to the size of the Advanced Photo System negative size, which was 25.1mm ×16.7mm. C refers to the classic size (there were also Classic and panoramic sizes, formed by cropping).
Both full frame and APS-C sensors are in the same aspect ratio, 3:2.
But the APS-C sensor is smaller.
Forget the numbers – that is enough.
To explain using Canon cameras as an example. As an APS-C sensor is smaller than a full frame sensor, the size of the sensor is described in relative terms to a full frame sensor. The term describing this relationship in sizes is the crop factor.
On a Canon camera the crop factor is 1.6*.
Bear with me – it is about to all make sense.
A Canon APS-C sensor is (approximately) 22.2mm x 14.8 mm. Multiply these dimensions by 1.6 and you are pretty close to 36mm*24mm.
OK. What does this mean? Should we care?
APS-C sensors are smaller than full frame sensors.APS-C cameras are generally cheaper than full-frame cameras.

If you put a 50mm lens no a full frame camera you get 50mm focal length.
If you put a 50mm lens no an APS-C camera (with a 1.6 crop factor) you get in effect a 80mm focal length.
That is the important difference.
Sure there are lots of other technical things that are different, but this is the most important thing for me. I shoot architectural, interior and landscape photography. I need my 17mm. If I had an APS-C camera, using my Canon 17-40mm lens I would have an actual focal length of 27mm – 64mm. And to get 17mm on an APS-C camera I would need a focal length of 10.6mm.
This is a complicated one. Just remember the focal length bit.
My advice- if you can afford full frame get full frame. If you can’t don’t worry about it. You will still get great shots – the important thing is what you point your camera at.

CCD stands for Charged Coupled Device.
Blimey. What’s that then? I need to introduce another acronym.

CMOS stands for complementary metal-oxide semi-conductor.
What are these things then?
CCD and CMOS are both types of sensors. In crude terms, CMOS sensors are cheaper to make than CCD sensors.
And what actually is a sensor?
A sensor is the digital equivalent of film.
That is how I understand it.
I have no idea what a sensor actually is. Having said that, I do not understand how my TV works, I just understand how to use it.
That is the point really – learn how to use something, but don’t worry about how it actually works, unless you want to that is.
If all you are interested in with cameras is taking photos then just fine – you are with me on that one.
Now I know this is not the most in-depth explanation of an acronym (or two) but who cares – they are sensors, they are in your camera, and they have something to do with taking photos.
Life is too short – lets move on.

Single lens reflex camera. The D in front is digital. Yes SLRs predate the digital camera.
As I do.
Slight digression – Canon’s first DSLR was announced on the year 2000! That is how new this digital photography world actually is.
Back to the acronym.
Single lens reflex basically refers to the fact that an SLR has a mirror (and a prism) that cleverly makes the image in your viewfinder the right way up. This is all baffling maths, science and physics stuff to be honest.
Before DSLRS SLRS used film.
Imagine that – film with no digital option?
And when you press the shutter button the mirror flips up out of the way to take the photo.
That’s it in a nutshell.
How is this relevant?
Guess where the term mirrorless came from? Yes you guessed it – cameras without mirrors.
If we were all starting again with cameras they would not have mirrors in them.
And come a day in the not too distant future I expect that we will all have moved on from cameras with mirrors in them.

I explained what the acronym means at the beginning of this article. Joint Photographic Experts Group.
That didn’t help much did it?
No.
This should – this is the bit that is relevant to us as photographers.
If you take a photo using the JPEG format on you camera the image saved to the memory card has an amount of processing applied at the time of image capture. This is baked into the file and cannot be undone. The image is compressed to a smaller file size.
Hold that thought for a few minutes and read on.

If you did not take a photo using the JPEG format, the other most common format is RAW.
On my Canon 6D I can shoot in JPEG, RAW or both. 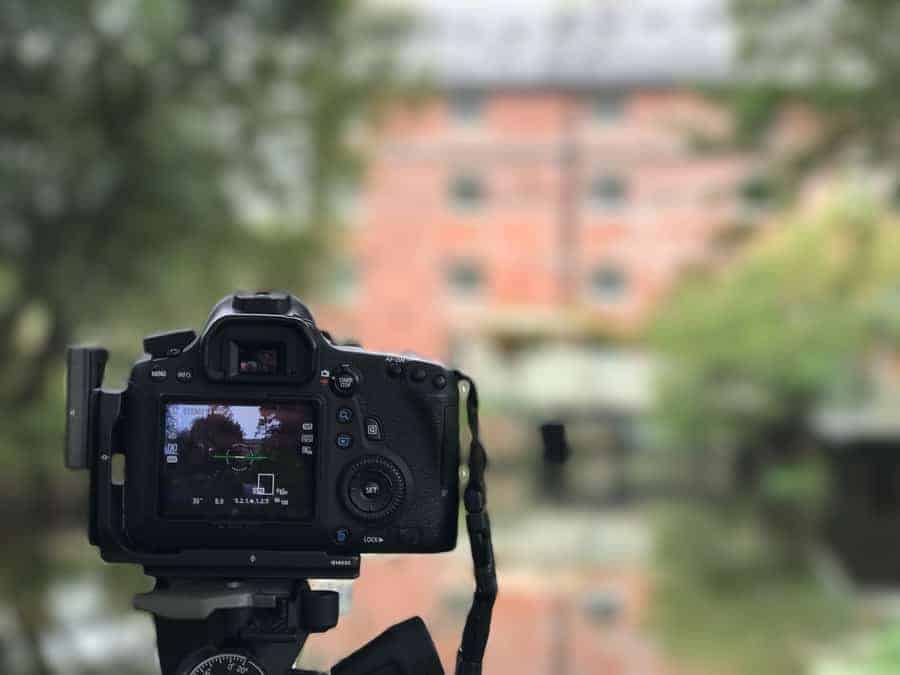 I shoot in RAW only on my Canon 6D.
A RAW file has no processing, and is not compressed at all. A RAW file looks flat and lifeless when viewed in Lightroom, especially compared to a JPEG file, but the RAW file has more information and more can be done in terms of image processing.
A RAW file is so flat Lightroom adds sharpening to 25 as a default even to a flat, dull RAW file.
But there is so much more that you can do with a RAW file.
Once I have processed a RAW file, I have to convert it to a JPEG to send to a client for them to be able to open it. To open a RAW file you need specialist software. Anyone can open a JPEG image.
So the basic rule I use is this.
That’s another two acronyms done
Sorry – one more point. The image you see on the screen of your camera is a Jpeg rendition of the file, even if you shoot in RAW!

Another hang-up from the days of film photography that we use in digital photography.
ISO was (sorry is) the speed of the film.
The speed of the film was related to the sensitivity of the film to light. Typically you would use ISO100 for bright daylight, 400 for less bright light and fast film, such as ISO800 and at a push ISO1600 for low light conditions.
And that was all we had back in the day.
ISO is still relevant today, as “film speed”, or more accurately the ISO setting you have set for the sensor, is one of the three parts of the exposure triangle.
ISO is the relative sensitivity of the sensor to light.

I wont go into that here – there are lots of other great articles on the Improve Photography website that explain this.
Just remember that the exposure triangle is
And in general terms the lower the number of the ISO used, the better the quality of image captured.
I always shoot at the lowest ISO I can, which is 100 on my Canon 6D.
A final word on ISO – photography does not have exclusive rights to ISO.
ISO is the International Organization for Standardization. And you know those containers you see stacked on ships – they are also called ISOs in certain industries.

AWB is Auto White Balance.
I use auto white balance because I am intrinsically lazy. And I shoot in RAW (see above) so am able to change the white balance to whatever I want after the event.
Now I know that there will be lots of purists and cleverer people than me telling me that I should set the white balance in-camera and get it right at the time, but really – what is the point?
My priority in taking photographs is the subject matter and composition. I quite honestly find this obsession with all this technical stuff at times boring.
On my Canon 6d the white balance pre-sets are as below. 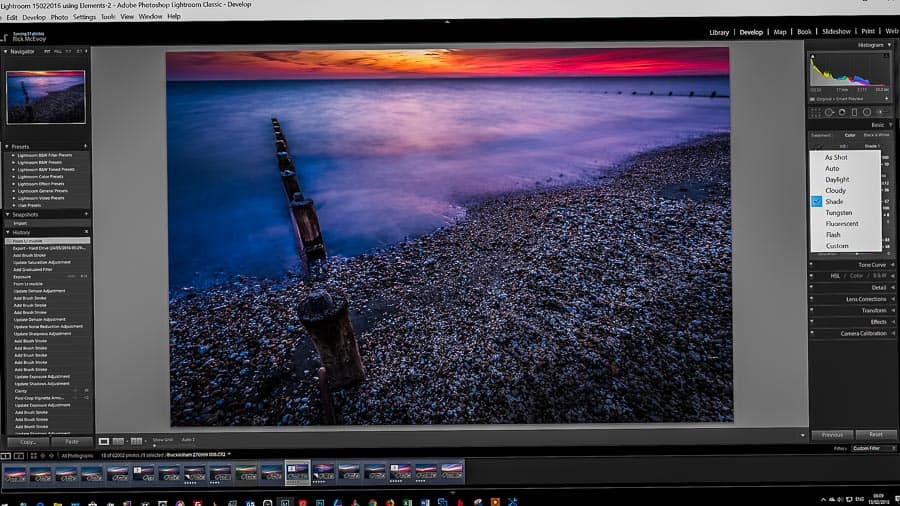 A TLA is a three letter acronym. Sorry – could not resist that one.
Summary
I hope that I have explained some of those baffling photography terms in a way that you can understand.
When I now say
“So if you shoot in RAW or JPEG on your APS-C DSLR, make sure you choose AWB, not forgetting your optimum ISO to ensure that your CMOS/ CCD captures a great image bearing in mind the IS capabilities of the lens!”
You know what I am talking about.
Link Disclosures