Technology is always changing and always updating, especially in photography. Every week there’s a new body, a new flash, or something else. Things are always getting better. I remember the first memory cards I had. I think they were 256mb. I thought that was huge! Now, it would hold like 10 photos.

Unless you want to go bankrupt, you have to be smart about your equipment purchases. This is something I have struggled with from the beginning. Awhile back, I thought I had finally found the perfect flash, and I’d never have to purchase another one. I shared my joy in the Flashpoint Zoom Li-on R2 In Depth Review. I’ve been using these flashes since, and I really do enjoy them. The battery life has been awesome, and I really like how the wireless system works.

The only real issue has been overheating. Several times now, I’ve been photographing dancing at weddings, and one of the flashes would stop firing. The annoying thing is I wasn’t pushing them that hard. I think I was around 1/32nd power and I was maybe firing 2 to 4 shot bursts. I could go lower on the power, but that might cause other issues.

I really do love theses flashes, and I could survive with them, but recently, I saw an opportunity and decided to jump on it. I bought the Flashpoint eVOLV 200 package, and now it might be my new go to lighting system. Well, I took it through some tests, and I thought I’d share how things went in my Flashpoint eVOLV 200 review.

I had been hearing great things about the eVOLV 200 and been interested for quite some time, but the main reason I bought it was because I got a great deal. It was Black Friday, and there was a special going on. I got a package that was consisting of everything I needed for two flashes. It came with the bare bulb head,  speed light head, silicone protection sleeve, umbrella mount, gel kit, and barn doors/grid combo. All of this fit into a carrying case about the size of a lunch box. 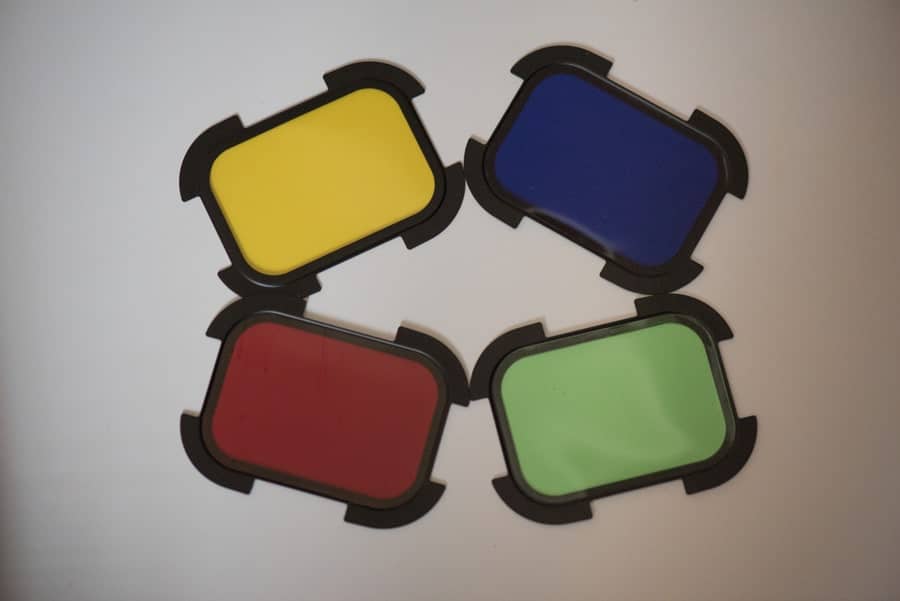 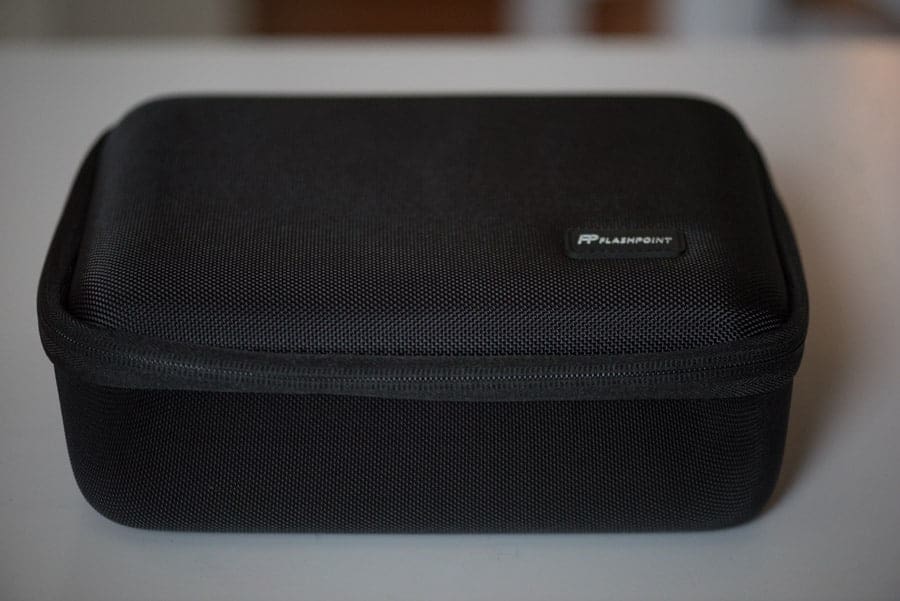 There was also a transmitter and a twin head adapter that lets you use two flashes at once and modifiers like a softbox. The only thing missing was the reflector that you use with the bare bulb head. I wish it had come with that, so I would have other options, so I might buy that later. 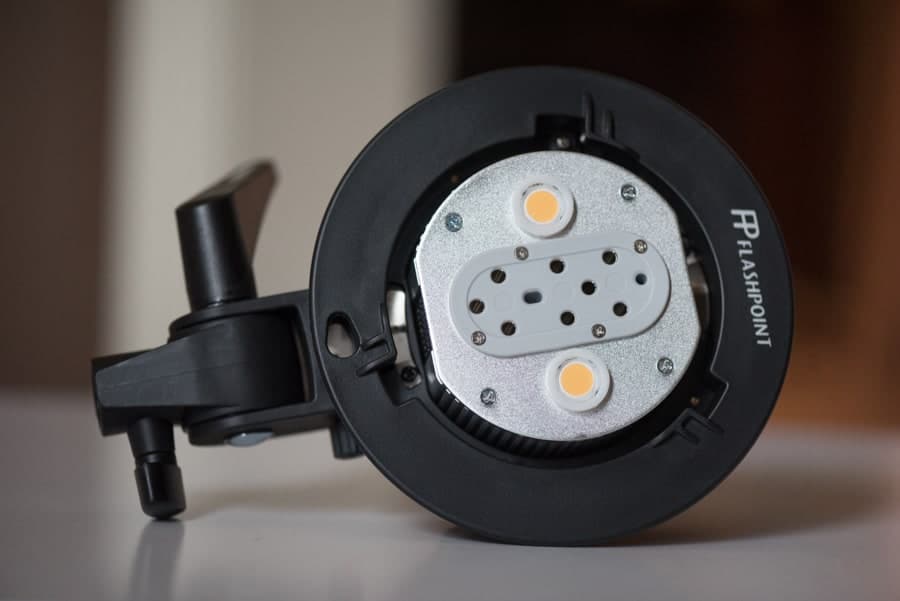 Right now the package is going for $790 or you can get one flash with all the accessories  except the transmitter and two head modifier for $327. How good was the deal I got? $531!!! It was too good a price not get it. I have no idea if that price will pop up again, so you might just have to keep watching it. Even at $790, that’s a pretty good deal for two strobes. The Profoto B2 has similar power and it’s $2,700 for two heads! 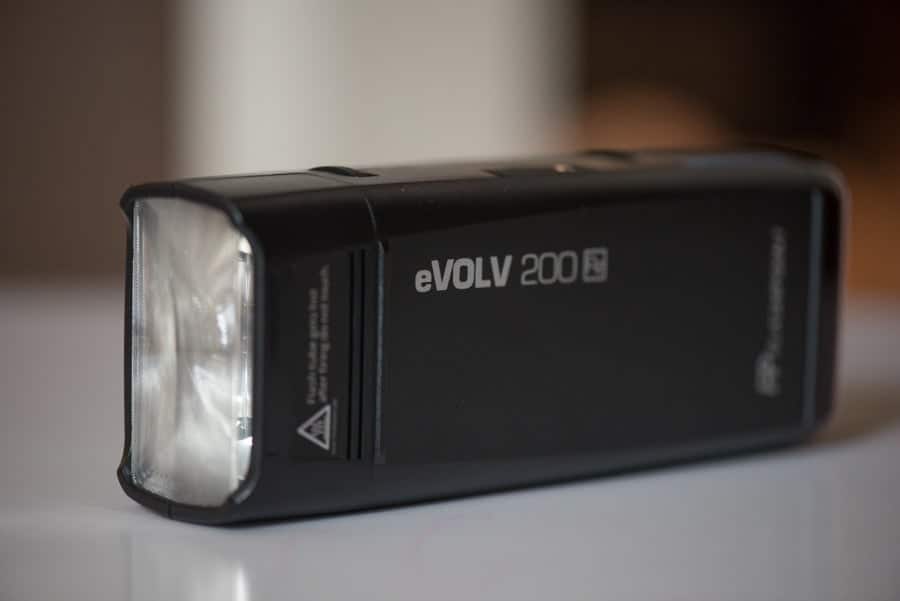 The LCD looks and feels about like any other LCD. The buttons are round and stick out just enough. When you push them, there’s enough give to tell that it’s being pushed, but it doesn’t feel like it’s far out to be broken or stuck. 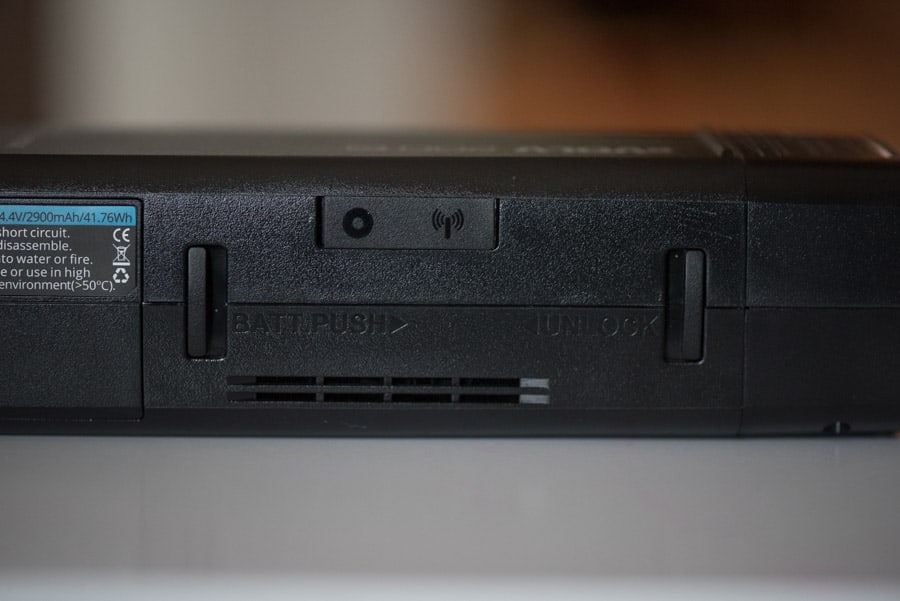 The accessories feel good for the most part. The  barn doors and grids are made of metal. The barn doors seem like they will last, but the honeycomb part of the grids, though, seems thin and flimsy. I know this is common because it has to be thin, but I almost broke it when trying to put it on and pull it off for the first time. Most likely in the future, I will use MagGrid instead. The rubber isn’t going to break, and it’s a lot faster to put it on and take it off. 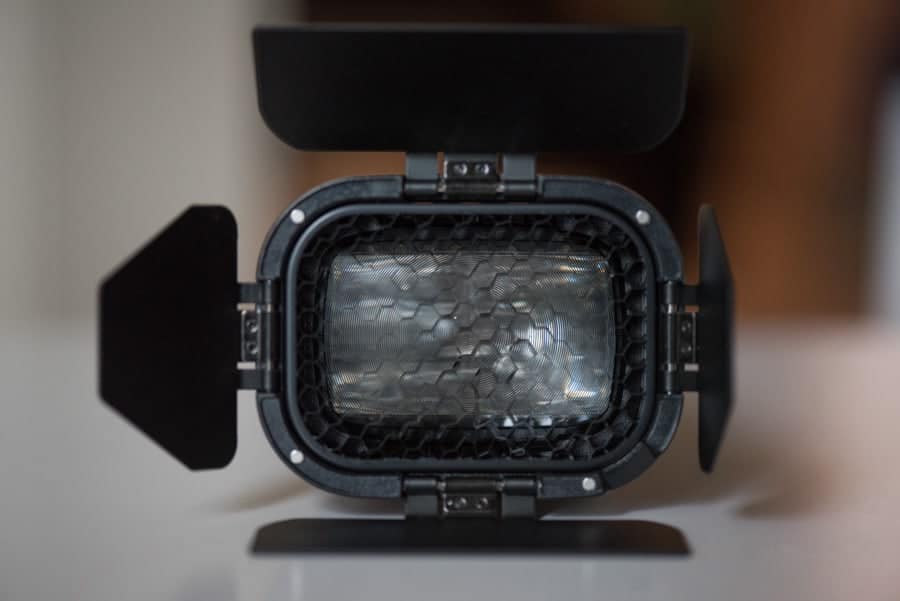 As I mentioned earlier, one of my main issues with my old flash was that it would overheat too easily. I was hoping the higher power of the eVOLV 200 would let me shoot at a lower power and not have the flash overheat. At my last wedding of the year, I used the two eVOLV 200s for dancing, and I had no issue with overheating. I think I was shooting around 1/128th or or 1/64th, so that might be the reason why.

The eVOLV 200 is in between a speed light and a studio flash. It looks like a speed light but it can fire up to 200 watts. I’ve seen plenty of people use them for sunset photos, and with the two flash combo, you might be able to use for outdoor portraits and overpower the sun, depending on the distance and modifier. 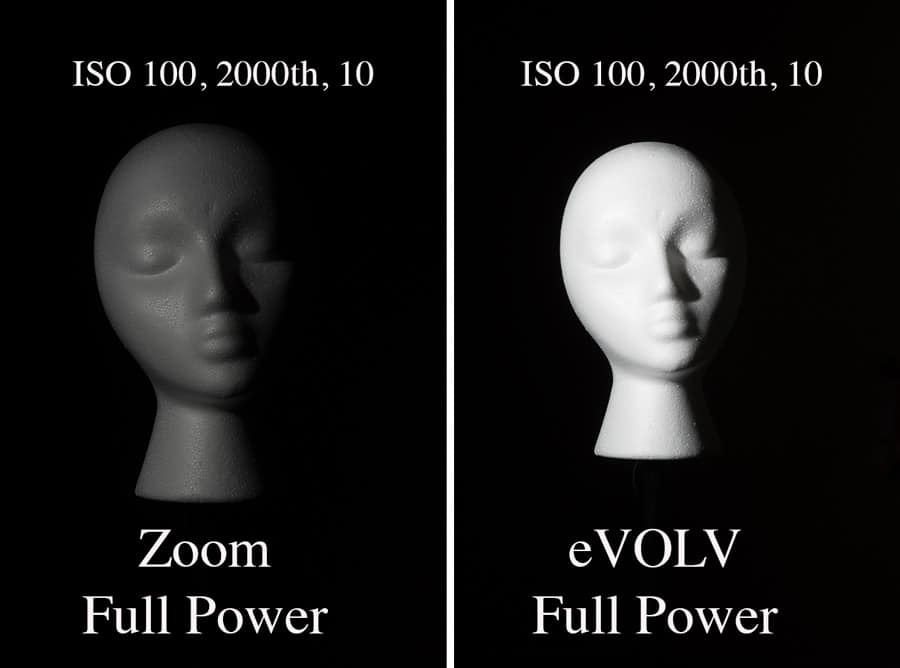 The eVOLV might be too powerful for some situations, like a low lit room. It can go down to 1/128th power, but that still might be too much. This isn’t that big of a deal, but it is something to consider. I will have a regular speed light with me anyway, so I will just switch to it for those situations. 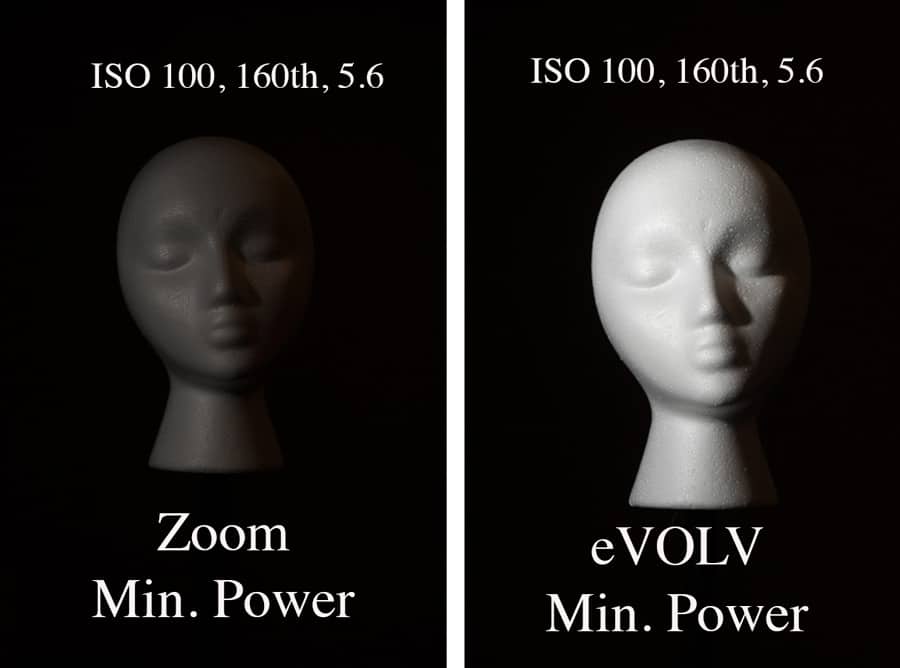 Recycle speed is important to me. I need to be able to fire off multiple shots quickly and not have to worry about the flash keeping up. The Zoom Li-on is very impressive. At the lower powers, the recycle is instant. Even in the higher powers, you’re only waiting a second. The problem, though, as I said, is that it tends to overheat. The eVOLV 200 has the same fast speed, but it doesn't overheat in the same situations. On the lower power settings, the recharge is instant, and at its highest power, it is still under 2 seconds, and remember, most won’t be shooting at that high of power.

For me, the first test of a product is whether I have to read instructions or not. I want a product to be simple enough that I can just look at it and figure things out. That was the case with the eVOLV 200. I didn’t have to read instructions. It was pretty easy to just figure out. There are only 3 buttons and a dial. I just turned it on and tried each button and figured it out. 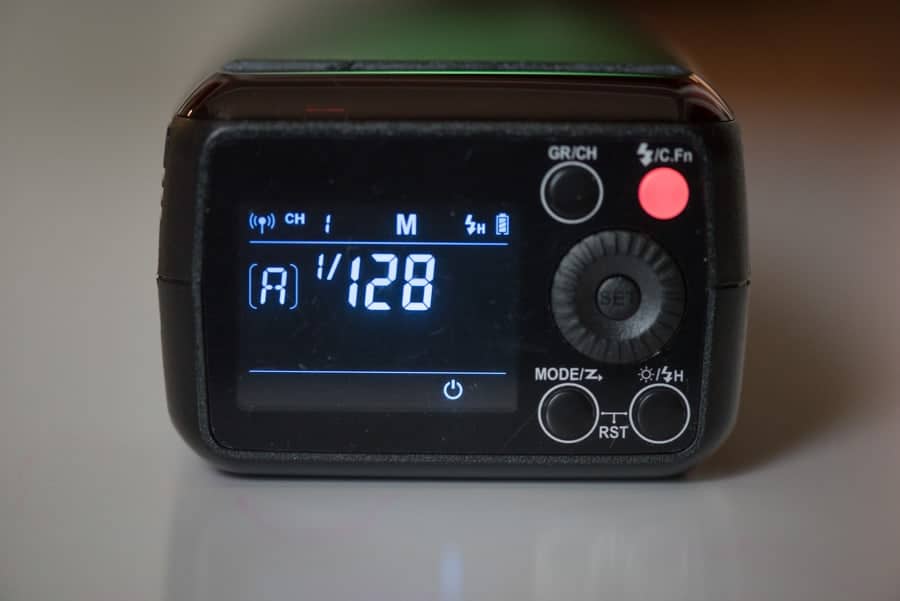 The modes and symbols were all the same as the Flashpoint Zoom Li-on so that might be why it was so easy. The only thing that confused me at all was switching the heads. I figured you pulled it off straight off, but really it slid up.

As far as shooting goes, it’s just as easy. The eVOLV 200 uses a battery pack just like the Flashpoint Zoom Li-on, so I don’t have to deal with AA batteries, and I don’t have to plug it into a wall or giant battery pack like a studio strobe. The only issue with the battery would be if it goes out in the middle of the shoot. I don’t have a replacement right now. I don’t see this being an issue though with it having 500 full power flashes.

There were a few small inconveniences, but nothing that I couldn’t work around. First, the eVOLV 200 can only be used off camera. It doesn’t have a hot shoe and it doesn’t bend. There are two spots on the flash where you can thread it. 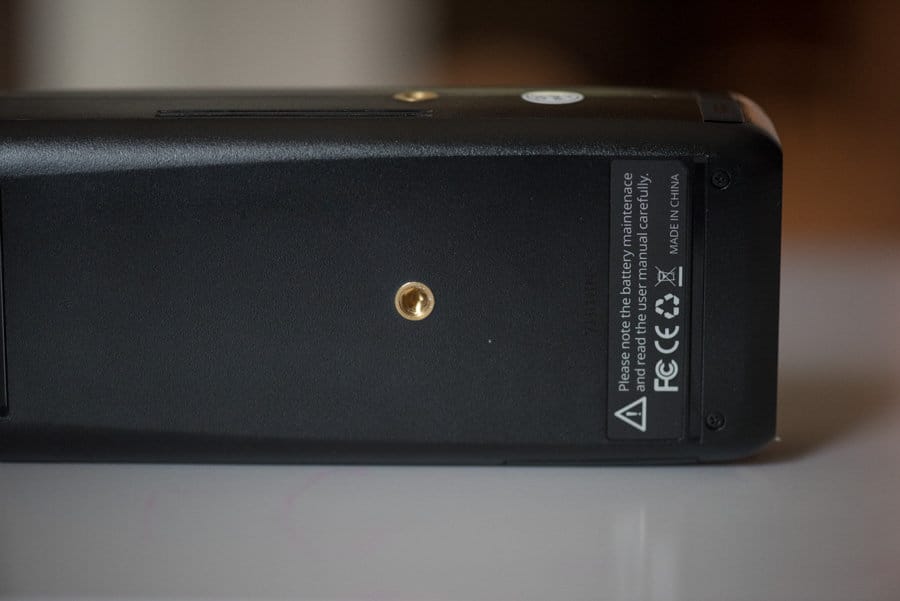 This does limit you a bit and it is slower than a hot shoe, but it does feel more secure. When I’m using a speed light, I will rotate the head depending on the situation. I guess it doesn’t really matter that eVOLV can't bend considering it can’t be on the camera anyway. Second, the transmitter that came with it worked but there was no hot shoe on it. This means I can’t mount a flash on top of the transmitter. The other transmitter I have, the R2, has one, so I prefer it. Lastly, these flashes are big. My other speed lights barely fit into my bag as it is, so I’m going to have to figure out a different way of storing them.

The eVOLV 200 has a lot of the great features I liked in the Zoom Li-on but it also some new ones. HSS has become something that’s part of my normal shooting style. Most flashes have it these days and I definitely wouldn’t buy a flash that didn’t have it. TTL and wireless is the same. It’s just expected these days. I really don’t use TTL a ton, but it’s nice to have in some situations. Wireless is the only way to use these flashes, so it better work well. I tried out both remotes with the eVOLV 200s and Zoom Li-on and had no real issues. One thing to beware is that when the batteries get low in the transmitter, you will start to have misfires. One nice change is that the eVOLV has a modeling light like most studio strobes. It doesn’t produce a ton of light, but it is enough to see where the light pattern and to help with focusing.

One of the greatest features is that all the Flashpoint system works together. I can use the eVOLV 200s, the Xplor 600, and the Zoom Li-on all at the same time. I just set each one on a different group, and then I can control them with the same transmitter. 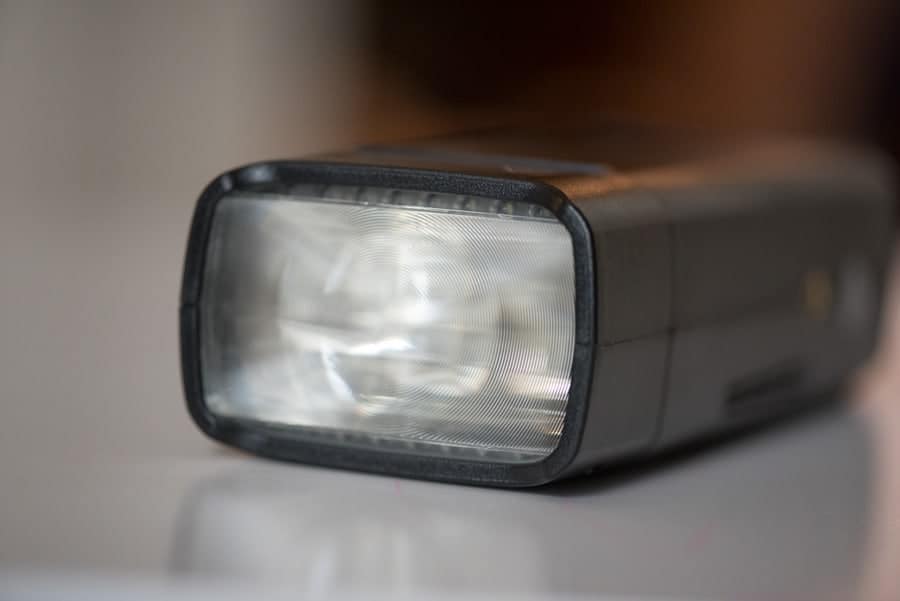 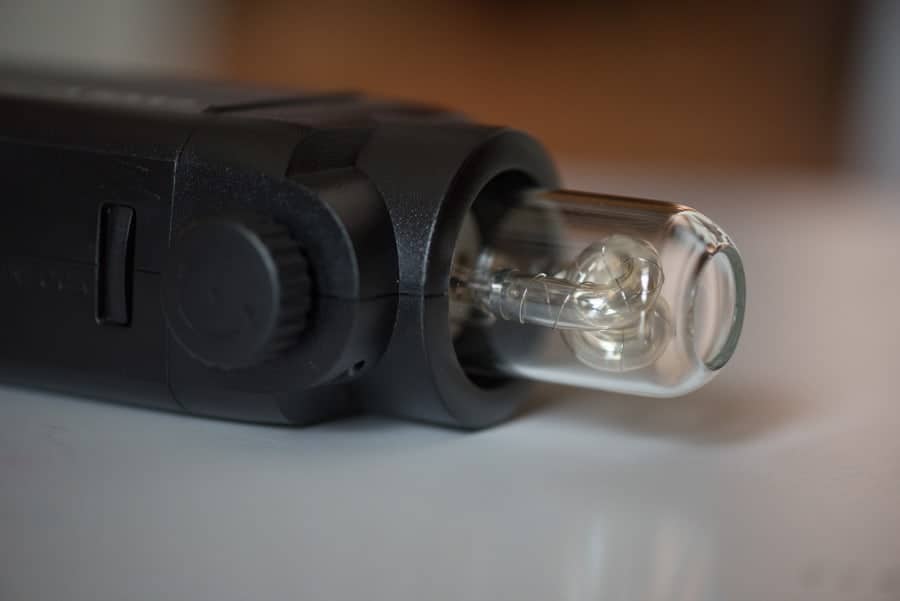 The grids are pretty easy to get out, but you just have to be careful not to push in the middle. One nice thing about the gels is that they are magnetic. You just plop them on there similar to MagMod. The bare bulb can be used with the reflector or with the double head that works with softboxes. 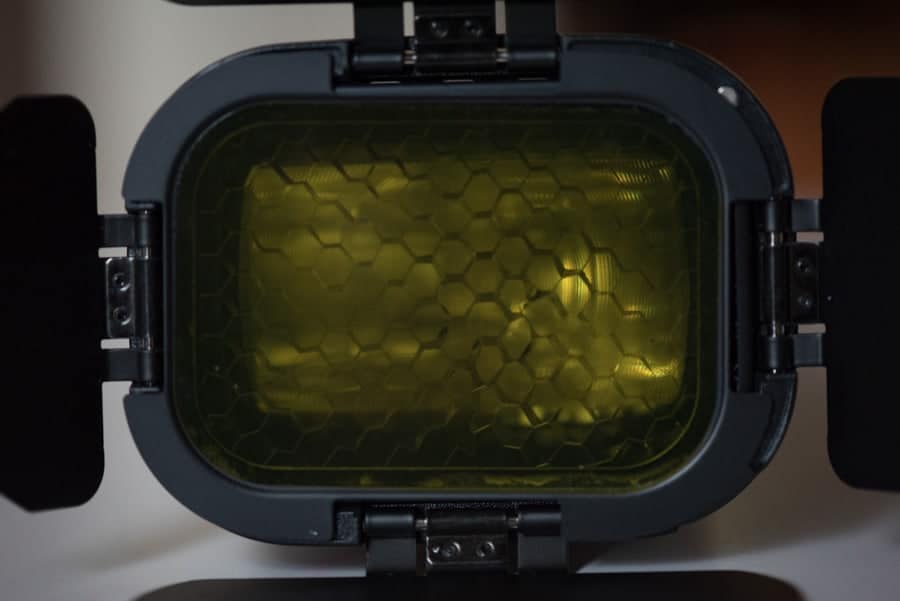 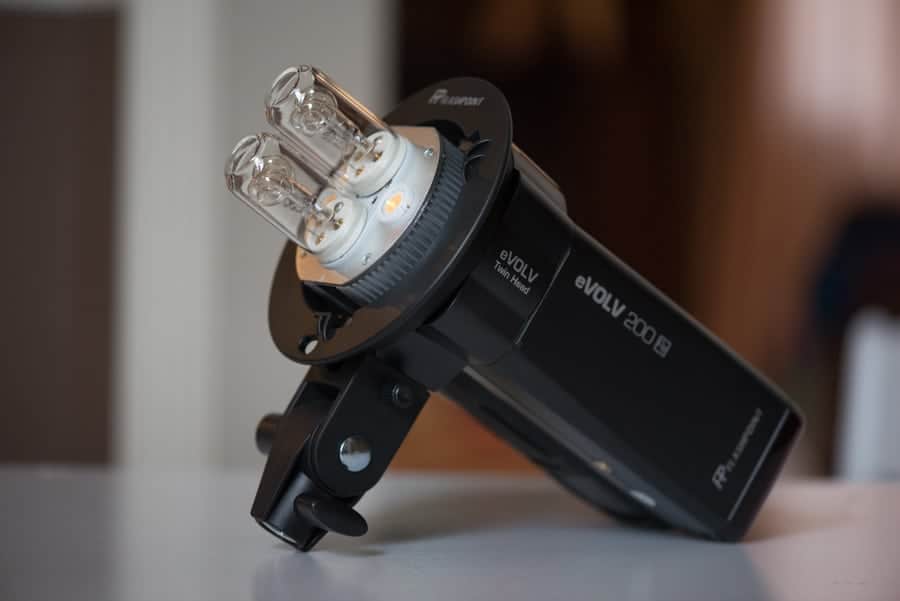 For me, I will use the speelight heads the most, but for outdoor portraits, I’ll be using the double head adapter with an octabox.

The eVOLV 200 is rated at 500 full power flashes in one charge. That’s a lot, and I’m not sure how many that would be for the lower settings.

When I used them at the wedding and I tested them out for this article, I was shooting for roughly an hour each time and they were still at full charge. Unless you’re shooting full power for multiple hours, one battery should be plenty.

Overall, I am really glad I went ahead and purchased the eVOLV 200 package. It was a great price, and it looks to have solved the overheating issue I was having with the Zoom Li-on.

Will I sell my Zoom Li-on flashes and replace them with these? That’s yet to be seen. It partially depends on how much I could get for them used. If it’s under a $100 a piece, that wouldn’t be worth it. Anyways, I always like having backup gear around anyway. I might possibly sell my SB-910’s now and replace with these. The eVOLV might replace the Xplor 600 as well, but I'll need to test them with the dual head more first.

For now, I’m going to continue using and testing the eVOLV 200s at weddings and during portrait sessions. I’m really hoping this is my last flash purchase for awhile. If you do any kind of off-camera flash work, you should check out the eVOLV 200. I’d love to hear what everyone thinks.