A little over a year ago I decided it would be beneficial for me to switch camera systems.  At the time, I was shooting with a Canon 6D and focusing primarily on night sky photography.  The 6D was not a bad camera for night sky photography by any stretch of the imagination.  However, since I had bought the camera without much knowledge of what was available from other camera manufacturers at that time, I eventually realized that there were other cameras that better suited my needs and allowed me to get higher quality photos with less time and effort.

To say that I’m a Type A personality when it comes to making decisions is an understatement.  Throwing around phrases such as “analysis paralysis” and “obsessive researcher” would probably illustrate my decision-making process a bit better.  As a result, I considered plenty of options before making the switch.  Do I go switch to Nikon?  What about another brand?  What about mirrorless?  Do I actually need to switch, or are the new cameras that I do not have just shiny and enticing because I don’t have them?

While going through this process, the idea of a mirrorless camera intrigued me.  I had heard people rave about how much lighter they were, and Sony had just become a go-to brand for night sky shooters such as myself due to their sensors’ abilities to offer a high dynamic range and produce a file with low noise at high ISO settings.  This was enough to send me down the research rabbit hole reading all that I could on mirrorless systems.  Eventually, I learned that (for now at least) that a mirrorless camera was not the right choice for me.

For those who have not already slipped into a blind rage in defense of their mirrorless cameras, keep a few things in mind before reading on.  First, if you know how to use the gear you have, you can take great photos with just about any camera on the market right now—mirrorless, crop sensor, micro four-thirds, and others very much included.  My decision to switch from my Canon camera was not because I could not capture a night sky photo with my 6D; I had just reached a point with my photography that there were other cameras that could help me do so much more efficiently.  In addition, this is not necessarily an argument for why you should not buy a mirrorless camera.  I am hoping the decision-making process I went through may be able to help someone who may be trying to navigate through the same time of research.  With that said, here are the things I considered that ultimately led me to stick with a DSLR for my photography.

The battery life on mirrorless cameras just is not yet on the same level as DSLR cameras.  At the time of this writing, the best battery life I could find on a mirrorless camera was the newly released Sony A9, which is rated at 640 shots (and costs about $4,500 new).  Don’t get me wrong, a rating of 640 shots is a battery life I could work with, but it is not at all in a price range I could work with.  For a night photographer looking for a full-frame camera with low noise at high ISO settings, my options were mostly cameras such as the Sony A7R, Sony A7RII, Sony A7S, or Sony A7SII, the batteries for which are rated to get about 370 shots at their best.

Some of you may be thinking that you would never shoot 370 shots over the course of a day before getting to a place where you could recharge.  First of all, keep in mind that capturing a photo is not the only thing that drains your camera battery.  Things like examining your photos on the LCD can cause a hefty drain on battery, and shooting in cold temperatures (as I often do with night sky photography) means an even shorter battery life.  In addition, if I plan to shoot a time lapse sequence or a series of long exposures, that battery life will most likely drain before I am finished capturing the shots I need.  Yes, I can carry extra batteries with me.  However, I can’t afford to have to switch batteries during a long exposure or a time lapse sequence.  And the possible need to carry additional batteries ties directly in to our next topic.

My camera bag weighs a lot.  This can present problems when I want to be in good enough shape to haul it up a mountain at night, but I am very much not in good enough shape to do so comfortably.  On top of that, my knees have always been about 30 years my senior.  After hearing all of the buzz about mirrorless systems being lighter and better for long distance hikers, I eagerly began my research, blindly hoping that I would be able to fit my new mirrorless system in a stylish, ergonomic fanny pack and ditch my large camera bag forever.  The more I researched, the more I learned that, while mirrorless systems are usually lighter than similar DSLR systems (“similar” being an important word there), the difference really is not all that substantial.

As an example, compare the full-frame camera body I currently own, a Nikon D750, to one of the full-frame mirrorless bodies I had been considering, the Sony A7RII.  The Nikon D750 with a battery installed weighs 755 grams.  The Sony A7RII with a battery installed weighs 625 grams.  For reference, the difference between the two is about the weight of a baseball.  Now take into account that the D750 has almost 4 times the battery life of the A7RII, and that the Sony batteries weigh 42.5 grams each, you add 127.5 grams to the setup to make their battery life equivalent.  Now the Sony setup is only 27.5 grams lighter, which is about the weight of three house keys.  If I really needed to save that 27.5 grams, I could always just leave my keys at home and go live in the woods forever…

Similar to the weight difference between the camera bodies, the difference between full-frame compatible DSLR lenses and full-frame compatible mirrorless lenses are fairly similar.  The weight differences are found less in which type of camera the lens is made for, and more in which features the lenses have.  Zoom lenses generally weigh more than prime lenses with similar focal lengths.  Wide aperture lenses weigh more than narrow aperture lenses.  Lenses with vibration reduction weigh more than those without.  And, to be fair, many mirrorless cameras boast in-camera stabilization, negating the need for stabilization in the lens. 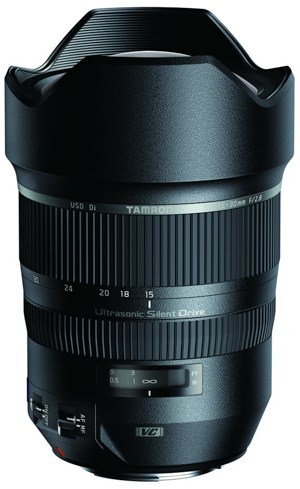 Lens selection among mirrorless cameras systems is an “issue” that steadily continues to improve.  I put the word issue in quotations because, depending upon your lens needs (or desires), you may or may not have an issue finding the right lens.  For me, however, I was on the hunt for an ultra wide angle, fast aperture zoom lens similar to the Canon 16-35 mm f/2.8 or the Tamron 15-30 mm f/2.8.  Unfortunately for me, such an option for Sony mirrorless cameras, for example, was only just announced recently.  In addition, the lens is listed at around $2,200 new, which is $1,000 more than the Tamron 15-30 mm lens I now own for my D750.  The third-party lens manufacturers have not yet broken into the full-frame mirrorless game like they have for Canon, Nikon, and Sony A-mount.  This means less competition in the market for buyers, and potentially no incentive to try to keep costs down.  Further, it means that I would need an adapter if I wanted to fit my DSLR lens (adding slightly more weight to the system) to a mirrorless camera, which can sometimes cause issues with autofocus.

The classic DSLR versus mirrorless debates typically mention the ideas above, while also throwing in things like autofocus speed and “I don’t like how the mirrorless camera fits in my hand” for good measure.  For me, autofocus speed was not a concern since I primarily shoot landscapes (and with the improvement of autofocus in mirrorless systems, it has started to become moot anyway), and while I do like the size of the D750 in my hand, the size of a smaller camera is something I am sure I could get used too if all else were equal.

What I eventually realized during my research is that if I really wanted to save weight in my camera bag when hiking, DSLR versus mirrorless was not really the thing I needed to be considering.  Instead, I needed to see where the weight in my bag came from the most: fast aperture lenses, zoom lenses, and, to an extent, a full-frame camera body.

While my love of versatile lenses gives me the ability to take most of my shots with two lenses (a Tamron 15-30mm f/2.8 and a Nikon 24-120mm f/4), that versatility does mean additional weight, especially with regard to the 2.5-pound beast of a Tamron.  So, when I started venturing into the mountains more often for Milky Way photography, I decided that I could get by with a 15mm prime lens that weighs half that of the Tamron.

Further, since crop sensor cameras and micro four-thirds cameras and their associated lenses are typically lighter than their full-frame counterparts, that was another area I could look to.  However, since these bodies usually have a tougher time producing files with low noise, I decided that I would rather have the heavier camera bag and make concessions on which lenses I was carrying on hikes to save weight.

This may sound like a strange thing to say at the end of an article musing about which type of photography gear is the best, but I think it is important to stress that if we all spent more time thinking about and researching aspects of photography other than gear, we would probably all be better photographers.  I spent a ton of time researching which camera system I wanted to switch to.  And, while I am happy with my choice, I have no doubt that my time and money could have been better spent studying light, composition, and post-processing techniques.  My hope is that my decision-making process for deciding if a mirrorless or DSLR camera was right for me might be able to help someone else move through that process much quicker.  If you are looking to make a gear switch, decide first if it is something that will truly improve your photos.  If you think it will, and you know for sure that you are not just lying to yourself, go to a camera store, try out a few different options, see what feels best, and then go to the library and read a whole bunch of books on photography.

Remember libraries?  Apparently, they still have those.  And everything in them is free.  Oddly enough, free books cost much less than a mirrorless OR a DSLR camera.  So, you know, case closed.

39 thoughts on “Why I Didn’t Switch to Mirrorless”