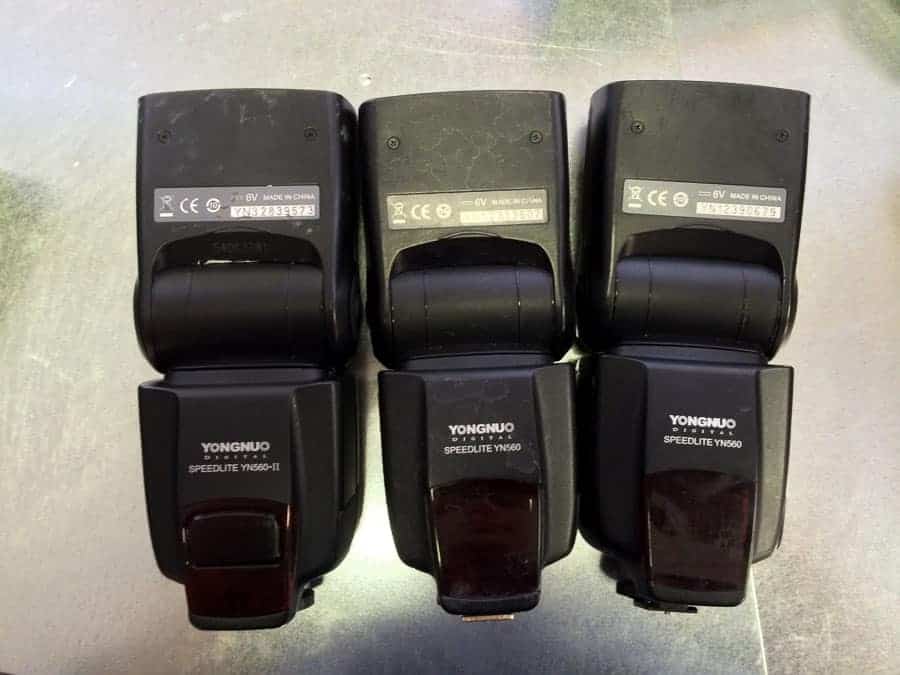 When a flash pops, it does so in a blink of an eye.  Instinctively, photographers know that the pop of a flash can freeze the action in the scene so it must be fast, but because the light seems to linger in our eyes, it can seem somewhat longer.  So the question I set to answer in this article is exactly how long a flash pop lasts.

In general, the flash duration on most speedlights is between 1/400 at full power, and 1/20,000 at low power.  This trend is reversed on many studio strobes, which have a shorter flash duration at higher power than at partial power.

The real trouble with flash duration numbers is that they are easily manipulated.  Unless you see the exact same setup test multiple flash units, it's difficult to compare the durations.  There are many ways to measure flash duration, and each manufacturer uses their own numbers.

The following numbers are T1 numbers for the YN-560.  This means 90% of the capacity of the flash output is measured.  You'll see they are longer than the SB700 numbers below, but this is only because the measure is different.  In reality, these flashes are very comparable in terms of flash duration.

By the way, if you'd like to learn how to use all the features on your YN-560 but you read the manual and were confused, check out the YN-560 manual that we re-wrote with lots of pictures.  It's really handy and will surely teach you lots of new things about your flash.

The following are T1 measurements (similar to YN560 numbers above).

Note: These numbers are only for the peak 50% capacity of the flash (T5).  You'll see they are significantly faster than the YN-560, but it's not an apples-to-apples comparison.

At 1/8 flash power and lower on most speedlights, flash duration really doesn't matter.  It's already so fast that only in scientific shooting situations would any real-world difference be visible in photos.

However, at full flash power and 1/2 power, there would be many situations where some amount of blurring could be visible and not stopped by the flash pop.  For example, if you were photographing someone riding a dirt bike like I did with Dave Black a few years ago, we saw significant blurring at 1/1 flash power.

However, there really is not a huge discrepancy between the flash durations of most popular speedlights.  The inexpensive YN-560 which I recommend on the Recommended Flash Gear section of this site, is right on par with the Canon and Nikon flashes which cost 5x more money.

One major takeaway from this article is that if you're shooting something fast moving and you need to stop the motion, you'll be far better off using two flashes at 1/4 power than a single flash at 1/2 power.

The numbers above are approximate and can easily be argued according to how they are measured and marketed by the flash makers.

Flash duration can be measured a few different common ways: (1) The duration for the peak pop of the flash to occur which releases about 50% of the light, (2) The time it takes to release 90% of the capacity, or (3) The time until the light is completely gone.

Generally, flash manufacturers advertise the first of these methods–the time it takes for the flash to release 50% of the flash power.  Why?  Because this number is shorter than the other numbers.  Since the power does not all release at a continuous flow during the duration, there is value, however, in knowing when the peak capacity is released and how long that takes.

8 thoughts on “Flash Duration of Speedlights: How long is the pop of a flash?”