Breakthrough Photography has recently released the details of their newest endeavor – entering the drop-in filter market.  Frequent listeners and readers had already caught wind of at least some of the coming product line, with both Nick Page & I having announced previously that we have been shooting with prototype drop-in filters from Breakthrough.

For anyone who is unfamiliar with the company, Breakthrough Photography has been producing an industry-changing set of circular filters since 2014.  They use MRC and an innovative nano technology to create what they claim to be the most color neutral filter available on the market.  That nano-technology combined with the Schott Superwhite B270® optical glass on which it is used, has produced a filter that offers the least color cast and highest degree of sharpness.

And now that technology comes to the 100mm drop-in market, as well.

Back in 2016, I did an extensive testing and comparison of most of the filter industry's leading manufacturers.  At the time, my own filter collection consisted of mostly inexpensive ‘junk' filters, and one B+W filter.  I was interested in learning what filters truly were the best, so I undertook a fairly massive amount of research and testing to find out.  My ND filter article was published first, and then I followed up also with a GND filter article.

At the time, I came to the conclusion that there were basically two ‘types' of filter users.  There are the guys who want to screw on an ND filter, in order to get their long exposure shot, or to deal with getting a wide open aperture look in bright light.  They screw the filter on, do their thing, and essentially view it as a basic tool of photography.  The other type of user is the photographer that views their filter set more akin to a set of a fine paint brushes.  They use a drop-in filter system to consciously slow down their process, and to produce visual creations in a deeply purposeful way.  While some folks spend a lot of obsessive “slow” time in their post processing in Photoshop, others spend that slow time in the field, sculpting their image using GND filters.

My decision back then was that I would be using exclusively Breakthrough Photography filters as my screw-on, utilitarian filters.   The sharpness is crazy good, and there is virtually NO color cast.  They clearly were the best tool available, and I was shocked.  Honestly, I was expecting to fall in love with the Singh-Ray filters, which were vastly more expensive, but the comparison wasn't even close.

I needed to figure out another alternative for a GND, because there truly wasn't a filter on the market that had that kind of sharpness and color neutrality.  I came to the conclusion, as I think a great many photographers have, to use Lee filters, and get used to adjusting for the blue tint to everything.  I distinctly recall hoping and wishing that this day would come, that Breakthrough Photography would produce GND filters to pair with their NDs.

When I received the prototype of the Breakthrough Photography 3-stop soft GND, I could hardly wait to get it out in the field for some test shooting!  I headed to New England for a road trip.  Unfortunately, the weather really didn't cooperate most of the trip, but I did get a clear morning where the sun was coming up over the ocean.  There is not much of a composition here, but at least it was an opportunity to test the filter.  This shot was using only the 3-stop soft GND. 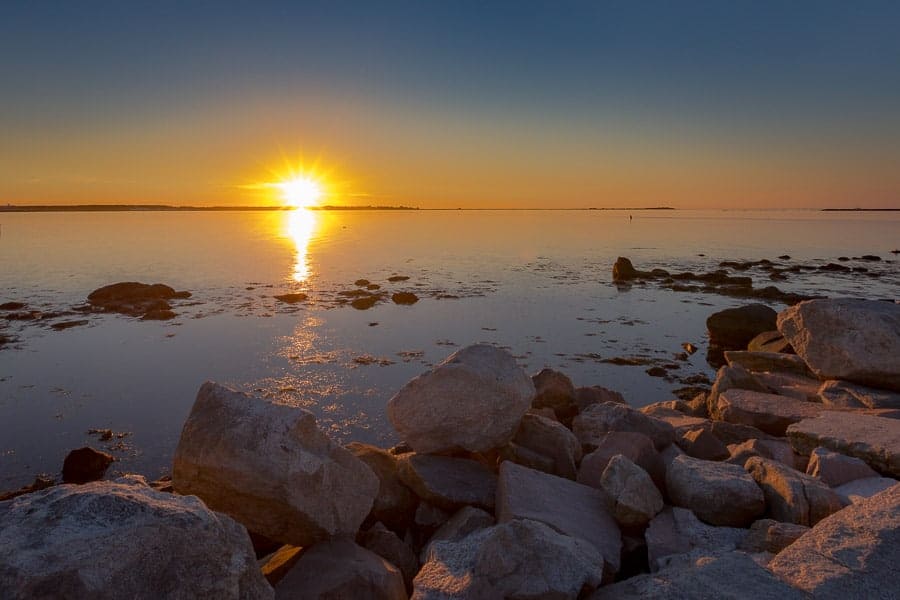 I was able to use the GND in conjunction with a 3-stop ND while in North Carolina at the Surf City Fishing Pier.  I was absolutely thrilled by the outcome of pairing the two together. 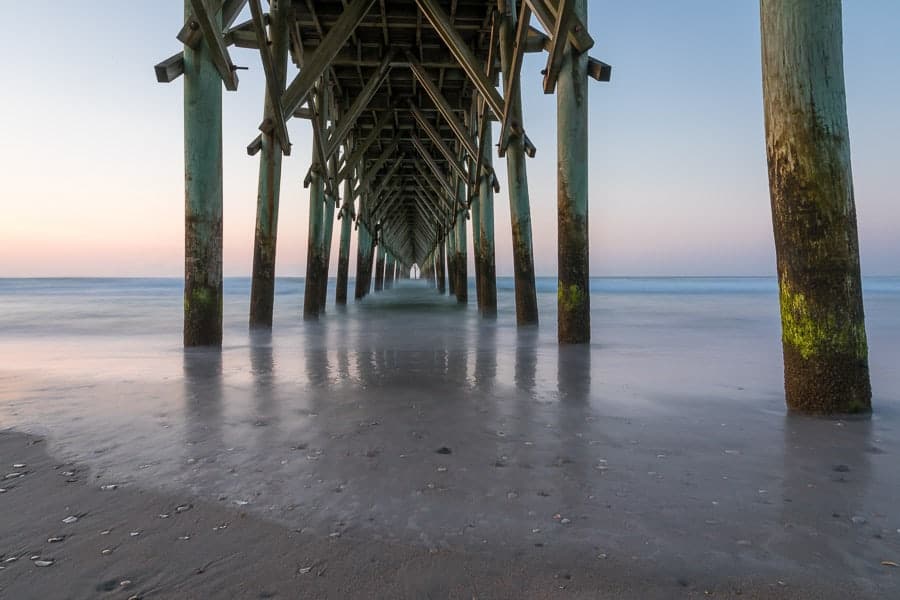 The above two images had absolutely no photoshop editing whatsoever, and just some basic levels adjustments in Lightroom.  The next photo, however, utilizes the GND alone, but I used it to shoot a set of three bracketed images, and then combined them with Photoshop and Lumenzia. 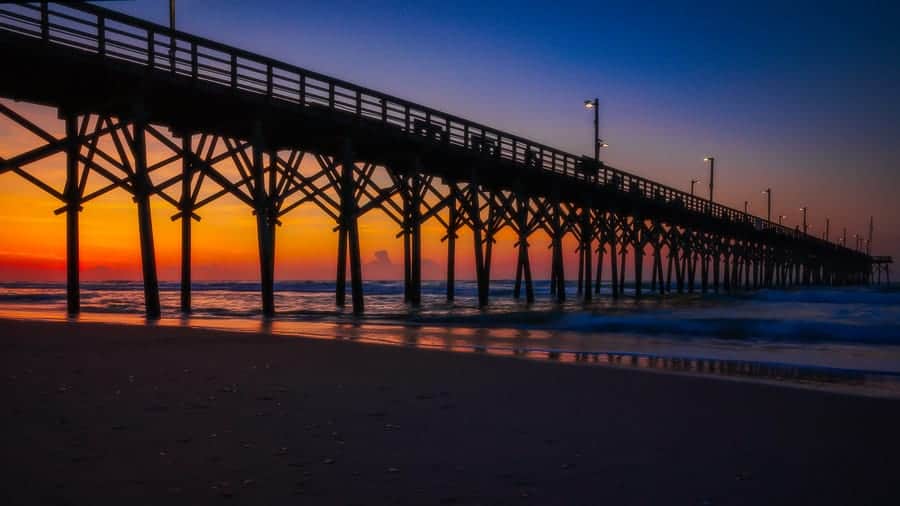 Another tremendously exciting thing about the news from Breakthrough is a new holder that has some great design ideas.  I have not seen or used the new holder as of the publishing of this article, but I will be receiving one eventually, and when I do, I'll check it out and update the information here.  It's made of aluminum instead of cheap plastic, as used in the Lee filter holder.  I actually hated the Lee filter holder when I did my original article, and have been using a Vu filter holder since doing that review.  The really cool thing about the holder is that the price is reasonable.  Full price for the filter is $49, and through the Kickstarter campaign, it will be a $39 add-on.

Breakthrough is offering a 300-day 100% money back guarantee with this Kickstarter campaign.  This includes opened products that you simply aren't in love with.  On top of that is the 25-year Ironclad Guarantee.  Clearly the folks over at Breakthrough are playing to win.  They not only expect you to love their product, but also for that product to last a quarter of a century.

I think it's only responsible writing to mention that Kickstarter is not a retail store.  The nature of Kickstarter requires that the investor assume a certain amount of risk that the product will actually come to market, and be distributed.  Obviously with two incredibly successful Kickstarters under their belt, I think this is as safe as any Kickstarter possibly could be.  The company is at the forefront of technology and they are better than their competitors.  They have a proven track record of successfully completed campaigns, and they have a passion for photography and for quality gear.  The Kickstarter will go live on April 25th, and I will link to it here within the article at that time.

Here's the link to their Kickstarter!