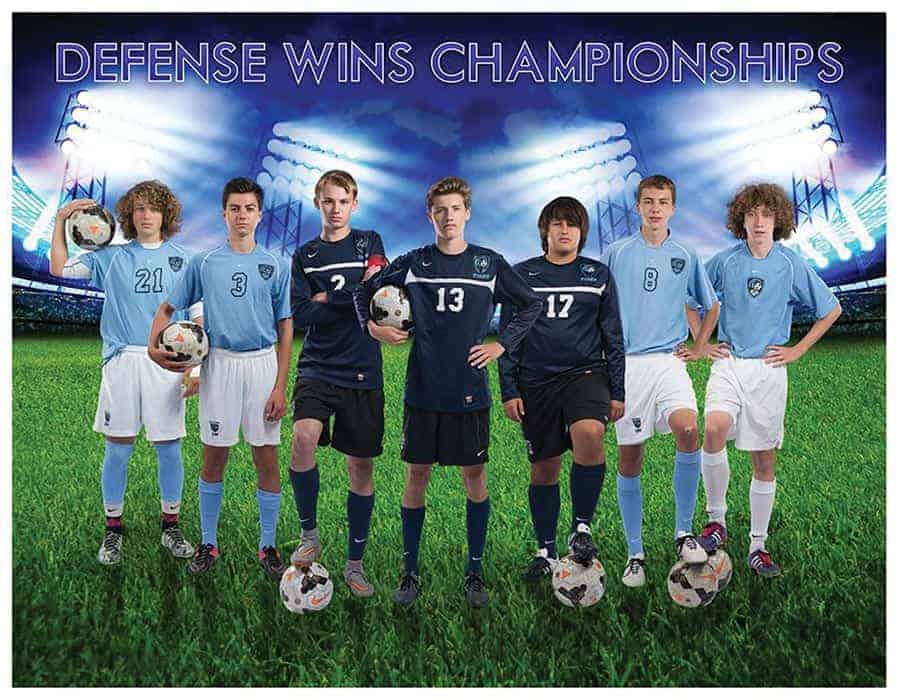 Like most high school athletics, money is tight at the school where I shoot a lot of soccer.  In fact I donate 100% of the profit from my action pictures during the boy’s season back to the boys’ soccer program.  Why do I “give away” my money to the school?  This happens to be the high school that both my wife and I graduated from as well as all three of our boys.  We are true supporters of our school.  This money helps but $200 a year is barely a drop in the bucket.

There are a lot of ways for school athletic programs to raise money from online services such as Snap!-Raise.com and gofundme.com. These services can sometimes take as much as 30% of the amount raised. They can host car washes and raise a few hundred dollars or sell cookie dough, wrapping paper, magazines and still not raise a lot of money.

I approached the coach at the school I shoot (also where my kids play(ed)) to talk about more ways I could help with the fundraising.  We came up with a 12 month Calendar.  Now we just had to figure out how to monetize it in an efficient manner.  We had a sale price we had to stay under so now it was time for the costs.

When printing a volume product such as posters and calendars the usual photo labs are not an option.  They are geared towards making beautiful prints of portraits and landscapes in lower quantities.  We need a good quality mass production print shop instead of a photo print lab.  After some Bing’n and Google’n I found a few places that looked promising:

We decided the sale price for the calendar would be $30.  I am going to handle the actual shoot, design and printing so I will sell the calendar to the Boosters program for $12.50ea.  That lets the program have a profit of $17.50 per calendar sold. We then chose a calendar template that allows for some advertising space.  Each month will have two advertisements and will be sold for $125 each.  A grand total of $3000.  So if the program sells at least 100 calendars and all the ad spots they will raise $4750.  The boys soccer program is made of 3 teams and a total of 50 players.  Each player is asked to sell at least 3 calendars so they should sell at least 150 calendars and bring in closer to $5500. 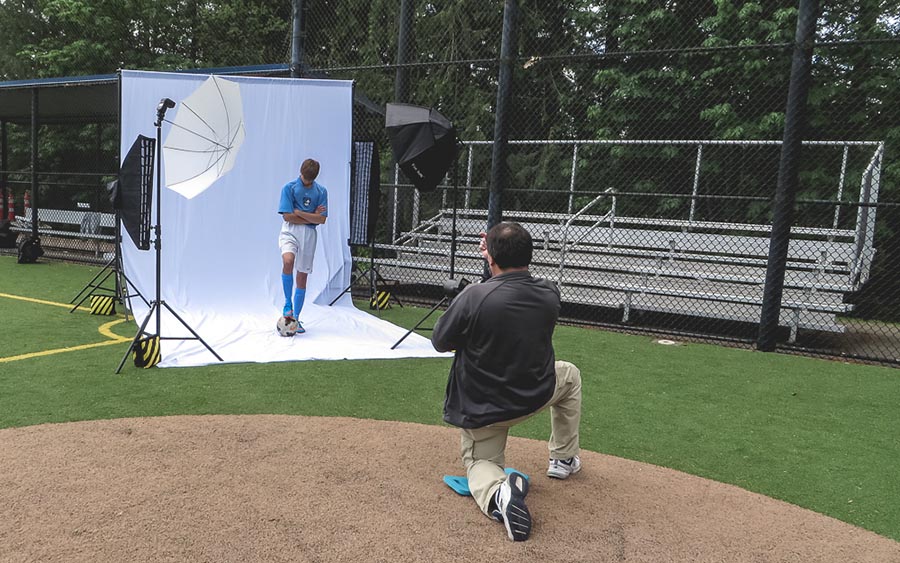 The day of the shoot I made sure the players were treated like stars.  I brought in food and drinks and with the big backdrop and lights the kids felt like stars.  They all had a blast and so did I during this shoot.

One thing that is a must is a Model Release.  While I photographed every player only the players who had a signed model release are going to appear in the Calendar.  We are selling the calendar as a fundraiser so who it will be sold to is out of our hands.  A model release is an absolute must.  If you need a good model release be sure to check out this article on Improve Photography https://improvephotography.com/8196/photography-contracts/

I had every player give me 3 poses with out the ball one facing left, right and straight on. Then I had a couple of poses with the ball and I let the players pick this pose so that way some of their personality came out in the image.  Some of my favorite images I captured were the players with the ball there was some real goofballs.

Once the shoot is complete it is time to produce the calendar.  Start with the original images and mark all the ones that match up to players with model releases.  After all why spend the time on the images you can't use.  Pick a few images and work on extracting them to be placed onto the digital backgrounds.

One of the issues I ran into is the size of a standard wall calendar 8.5″x11″ which is not a standard photo size.  Finding digital backgrounds was not easy so I had to find 8″x10″ sized backgrounds and resize them in Photoshop. Of course 8″x10″ does not simply up-size to 8.5″x11″ so I had to use some photoshop tools such as content aware fill to create the right size.  Don't be surprised if you have to get creative to make a calendar page. 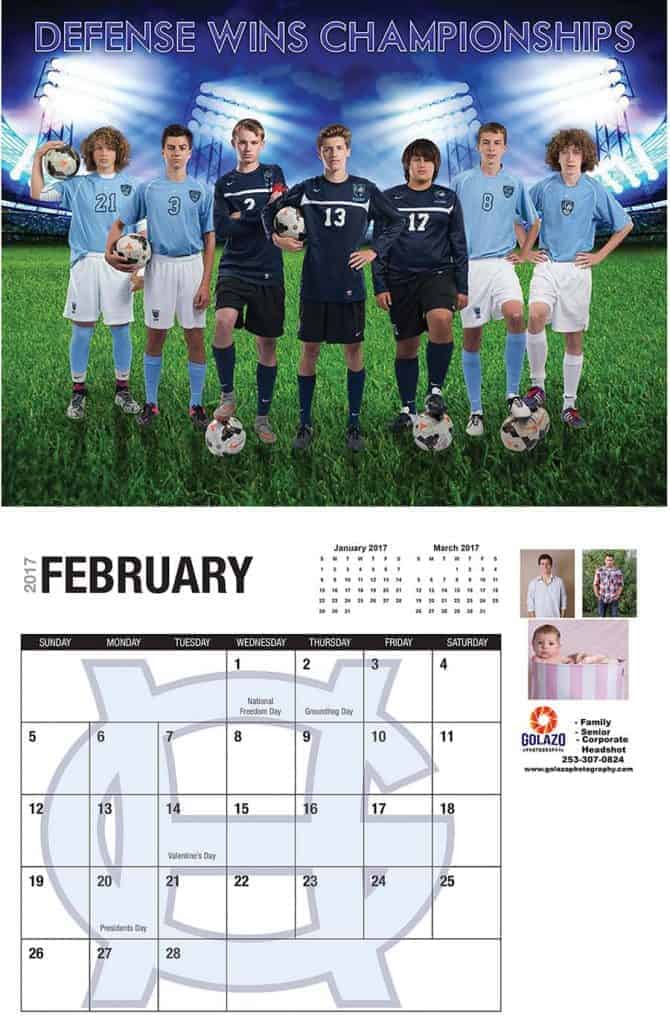 Once each months picture is completed it is time to put it all together into the final product.  That would mean matching the monthly grid with the months theme.  Now the calendar is ready to upload to the printer.  Make sure you are communicating with the printer at this point to know how they want to receive the files.  Some printers want a large PDF file, some want the PSD (Photoshop) files and some want a JPG file for each page.  Uploading the incorrect file type will cause delays and possibly additional money if they have to do any kind of file conversion.

As you can see a calendar is a great way to help a school with fundraising.  It does not have to be a sport team it could be a Club or Music or Band program.  Is there a local organization that struggles to raise funds?  Approach them with the idea of creating a calendar as a fundraiser. Price it at a good price point that allows you to make a few dollars per calendar with a minimum commitment from the organization and you could make some good money based on the volume sold.