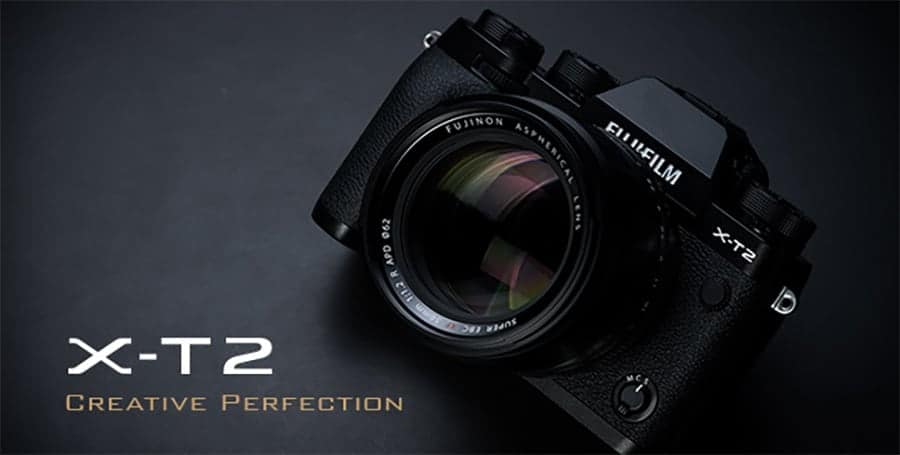 The Fuji XT2 was just announced, and I've gotta say that this is going to be the camera to have.  It's faster, full of pixels, and promises to autofocus like lightning.

This post will be updated on an hourly/daily basis over the next few months as details are revealed about this camera.

I haven't had my hands on a Fuji XT2 yet.  A few select photographers have, such as Elia Locardi who is certainly worth a follow.  I chatted with him while speaking at a conference last year and he really has a wealth of knowledge to share.  Anyway, I'm anxious to get my hands on an XT2 to test, but I guess Fuji doesn't think I'm cool enough to send a review unit despite the fact that I.P. has over a million followers on social media and millions more website visitors.  Do I sound bitter?  I am.  But I get it.  Elia is definitely cooler than I am.

The Fuji XT2 takes everything from the Fuji XT1 that I loved enough to switch from Nikon and makes it better.  It retains separate dials for ISO, aperture, and shutter speed (awesome!), still has a tilting LCD screen, keeps the body size almost the same but very slightly larger, added the incredible autofocus from the XPRO2, and upped the resolution to 24 megapixels.

The only down side is the price is higher on the XT2 than the XT1 was at launch.  At $1,699 retail, Fuji is starting to get up there in price.  Price is no longer a compelling reason to switch to Fuji. 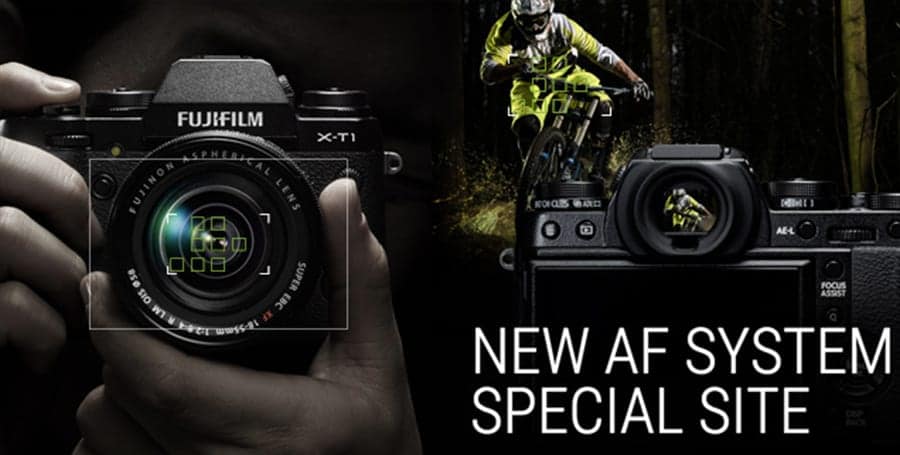 The spec list is compelling on the Fuji XT2, but Fuji cameras never look as good on paper as they are in the hand.  The biggest benefit of shooting Fuji is form factor and controls.  It's the shootability factor (that's a word, right?).  It's like looking at the specs of a sports car that just can't convey the “fun to drive” factor.  Anyway, here are the specs (courtesy DP Review).

There is always a list of things missing in any new camera release.  That list is pretty short with this camera, but I'd include three things:

I've mentioned several times already that the controls on the Fuji system are wonderful.  There's no touchscreen yet, but the tactile buttons are well thought out–better than any other system out there.

The only problem with the controls on the XT1 was moving focus points, which required a button to be pressed first before the four-way selector could be used to control which focus point was active.  No more.

Fuji released a joystick for their XPRO2 and they've brought it to the XT2!  It makes you feel like you're playing Atari while shooting.  The tiny little joystick allows you to switch between the absurd number of focus points easily and quickly.  And yes, there's an option to only activate 77 of the focus points so you don't have to spend so long moving the selector around.

I've always been a fan of the build quality of Fuji gear.  In fact, I accidentally dumped my tripod over in the Li River a couple weeks ago and my Fuji XPRO2 was completely submerged underwater for a second.  The next day I tossed in a battery to try it out and it was as good as new!  No problem.

I have never dunked my XT1 underwater, but I've shot with it in downpours in Iceland without issue.  I'd expect to see the same quality in the XT2.

Autofocus was my biggest gripe with the XT1 (that, and resolution).  However, Fuji has completely fixed this issue.  I was amazed at what a leap forward they made in the speed.

In fact, I tested the autofocus of the XPRO2 (which has the same focus module that the XT2 is getting) and found it to be slightly FASTER than a Canon 7D Mark II for continuous focus of objects moving toward the camera.  I wouldn't consider it to be as good for movement that jumps between close and far quickly, however.

So when the receiver is streaking toward the camera, no problem.  You'll nail it.  But when a running back jukes back and forth around the linebacker, you'll have a little more trouble.  Sorry for those of you in unfortunate countries who don't get to enjoy American football 🙂  That reference was probably lost on you.  Enjoy your wimpy “football” that we call soccer 🙂

[x_pullquote cite=”Jim Harmer” type=”left”]The autofocus system in the XPRO2 that is being inherited in the new XT2 is the best autofocus on any camera I've ever used. Period.[/x_pullquote]

I made the statement that the Fuji XPRO2 was the best focusing camera that I've ever tested and it really surprised some people.  Let me explain.  I'll say again that for objects that jump back and forth, it's not as fast as most DSLRs.  True.

However, it does very well with continuous focus moving toward the camera, and (here's the biggie) it can focus in near pitch black conditions.

In Iceland and in China on my most two recent workshops, we were in situations each day where the DSLR folks were fretting the fact that they couldn't focus on the landscape because there was absolutely NO ambient light.  The Fuji users had no trouble at all.  That camera found focus on just a little reflection of light hitting the water from the moon.  It's amazing.

If I were shooting pro sports, I wouldn't pick a Fuji.  However, I'd have no qualms about shooting some sports and also night photography and portraits, and any other genre.  Unless you're a dedicated sports photographer, the autofocus system in the Fuji XT2 will likely be an upgrade for you.

Fuji has never been a video-focused camera company, and I'm okay with that.  Like most photographers, I periodically grab a few seconds of video but don't focus on video.  Previous Fuji cameras have had issues with video, but the XT2 looks to be a solid performer.

The XT2 shoots 4k video, and is capable of doing so onto the SD card.  Cool.  I'll care when more than one tenth of one percent of my viewers will be watching on 4k screens and have internet connections fast enough to show it.

What to Expect If You're Switching

The first thing I noticed when I switched to Fuji is how much better colors look coming straight out of the camera when compared to Nikon.  The files look much more like Canon raw files than Nikon raw files.  I was used to the dull look of Nikon colors until I switched to Fuji and remembered how nice it is to get the colors looking more natural right out of the camera without doing any work.

The thing I always hear people say when they tell me why they aren't interested in Fuji is low light performance, to which I always reply by asking if they have ever shot a Fuji camera at night.  Low light performance in the Fuji system is fantastic!  I do lots of low light shooting and night photography.  I would never have switched to Fuji if it wasn't kicking butt in the low light department.

Controls, controls, controls.  The best thing about shooting Fuji is that the controls are out of this world.  It's FUN to shoot!  Having a separate dials for the exposure triangle makes more of a difference than you can imagine, and you'll hate going back to another system after trying it.

The Fuji lens system is sharp, relatively inexpensive for pro quality lenses, and robust enough for most any photographer's needs.  If you're buying into the system for the first time and want to save some money, you should look at Fuji's prime lens offerings as they are quite inexpensive.  However, I've always preferred to just get the trinity of zooms in any system because it allows me to shoot any situation without issue.  Here's the trinity of lenses in the Fuji system:

I always pre-order my cameras through Amazon.  Amazon hasn't yet updated their system with the pre-order info, but I'll update this post the instant they do.  For me, Amazon has been reliable in getting me the camera fast because they have ridiculously awesome shipping.  If you click that link right now and then if you decide to actually place your order later, I’ll get a 4% commission which helps to pay the direct costs of producing these in-depth reviews, and it doesn’t cost you anything extra.

Another option is to pre-order through your local camera store.  It’s happened more than a few times that I’ve seen cameras that were back ordered for MONTHS on Amazon and B&H which a local camera store would have in stock immediately.  I haven’t seen any backordering for the XT2 where the estimated shipping date is anything other than the September 2016 release date, so I’m not sure this will be necessary for the XT2.  But it’s a good tip to know when you’re pre-ordering the 5D Mark IV later this year.

20 thoughts on “Fuji XT2: The complete review with everything we know so far”