If you are looking at buying a small, adventure type camera that can shoot high quality video and perhaps time lapse, I might have the solution for you, the Adventure Cam 10 by UltraProX. UltraProX's line of three cameras sport either a 5 megapixel or a 12 megapixel sensor and are able to capture video anywhere from 4k down to 640 x 480 and resolutions in between.

The primary draw to this camera over the GoPro is price.  You can check the current price of this camera on Amazon (affiliate link opens in new tab).

The cameras can also take stills and do time lapse either in manual or automatic mode. For the purposes of this article, I am reviewing the Adventure Cam 10. 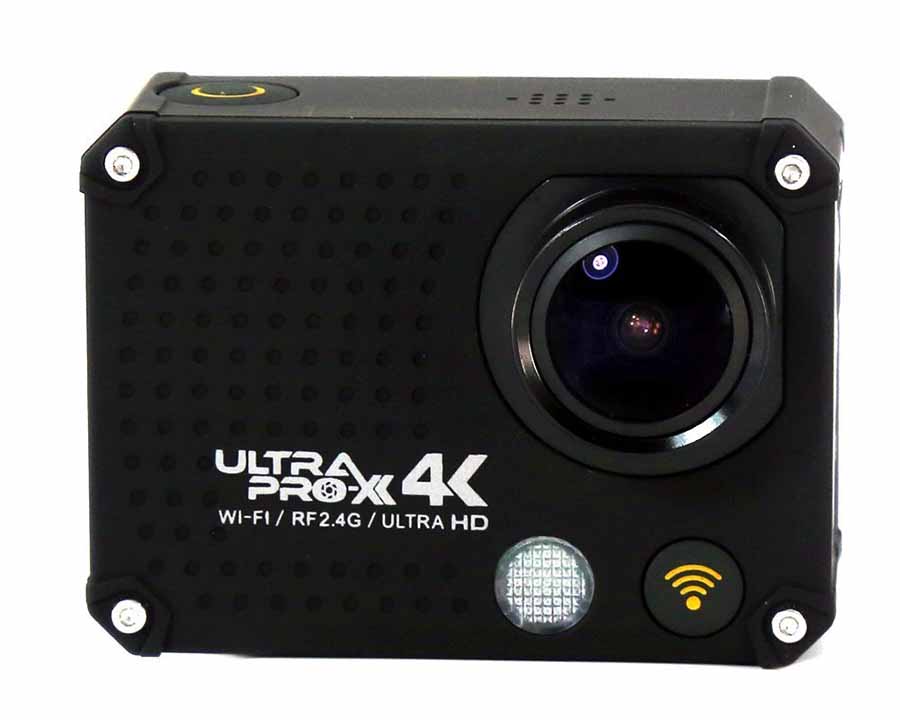 I had not heard of the company until one day a post on my Facebook feed caught my eye. The post was from an organization that I had shot an event for and I saw that UltraProX was listed as a sponsor. So I checked out the website and saw what they offered. The company sells adventure cameras for a fraction of the cost of a Go Pro setup, so I was definitely skeptical but since I was just looking for something simple and not another DSLR and I was not planning on scaling Mt. Everest or jumping out of a perfectly good airplane and landing in a den of lions; I was willing to take a chance. Up until I bought the camera, I have been using my Iphone 6 for various time lapses, but of course there are some pitfalls by doing that, such as making sure it is in Airplane mode.

I searched around the Internet before purchase and saw that most of the videos that had been posted by users of the UltraProX camera line were into outdoor sports such as hunting and fishing. What I saw though was enough to convince me that I would be able to capture quality video without the quality price tag.

WHY I CHOSE THE TOP LINE MODEL?

The camera is also equipped with Wi-Fi, so I can operate it with the IOS compatible app available from the App Store. Some of the other features the camera has is the ability to shoot time lapse in the different formats either in manual or automatic mode which means that I can either download a bunch of .jpegs and put them together; or the camera will do all the work for me. The camera can also shoot in burst mode at 10fps, auto white balance and is listed as being waterproof to 150 feet.

Here is a test video that I did in 1080p 60fps for the article.   As you can see, the windshield mount is incredibly shaky at times.

Along with the camera, the dedicated remote and waterproof housing came a group of mounting accessories to include a handlebar mount, USB cable for charging and drone use, a couple of mounts with adhesive, and cleaning cloth. I also ordered an extra battery and a windshield suction mount. The company does not provide memory cards with purchase, but they do sell ADATA cards. I am a loyal Sandisk user, so I went through Amazon for that.

HOW DID THE CAMERA PERFORM?

Unfortunately, testing got delayed as the memory card I purchased through Amazon was bad, so I ended up picking up a couple of cards at WalMart. Once I had everything lined out, I began testing the camera.

First off, I am glad that I bought a second battery. Since 4K is not an option due to it's poor performance specs, I kept time lapse and and video shooting limited to 1080p 60fps and below in quality. Battery life was limited to roughly 25 minutes at 1080p 60fps. If I shot at 1080p 30fps, then battery life almost doubled. Since I did not buy a separate battery charger, I am currently limited to charging the battery while it is in camera. At some point, I'll buy a charger and some extra batteries.

The field of view is an insane 160 degrees. One of the few complaints that I have heard from people about Go Pro has been the extreme wide angle and one videographer I know refuses to use Go Pro just for this reason. There's definitely going to be some distortion with such a wide angle, and in fact, a couple of test videos that I shot with the camera, I think this contributed to the quality, or lack of, in both videos.

The Wi-Fi feature is good, but limited. You may have heard that social media outlets such as Periscope now allows users to broadcast using their Go Pro. With the Adventure Cam 10 though, you are limited to only controlling the camera with the Wi-Fi app. I hope at some point that broadcasting becomes reality.

IS IT REALLY WATERPROOF?

Beats me, I do not plan on doing that test. Since the waterproof case can be tested safely without the camera in it, I did test the case. Utilizing highly unscietific methods and my bath tub as the testbed, I dunked the case, while sealed into several inches of water and after about a minute, I removed the case from the water. Unfortunately, I was somewhat dismayed to find several small drops of water inside the case. Fortunately though, I am not a SCUBA diver so the chances of the camera being utilized for underwater work is slim and none.

The app, available for both IOS and Android, is called FBOSports and from what I understand, it can control several different action cams that are on the market. You can control the camera from your smartphone via the app. You can also control settings such as video resolution, card formatting, inverting the video mode and several other settings. The app is free.

To connect everything, you have to turn on the camera Wi-Fi, then connect your smart device to the Wi-Fi network, then open the app. One issue that I have had is that the Wi-Fi button on the camera, while it will turn it on, will not turn it back off so I have to power down the camera to get Wi-Fi off.

Another issue that I have had is with the time lapse settings. While the app can control time lapse, you can change the settings in camera from .5 seconds up to 1 minute between shots. Within the app, the lowest setting I could get was 3 seconds. I did shoot one time lapse with that much space between shots, but the video was only a couple of short seconds and the clouds were moving at warp speed. I have been happy with the setting right at 1 second.

IMPLEMENTING AN ACTION CAM INTO PHOTOGRAPHY

At this point, you are probably wondering why and how you should implement an action camera into your photographysphere. It comes down to you, yourself. You might not want to mess with a second camera, you may not want video and quite frankly, you just do not need it. Bringing on more equipment can bring more headaches from making sure you have every piece of gear you need for that equipment to batteries to space to carry it. I almost forgot hard drive space as video can eat that up faster than our RAW files. It can become somewhat daunting.

For me, I have been wanting to implement video into some of my work for awhile. When it comes to doing portrait work, I can setup the camera and shoot some behind the scenes videos and maybe some outtakes. When I am out shooting landscapes or weather, I can use the Adventure Cam 10 to shoot time lapses, or again, video out takes while keeping my DSLR dedicated to the primary task of capturing stills. It is definitely not for everyone.

You can view the time lapse here.

Cost. At a price of $136 for the camera, waterproof (umm yeah) case,, remote, several different mounts, spare battery, little tripod and windshield mount, you will not lose a whole lot of money by picking one of these little cameras up.

Accessories. The company sells numerous different accessories to allow you to mount the camera in a whole lot of different places. Even then, you might be looking for something that the company might not have such as a hot shoe mount. Yes, a hot shoe mount and I will lay all the blame on Nick Page for this one. I ended up buying a hot shoe mount for my Iphone after watching one of Nick's Periscope broadcasts. Now here is where it gets weird and I will take the blame for this. During a recent trip to a bronc riding school, I decided to do some live video over Facebook, so I took that hot shoe mount with me and used it for a few minutes. I then had the bright idea of “what if I mounted the Adventure Cam 10 to the hot shoe?” Funny thing is with the camera in the case, it would work with the phone mount, but then a quick search on Amazon revealed that I could get a dedicated hot shoe mount for this action cam. Yes, I am that guy but I have not ordered it yet.

Quality. So far, the camera is pretty solid and I have not had any major issues.

Flexibilty. Stills, Time Lapse, video and slow motion. This camera can do several different things and with the ability to shoot 1080p 60fps, it produces some decent quality video as long as you can live with the distortion.

The waterproof case is not.

Battery life. Like I mentioned before, I have gotten anywhere from around 25 minutes (1080p 60fps) up to about 50 minutes (1080p 30 fps) out of a fully charged battery, depending on the settings. From looking at a chart provided by Go Pro along with camera settings, they get a lot more life out of their batteries. I contacted the company about battery life and what kind of times I should expect, but the reply was somewhat vague with “depends on the settings” and “we get around 60-90 minutes.” Not a whole lot of help there.

Windshield mount. The windshield mount, even after tighttening everything down, still transmitted some vibration to the camera resulting in some shaky video.

There are many vendors online that sell the UltraProX line of cameras.  You can purchase one for yourself from Amazon.  You can also check out the entire line of UltraProX cameras here.

The Adventure Cam 10 by UltraProX is a low cost alternative to some of the more expensive action cams on the market. I am happy with the product and I think it will fit my wants and needs just fine. I do believe that UltraProX could have a bigger selection of memory cards.