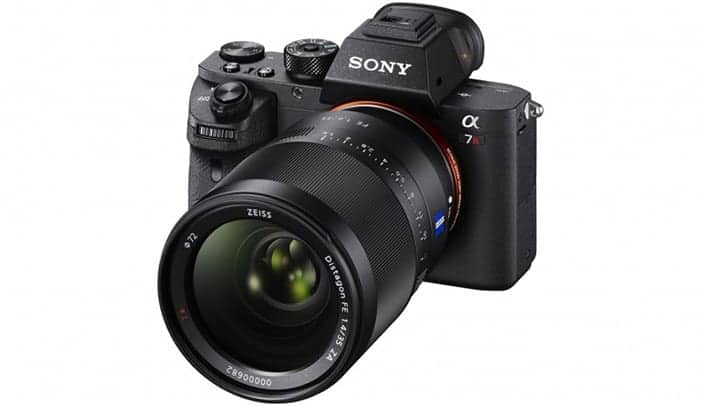 Sony quietly announced the A7RII, and it looks awesome from the specs, but specs rarely tell the full story.  For now, all we can do is look at the specs.

From the specs, this looks like a pretty nice step forward for the Sony FE mount camera line.  In fact, these specs may be enough to convince me to buy one when pre-orders are available next week.

I'm anxious to see what Sony's new 46.2 megapixel sensor looks like and how it performs in the real world.  The real question for me is if it can best the image quality of the 36 megapixel D810, which in my opinion, delivers the best image quality of any popular camera in production right now.

The spec that concerns me with this camera is one that most photographers don't seem to pay any attention to.  The weight on the A7RII is 151 grams heavier than the original A7R.  Weight is one of the main attractors to mirrorless over the Nikon D810 for me.  So far no mirrorless camera has matched its image quality, so weight and connectivity are the draws for me.  With the A7RII now being only 255 grams less in weight, the incentive to change over is less.  Not to mention that the price of the A7RII is now the same as the D810.

Also, I'm interested to see that Sony did not announce the A7000 today.  Rumor has it that overheating issues have plagued the model and delayed its announcement.

It's still scarce.  There are only 12 FE lenses for the A7RII, though of course you can use an adapter to use other lenses on the system.  Sony has promised 8 new FE lenses coming before the end of Q1 2016.

The lens selection remains the achilles heel of the Sony full frame e-mount line (well, that and autofocus performance).

The Sony A7RII does two really cool things for videographers.  First, it records native, internal 4k.  No need for an external recorder.  If you're a curmudgeon who complains that 4k is useless since no one has a 4k TV, then check the resolution of my iMac 5k.  Also, 4k recording means you can creatively crop video for 1080p.

The second thing introduced in the camera for videographers is the ability to use only a portion of the sensor to record videos in full resolution with a longer “focal length.”  A 46.2 megapixel sensor leaves a lot of pixels doing nothing when only recording 1080p or even 4k for that matter.  This feature allows you to pick which pixels are used to “zoom in” tighter.  It's like crop mode, but you still get full resolution–even for 4k.

The camera doesn't impress in the fast frame rate department, only capturing 120fps in 720p, but at least appeases the video nerds with a clean HDMI out.

Pre-orders are set to open on June 17, and the camera will ship in August, so only time will tell whether this camera is worthy of attention.

Official pricing has not yet been released, but it looks to be about $3,200 (US).  That's a fair price for a camera with this lineup of specs, but significantly higher than previous models in this line.  You can pre-order at B&H now.

13 thoughts on “Sony A7RII Announced – And it looks awesome!”