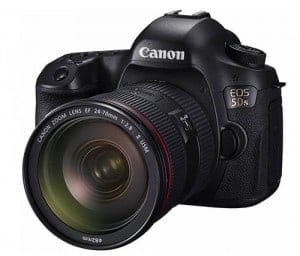 After being rumored for several weeks, information has leaked on a couple of new full frame cameras Canon will announce next week with 50+ megapixel sensors.

I have been resisting posting an article based on rumors, but I have seen it reported enough now I think it is as sure a thing as it can be.  According to a canonrumors.com post where they say the leaked information has been confirmed, the following are the specs of the new Canon 5DS and 5DS R camera bodies that will be announced mid-February 2015:

Finally!  That is the sentiment I am getting from the Canon fan boys out there who have been taking a beating on the subject of sensor quality from their Nikon counterparts for some time. For many photographers it is all about the megapixels.  Jim has talked a lot on the podcast about how he just can’t give up the details and “cropability” of the shots taken with the 36 megapixels offered by his beloved Nikon D810.  So a 50+MP sensor should be slam dunk, right?

I think it is too early to tell.  Remember this is still based on rumor (albeit supposedly confirmed).  Canon has been playing from behind for many years now to the Sony manufactured sensors in Nikon and some Sony bodies.  Those sensors have not only had higher megapixel counts, they technically test out quite a better on signal-to-noise as well.  So, I think we need to see what some of the technical testing of the new sensor shows before we get too excited.

I also love the points made in this article over at photographylife.com on the topic:

[blockquote cite=”Nasim Mansurov, photographylife.com” type=”left”]…think about all the consequences of such sensors. Larger RAW files will require more memory and more powerful computers to handle them. Hand-holding technique will have to be solid if one does not want to see potential blur at pixel level / 100% zoom. Backup and storage requirements will rise. There will be a need for more precise focusing. Determining depth of field and calculating precise hyperfocal distance will be critical. Mirror and shutter vibrations will be more noticeable. Diffraction will kick in at larger apertures…[/blockquote]

Nasim also speculated that it is likely that lenses over 5 years old may not work well on such a high megapixel sensor.  Those lenses were not designed for the flat, high resolution sensors and may be fine in the middle of the frame, but get unacceptably soft as you go toward the edges – effectively taking away the advantage of all those megapixels.  Time will tell.

This (coming) announcement is especially pertinent to me.  I am a Canon shooter (see my article here on how a beginner should choose their first camera).  I am currently shooting a Canon 60D and looking to upgrade my camera body here in the next month or two.

However, I am not considering either of these camera bodies.  First off, although we don’t have any pricing information, I am confident it will be WELL out of my budget.  Second, I don’t have the lenses to really utilize the current Canon 5D offerings, let alone one of these monsters.  Third, I am disappointed in the ISO and movie recording (still no 4K!) specs.  Actually, beyond the 50MP, seems to me like there isn't much special here.

As I wrote in this article in late 2014, I think the Canon 7D MII is the ultimate camera body for hobbyists.  Go check out the article for the details.  That is what I have my sights set on, can’t wait to compare it with my trusty 60D.

What are your thoughts?  This the next camera for any of you?