Photography isn't just about the ability to capture a scene or create a piece of art that others can marvel at and enjoy – it's also about the gear!

Let's face it – photographers are gearheads. We use camera bodies, lenses, bags and every kind of accessories under the sun just to get the edge for that one spectacular image. There are countless forums and discussion boards querying how the photograph was taken, what was the ISO, was it shot in manual or aperture priority mode, full sensor versus cropped, and on and on. But there is one timeless battle over gear that rages on: Are prime lenses sharper than zoom lenses?

Once upon a time that adage was unequivocally true – the best prime lens was simply better than the best zoom lens. But the gap has closed considerably in recent years… so much so, in fact, that it's almost negligible. A good quality lens, whether it's a prime lens or zoom, will produce a better quality image than cheap glass. In other words, you get what you pay for.

In a side-by-side comparison, you would be hard pressed to figure out which photo was shot with a prime and which was shot with a zoom. Perhaps if you blew up the photograph and examined it closely you could discover some differences which would sway you towards primes. But if you really want tack sharp photos, get a tripod, get a cable release and use the mirror lockup function on your camera. Improve your technique. A feature that most lenses have these days is vibration reduction (VR for Nikons) and image stabilization (IS for Canons) which gives added stabilization when hand holding the camera.

But back to the debate. 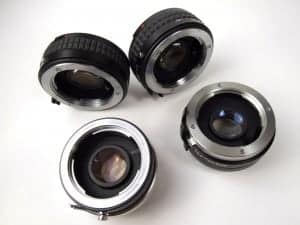 Primes are light, relatively small, and fast. Primes have less moving parts, hence their reputation for sharpness and better quality. Working with a prime lens forces you to slow down and compose the photograph. Primes also offer wider apertures such as f/1.4 or f/1.8. This gives you better depth of field and the added bonus of better performance in low light situations. 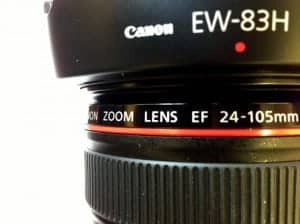 Zooms are the jack-of-all-trades in the lens world. They provide a great deal more versatility than primes, but because of that can have some chromatic aberration and flare. But even the most ardent photo gearheads would not buy a prime lens for every focal length – you couldn't fit that much gear in your camera bag!! And your back and shoulders would never forgive you! Zooms show off their versatility at sporting events and are a staple in most camera bags. One of the most popular is the 70-200mm lens either at f/2.8 or f/4 (check out our lens recommendations here).

1 thought on “Are Prime Lenses Sharper than Zooms?”