There are times as a photographer when you need that added burst of light. The three most common options are the built-in on-camera flash [small], an external flash [bigger] (such as a Nikon or Canon speedlight), or a studio strobe [biggest]. Generally, you will see professional photographers using external flashes or studio strobes instead of the built-in on-camera flash. Why is this? 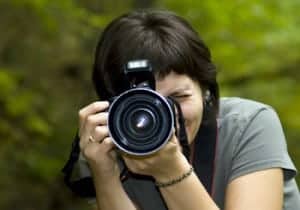 The on-camera pop-up flash is handy because there’s nothing extra to carry around with you. However, it produces flat light that can be harsh and unflattering. It also has a limited range, making it impractical to shoot things far away. Red-eye, something you commonly see when photos are taken with the built-in on-camera flash, is also unflattering and something we want to avoid. There are some things you can do to improve your pop-up flash photography, but you still won't see the kind of results an external flash or studio strobe can give. 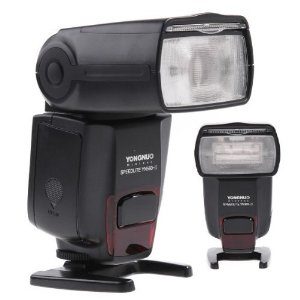 Flashes that connect to the hot shoe (commonly known as speedlights) are a better option. With a dedicated flash unit you will gain an increase in power, flexibility in the direction of the light, better control over the strength of the light, and (with optional accessories) have the ability to get the flash off the hot shoe and away from the camera so you can angle the light on your subject.

However, speedlights require batteries, so be sure to keep plenty in stock and readily available. While a speedlight is one extra piece of equipment to lug around, the benefits of streaming light on the subject or tilting the speedlight at the ceiling to bounce the light far outweigh the inconvenience of having some additional weight in your camera bag. External flashes provide a better means of controlling not only the light but also the shadows. This gives your photo a more natural look with added depth and artistry. Check out this speedlight that we recommend. 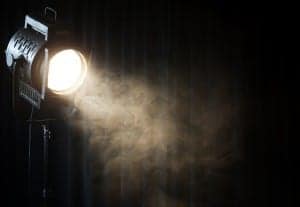 Studio strobes are generally more powerful and can throw off more light than a speedlight. One drawback is that studio lights require electricity (you have to plug them in to use them) which limits their portability. But if you are shooting in an indoor studio, once you are plugged into an outlet you don’t have to worry about dead batteries and not having a fresh supply on hand.

Studio lights, which were built to accommodate light modifiers, can offer continuous lighting making it easier to focus on your model. There’s no delay in shooting with a studio strobe (a speedlight has to recycle in between shots). With continuous lighting you can see how the shadows will fall and adjust accordingly.

Studio strobes are fairly expensive (around $500 each) and require light stands. But if you want to shape the light, you have many options with a variety of light modifiers such as softboxes, umbrellas and stripe banks to name a few. A softbox, which comes in a variety of shapes and sizes, can wrap the light around your model. It is one of the most popular light modifiers. Umbrellas, either reflective or shoot-through, spread the light evenly and have a wide dispersion area. They are cheap and portable and can turn a harsh light into soft window-like light. (If you want more control over the direction of the light, a softbox is the better option. A honeycomb grid in front of the softbox gives a focused beam of diffused light that has soft edges.) A beauty dish is a shallow parabolic disk that produces a harsh edgy light which has become very popular in sports portrait photography. Stripe banks are narrow banks of lights which are great for side lighting or rim lighting (also known as a hair light).

As you can see, bigger flashes (though more expensive) come with a lot of benefits over their smaller counterparts. And now you know why photographers use speedlights and studio strobes instead of pop-up flashes!

2 thoughts on “Why do Photographers Use Such Large Flashes?”