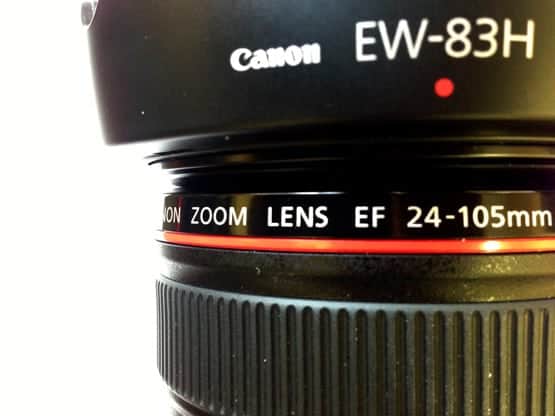 A lens mount is the standard or pattern that is used to connect the lens to the camera. Canon uses a standard lens mount called EF. EF lenses were introduced in 1987 for Canon SLR cameras, and EF stands for “Electro-Focus” because it has a built-in motor in the lens for automatic focusing. The camera and the lens use electrical metal contacts to communicate as opposed to levers and plungers.

The technology might not be entirely unique to Canon and their lenses, but it certainly does set them apart from their rival competition over at Nikon. Nikon uses levers and plungers in their lenses. Some don't even have a built-in motor – instead, they require that the camera supply the motor for the autofocus to work.

Today, Canon still uses this EF mount for their professional “L-Series” lenses. Because of this, older film camera lenses with the EF Canon mount can still work on DSLRs despite the lack of modern innovation. In 2003, Canon released the EF-S lens mount to go with their entry level DSLR cameras (the Rebel Series). The cameras that support EF-S lenses will also support just EF lenses, but EF-only cameras (full-frame sensors) cannot support EF-S lenses.

The “L” was referred to as the “Luxury Series” by Canon in some promotional material when the mount was announced. Since, Canon has taken special care to make sure that the L-Series lenses contain better glass and that they achieve wider apertures than the EF-S lenses.

Because EF lenses are a part of Canon's L-Series lens lineup, you can quickly tell these lenses apart by the red band around the front part of the lens. You can also tell which lens mount you are using by a symbol near the mount that indicates the mount type (this symbol also helps you line the lens up with the camera). EF lenses us a red dot while EF-S lenses use a white square.

EF Lenses often tend to be much more expensive lenses. However, the cost is quickly justifiable when you consider the added technology and quality put into these lenses which enable you to see better images every time.

The dream team of Canon EF lenses, if you were to go out and buy a set, would be:

With these EF lenses combined, you have a versatile focal range that you can work with no matter what situation you find yourself in.

These dream team lenses are what you can expect to purchase if you buy a full-frame camera from Canon (Canon 6D, 5D MarkII, 5D MarkIII, 1D X, 1Ds MarkIII). Those full-frame cameras only accept an EF lens because they are considered professional grade cameras and Canon doesn't let you put anything less than their L-Series lenses on them. However, even if you don't have a full-frame camera, you will still benefit from the wide f/2.8 aperture on the lens. You will get amazing bokeh and great light in your photos. In fact, you might even see an improvement in clarity because of the better glass that is used to construct these lenses.