Menu
Looking for the Best Memory Card for Camera? We have tested top options and our pick is SanDisk Extreme PRO Card. 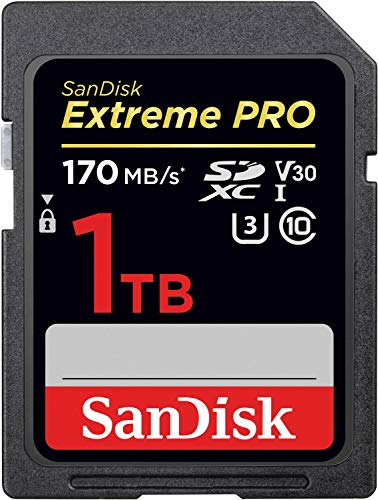 
In response to my article entitled “9 Things Photographers Need to Know About Memory Cards”, Richard Cole and Aloha Lavina sent in a question about memory cards and this post will serve as a response.

How long do CF memory cards last?  Should I replace my old cards after a while, or will they still work reliably 5 years from now?

While most memory cards can last for 5 years or more, there is some evidence suggesting that memory cards may be more reliable sometime after a few weeks of use and before 2 years of use.

Most of the time, memory cards will work reliably for longer than their technological shelf life.

I still own a few memory cards that are 6 years old.  They work just like new, but they are only 128 megabytes.

That would fit exactly 11 photos from my current camera.  Can you see the obvious problem?

This anecdote probably offers some insight into the question at hand, but I think the reader's question deserves more attention.

Many wedding photographers would be glad to spend $70 for a new memory card for even a slight reduction in the chances that an older memory card could fail.  But is this wisdom, or an old wive's tale?

The truth is that time has less to do with the longevity of a memory card than the number of write cycles.

That means that number of times that data is written to the card.  Industry insiders often refer to this as the number of “Program/Erase Cycles” or “P&E Cycles.”

What this all means is that, according to the card manufacturers, you could fill a memory card every day for a couple decades without having any problems.

This reliability is thanks to a technology in the controller of memory cards that tells the camera where to write the data in the card.

The Practical Longevity of Memory Cards

This is the technical answer discussed above may be convenient for a scientific analysis of the problem, but in practice it doesn't quite work so nicely.

In my own experience, the 2 year mark seems to put a target on the back of my memory cards.

While I have had cards last MUCH longer, I have seen a dozen or so cards go bad around the 2 or 2.5 year mark.

The problems arise from a few sources.  First, I am brutal with my memory cards.

I toss them in my bag of gear, take them in and out of the card reader multiple times per day, and occasionally blend them up in a smoothie for a little extra flavor.

This wear and tear has no effect on the card's internals, but it can chip off pieces of plastic on the outside of SD cards that get brittle after time, and can even bend the pins on a CF card.

I have also had cards fail when the tiny metal connectors became corroded from the humidity in Southwest Florida, USA.

I usually use cards until they die, but I never shoot weddings or other important shoots on a card that is two years or older.

I know that cards can easily last MUCH longer, but I've seen enough failures to know it's not worth the risk for me personally.

One last consideration is that brand new memory cards have a slightly higher failure rate.

In theory, they are tested before leaving the factory but I have seen many memory cards reported as being DOA.

Consequently, I'd use a card for a couple weeks before shooting something vitally important like a wedding.

Just thought I should include this short answer from Jeff Cable, as well.

Jeff is a photographer and Lexar employee and wrote an answer to this question in a comment on the post from a few days ago.

Thought I should include it here as well…

“Every memory card does have a theoretical limitation to how many times it can be reformatted (less so on cheaper cards which use a lower quality of Flash Memory), but the number is huge. Unless you format your card 10 times a day, it should last a lifetime. And…of course…if you have a Lexar Professional card, it has a lifetime warranty and can be replaced if anything does go wrong.”

40 thoughts on “How Long Do Memory Cards Last?”