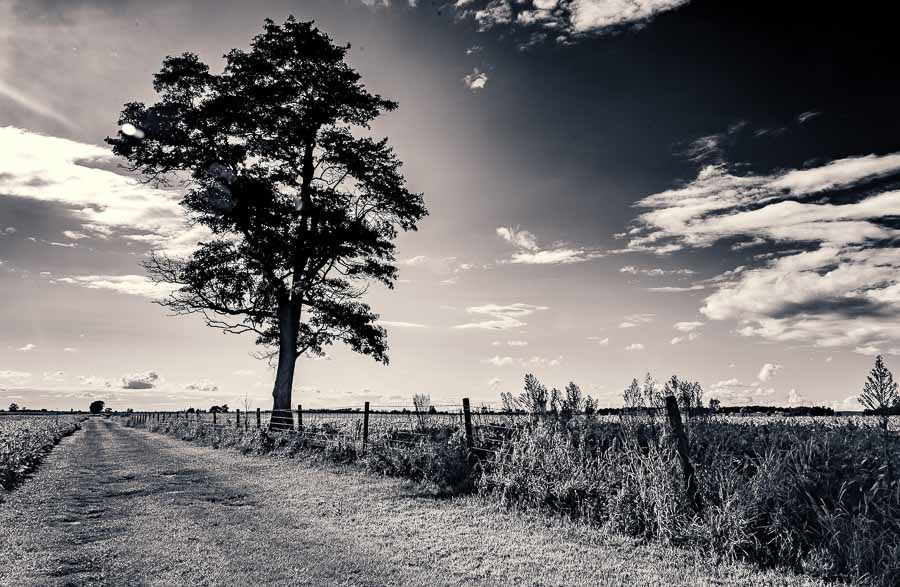 Landscape and wildlife photographers sacrifice time, comfort, and convenience to capture images of nature's beauty. Most of us would say it's worth it. But with all that driving and hiking around during the wee hours when even a racoon would just hit the snooze button and go back to sleep, it can be difficult to tell where public property ends and private property begins.

Photographers should protect themselves–and the reputation of their fellow photographers–by learning when encroaching on private property becomes trespassing, and how changes in trespassing laws might impact their photography adventures.

Trespassing is More than Merely Being on Private Property

Note: As with all legal topics, please be aware: (1) laws can vary a great deal from place to place; and (2) Photography websites are not legal advice.

I've met many people who are surprised to learn that in most U.S. States, simply being on private property without permission isn't synonymous with trespassing.  Criminal Trespassing typically also requires somewhat explicit lack of permission. Formally, to receive this express lack of permission, is to be “denied entry” to the property. The most obvious example is a large, conspicuous and easy-to-read “No Trespassing” sign. If I'm squirrel hunting and I jump a fence with a No Trespassing sign because I'm distracted by the intensity of the hunt and my desire to bring in the Great White Whale of squirrels, that's no excuse. The sign has formally denied entry to me. If I enter onto the property anyway, I am trespassing. 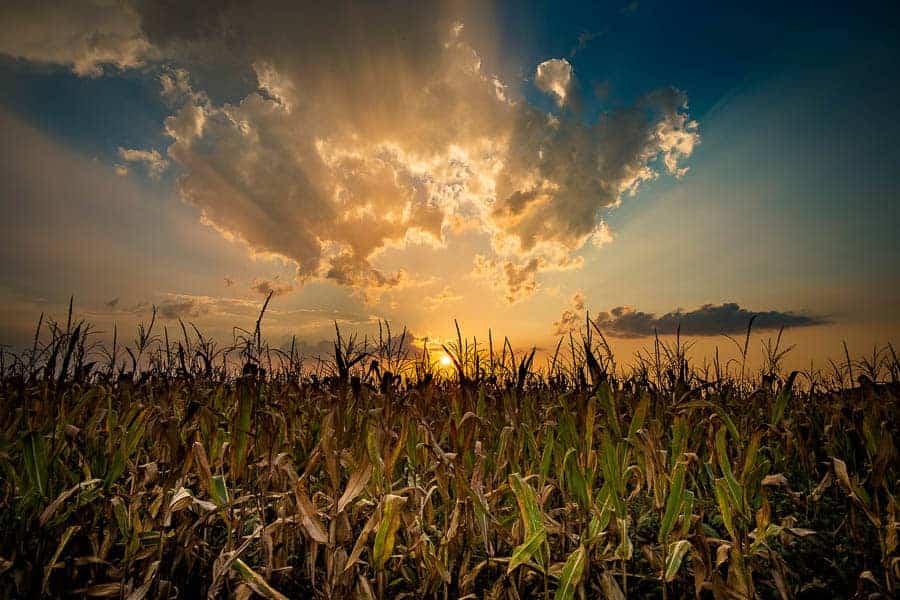 Alternatively, it might involve a scenario like this: a property owner shouts at me, “Don't you dare park that AMC Gremlin on my lawn, you dirty hippie!” I respond by deftly ignoring this friendly warning and parking on his lawn, then I sell various homemade macrame items of dubious quality to strangers that pass by.  The owner's verbal statement has formally denied entry to me. Since I entered anyway, this, too is trespassing.

This notice requirement might be fulfilled by a non-owner, like a manager or tenant. It might be a security guard of a high-rise building who has authority to deny entry. Or it might be a tenant farmer who has the right to harvest crops. It might even be the librarian who tells me, ” Sir, you're not allowed to cut all of the pictures of Selma Hayek out of the periodicals. I'm going to have to ask you to leave.”

In most jurisdictions in the United States, a simple trespass is a Misdemeanor. But some properties are considered to have more sensitive security concerns. Trespassing at schools and public utility properties, for example, are potential felonies in my home state.

Written and verbal warnings aren't the only way be denied entry onto someone's premises any more.

Indiana recently became the latest state to pass a so-called “purple paint” law which permits property owners to forego the posting of No Trespassing signs in favor of vertical purple lines on trees or posts, designed to have the same effect.  The law's sponsor, State Representative David Wolkins, noted that it could save some property owners money. For those owners who don't need to build fencing for agricultural reasons, the posts and purple paint would legally serve as a warning against trespassing.  It has been reported that these “purple paint” laws date back to 1987, when then-Governor Bill Clinton signed the first such law into effect in Arkansas. Previous States to adopt some version of the law include Texas, Illinois, Missouri, North Carolina, Maine ,Florida, Idaho, Arkansas, Montana, Arizona, and Kansas.

But what happens to someone who simply has know idea what the purple stripes mean?

A precocious six year-old stands in front of a broken cookie jar. “Did you do this on purpose?” her mother asks.  The child thinks for a minute. She definitely ate the cookie on purpose. But she didn't mean to break the cookie jar in the process. Which is her mother referring to–the cookie or the broken jar?  So she splits the difference.

“I did it accidentally on purpose,” she says.

For a would-be trespasser, it's not hard to imagine a similar response when a police or conservation officer asks, “What are you doing on this farmer's property?”

Holding to the aphorism about ignorance of the law being no excuse is usually a pretty good guide, but ignorance of the facts is something else entirely. This type of ignorance frequently creates valid defense to crimes.  Why? Without getting too far into the legal weeds, it will suffice to say that many crimes contain “intent” as an element which must be proven for the defendant to be found guilty. Murder is an easy example. There's simply no such thing as accidentally committing murder.

So, can a Photographer accidentally trespass?  Well, yes, if she does so accidentally on purpose.  Let's break that down: 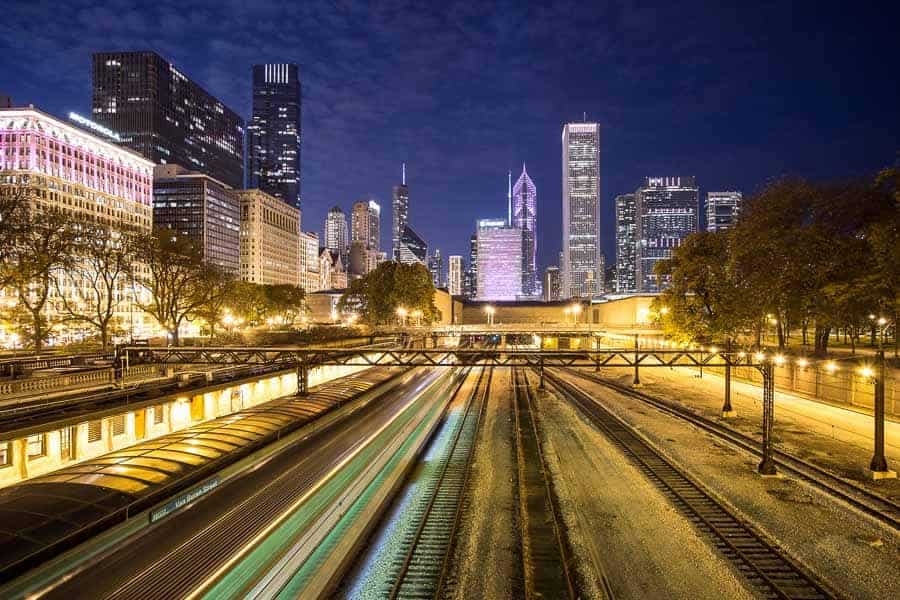 Of course, there's more to consider than just avoiding a criminal charge. First, just because you're not guilty of trespass doesn't mean the owner cannot claim a copyright in the structures that appear in your image. Enforcing the copyright doesn't depend on posting a “No Trespassing” sign or purple paint.

Also, beware of special industry-protecting trespassing laws. Some States have given businesses an additional tool to fight industrial espionage and activists who visit or photograph businesses under false pretenses.  If your photography business or hobby spills over into gonzo journalism, or hidden-camera expose territory, beware.  These so-called “Ag-Gag” laws typically make it a crime to inter onto an agricultural premises with the intent to damage the business–including its reputation.  These laws remain somewhat controversial, as some journalists and animal rights activists believe hidden-camera techniques to be essential to uncovering abuses. You might call these “trespassing on steroids” laws, as they cay carry stiffer penalties. Don't be the test case for the unwary photographer caught up in them.

I think it's just bad form to walk or drive onto private property without the owner's permission, even if there are no posted signs or purple trees.

So, by all means, make it your goal not to get arrested. But honestly, that seems like a pretty low bar for a photography excursion. That's like something that the worst guy at a bachelor party shoots for. (“Dude, this party is going to be lit. Let's just not get arrested.”) I think it's just bad form to walk or drive onto private property without the owner's permission, even if there are no posted signs or purple trees. I can't help but hear Jurassic Park OG Jeff Goldblum in my head, reminding me that I'm so preoccupied with whether I can photograph at a particular location, I might not stop to see if I should. 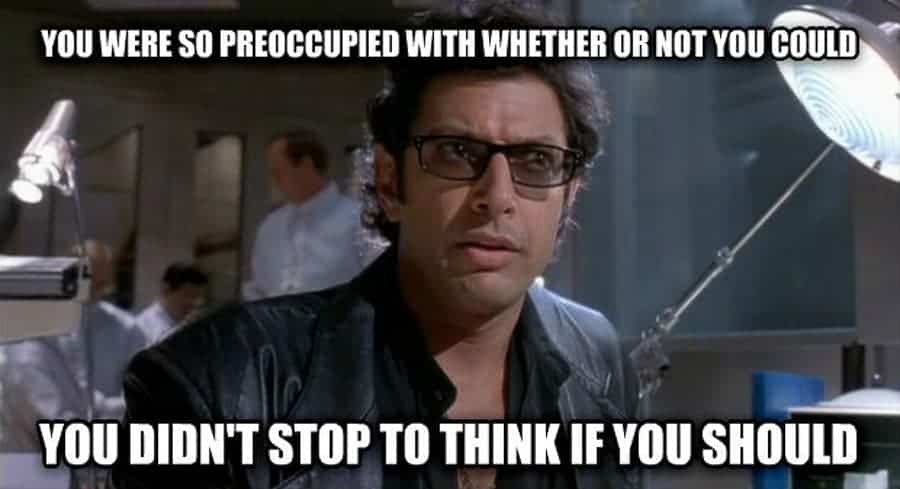 Whatever your photography passion, it's important to know where you stand with property owners when you're outside the studio. Being a good neighbor and a good traveler is just part of being a good photographer. Now if you'll excuse me, I'm feeling a little vulnerable since you all know that my inner voice is Jeff Goldblum.

7 thoughts on “What Photographers Should Know About Trespassing”