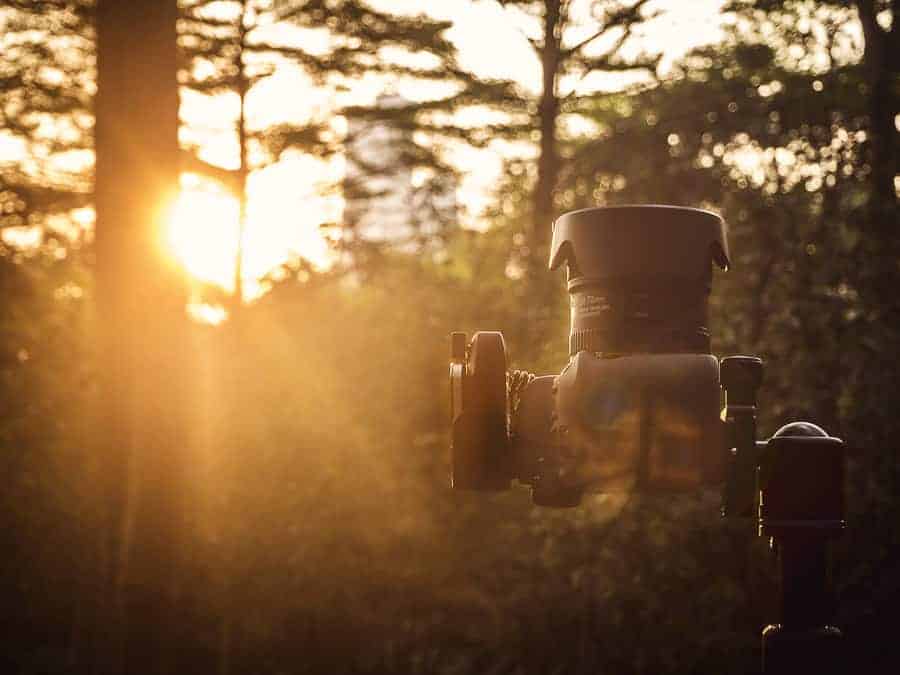 So you want to be a photographer, but you're not sure where to start. Your photos come out blurry, not blurry enough, too bright, too dark, not focused enough, or any other slew of problems that can dissuade new photographers from really running the gauntlet that is a phenomenal hobby. This product is here to help you with that.

This is the primary pitch behind the Aurga DSLR assistant. As someone who shoots professionally, I would 100% purchase this product, over and over again, one for each of my cameras. It is just SO. STINKING. COOL. There is one major drawback to the device in its current form, and I will address that in the article, but I cant explain enough how much I would recommend this product.

Before we go too far, please know that this tool is currently running a campaign on Kickstarter. It was FULLY FUNDED 48 hours into their campaign, so there is an apparent huge interest in this kind of product, but you can see what the final version of the device will be capable of by going to their campaign page. All of the images posted here are from the Aurga press kit. From there you can also see their press release, get more in depth information about the unit and app themselves, and see their demos. I also recommend backing the project, even though it's already funded. It gives you a great deal on the overall cost of the unit, AND gives the people who made this opportunity for improvements (like the one I'll be listing at the end of the article). 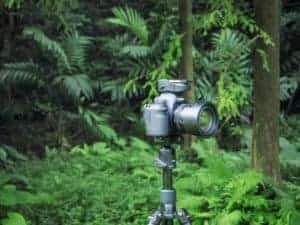 Here's the basic premise: you take the Aurga tool, plug it into your hot shoe (the unit you normally plug a flash into), connect the cable to your AV port on your DSLR, and then you have access to your camera's functionality from any smart device with the Aurga app downloaded.

The unit includes an SD card port, which you can store your photos on as a backup to your camera, as well as a device that creates a mobile wireless hot spot. I love their use of a hot spot over Bluetooth because my phone battery PLUMMETS when my Bluetooth is active. So my ancient phone doesn't have exponentially worse battery life while using the tool. In addition, the unit can charge your device using the on-board USB port, so if you're going through a longer shoot you'll have extended battery life on your device. Couple this with your own personal power bank and you can shoot till your camera batteries run out!

Okay, that is the foundation for the tool – let's get into the nitty gritty.

First statement of frustration: the app for Droids is still not in its final form (though it is for iPhones). I tend to be an outlier in the world of computer/smart technology because I, personally, do not find Apple products to be worth the cost. Unfortunately, that means my phone apps tend to be lacking. That said, they are working on completing the app for the Droid system, and the few bells and whistles that are missing were not even close to deterring me from recommending this app.

So, I am the proud owner of an ancient (in smart phone years) Droid Mini. Using this phone, everything the app 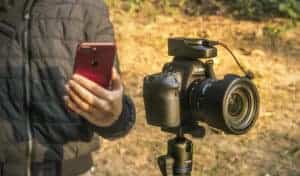 claimed to sport worked functionally, and for the most part was very user friendly. The app utilizes a zone system – top bar, side bar, bottom bar (which I believe they call shot bar), and tapping the screen helps transition you in and out of the tools. I was able to seamlessly change my settings (I shoot in manual mode 95% of the time), including my shooting mode! This was I think one of the instances of a super great function – being able to alternate between aperture priority and shutter priority without having to go near the camera.

The app allows you to turn on live view and control your focus (though I did have to make sure my lens was on manual focus in order to adjust in the app), as well as create grid overlays of composition layouts. You are able to change all of your settings while in live view, and see a real time effect on the image, which is just such a cool thing to me. There is a slight delay between what the camera sees and what displays on your phone, though this shouldn't be a surprise. It is not overly frustrating, though it can be mildly disorienting the first time you are moving something in a still life, look back at your phone and still see your hand in the view.

You have multiple storage options, available through the settings menu. You can choose where to save the images, including onto your phone or smart device. In addition to that, you have the ability to program it so that when you return to your home base, if you have a NAS device, the Aurga can automatically back up your photos onto the NAS for even more redundancy, as well as saving your workflow the extra step of doing that yourself. This device does a wonderful job of trying to help beginning users understand and utilize back up systems, as well as aiding the professional in saving valuable minutes by eliminating steps in our own back up routines.

You have the ability to build  HDR photos in app (though that is one feature I could not test myself via the Droid version of the app – so I cannot speak to the quality of those currently), as well as set an  intervalometer to build time lapses which you can then preview in the app.

In addition, if you are learning, the app has the ability to view a scene and help you make decisions about how best to shoot it. I am always wary of this type of technology, and unfortunately I was unable to test their scene functions with the app Beta, however I plan on doing an update once the app and unit are fully released discussing the successes and failures of the scene functionality. That would probably be worthy of it's own article as well.

Overall, the Aurga is AWESOME.

But (there's always a but) there is one thing that I hope they are able to build into their functionality moving forward. Since the Aurga device takes over the hot shoe, you lose the ability to wirelessly trigger any flash units you may have need of. There are some workarounds through this depending on your camera and flash models, but for those who work on a budget, or prefer the technology of third party flashes, or who utilize full strobes over external flashes, this can be problematic.

As an example, at a recent shoot I did at an airport, I had a total of 6 different flash units (four external flash units and two strobes) going; I was too far away from the strobes to (safely) wire up to them, and I was utilizing a mix of brands for flash units, none of which had communication capabilities to my DSLR without a trigger on my hot shoe. As a commercial shooter and artist who heavily relies on flash in my work, this is such a huge drawback of the unit. However, this company definitely seems to know what types of things photographers are looking for, and I am hopeful that there will be an evolution of the unit at some point that includes some method for enabling wireless flash triggers.

I would definitely recommend this to anyone who had an interest in potentially stepping away for their camera while still maintaining control (imagine not having to utilize a countdown timer to allow your tripod to settle from vibrations for slow shutter speeds – just step away, and then shoot as frequently as you need to from a safe distance away). I would love to utilize this product more in my own personal art process, so I eagerly hope they work on developing a flash trigger option; that one flaw, in addition to us Droid users being behind in our full app functionality, are the only reasons points came off the unit for my review. I may do an updated review once the full app has been released and I have the opportunity to test each option in depth and post some examples of the scene choices the unit makes.

AWESOME (I know that's not really a “pro”, I'm just a super fan boy of this idea) 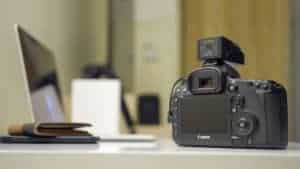 NO WIRELESS FLASH OPPORTUNITIES (again, with a hopeful “yet”)
Droid app is still behind the times (but it can do everything I would personally need it to)
Feels a little cheap/easy to break – though this may be because I have a demo unit. I'll have to do an update once I acquire all the final products.

If you haven't yet, head over and check out the Kickstarter campaign by clicking here, and consider donating. I certainly will be! And drop a note below if you donate, or if you use a different system to control your camera from a distance, let's talk about what you use, why you like it, and if we should have a showdown!