OR – How to get rid of GAS without spending all of your money.

Black Friday and Cyber Monday are a thing of the past. The Holidays are almost over. You've been thinking about that new camera or lens and been saving for months but have yet to pull the trigger. The New Year is a perfect time to upgrade your old kit but why buy the expensive brand-new gear when you can get last years model for a relative bargain? Buying the previous model, either new/used or refurbished can save you some big bucks!

Who doesn't want the latest and greatest?

Right now is an excellent time for us photographers. Technology is improving our capabilities at a very fast rate. All of the manufacturers have excellent equipment and all you need to do is find which system is right for you and sit down and make a list. Almost everyone likes to browse gear specs but the sticker shock often detracts from the excitement. What are YOUR particular needs. Do you NEED higher than 24MP? Do you NEED more than 5 fps? Do you NEED the newest version of a lens that may be sharper in the corners? Ask yourself if the answer to any of these questions is NO then there are killer deals to be found right now.

Avoid being the first.

Let others do the testing of new systems and give new releases a year or so on the market before seriously looking to buy them. There are a few reasons for this; 1. Issues with the camera/lens will probably be worked out, and; 2. Prices may drop down to a more reasonable rate. First adopters sometimes suffer through some unexpected issues. If you rely on your gear for your income make sure you are confident with your new equipment. Even if you are an amateur there's satisfaction in knowing that your gear will work as intended. I'm always very happy to pick up a gently used piece of gear when somebody else upgrades. I've saved thousands of dollars being a savvy consumer and you can too.

Top Picks from the near Past…

Below is a list of pro (and prosumer) camera bodies and lenses that may be a perfect upgrade for you without selling your first-born child to pay for them. Step up to that gear that you were drooling over just a few short years ago. I've purposely skipped the flagship bodies because if you are in the market for one of those you probably know exactly what you are looking for. There are many more to add to this list but these are my favorites and definitely ones to strongly consider. 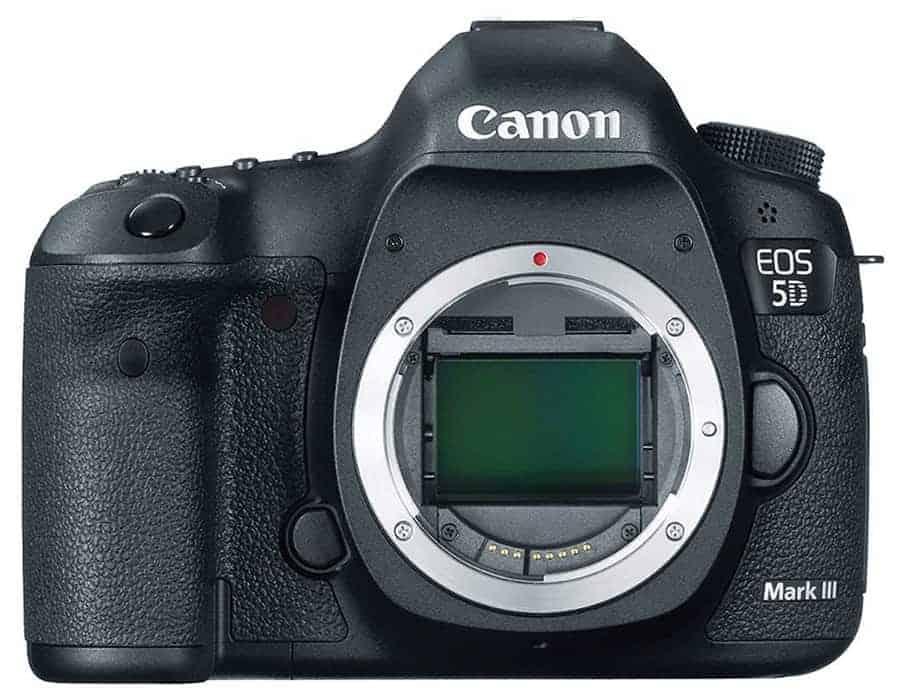 Canon 5D Mark III – Canon's fabulous jack-of-all-trades workhorse is now almost six years old. This just doesn't seem possible. The 5D line is usually the go to all-around pick for professionals that do not need the high FPS of the flagship 1D line. The 5D3 was released in March 2012 with a MSRP of $3,499. September 2016 saw the release of the 5D4 with the same price. You can easily find the 5D3 for about $2k and I've seen some gently used bodies all the way down to about $1,300. Make no mistake about it this body still competes solidly against the competition. 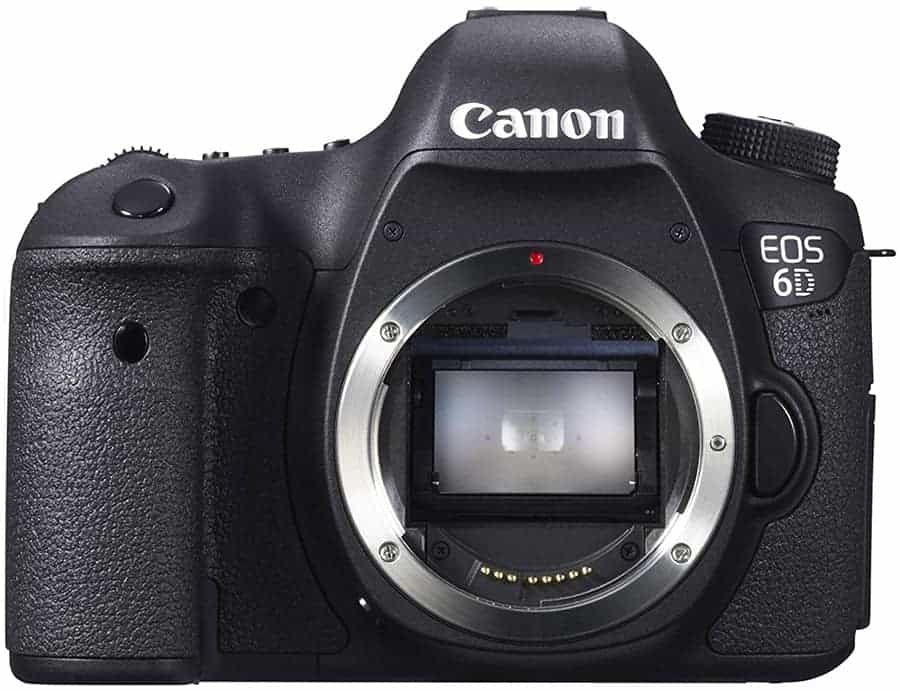 Canon 6D – Canon's entry level full frame body was released in the fall of 2012 for just over $2k. With the release of the new Mark II, prices on the original have fallen quite a bit. If you shoot landscape, studio or night photography this camera may be perfect for you despite it's limited AF capabilities. You can still find them new for about $1k and I've seen them used all the time for about $800. This was my first full-frame DSLR and I loved it. I purchased it on Black Friday about a year after release as a refurbished model and saved over $800 from retail AND with a factory 1 year warranty. I just sold it for $650 with 45k on the shutter (rated for 100k).

Canon 70D – Canon's mid level prosumer APSC crop body was released in the summer of 2013 for $1,100 and was replaced by the 80D in summer 2016. If you do not need or want a full frame body or already have a bunch of EF-S glass you should consider this solid camera for well under $800 used. Its 20.2-million-pixel Dual Pixel CMOS AF is a top choice for shooting HD video in 1080p resolution (not everyone needs, or wants, 4k). 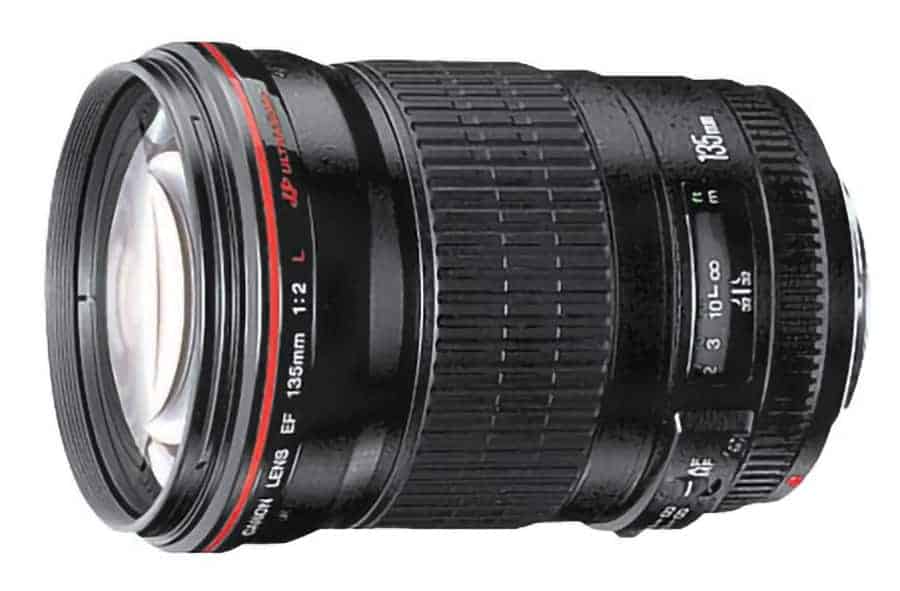 Canon EF 135mm f2L USM – This dreamy lens is one of Canon's most popular of all-time. You can find very nice used 135's all the time for $600-750 or a refurbished copy from Canon USA for $799 with warranty. The new 135 IS is on the horizon so the price on this gem may be falling quite a bit in the near future. 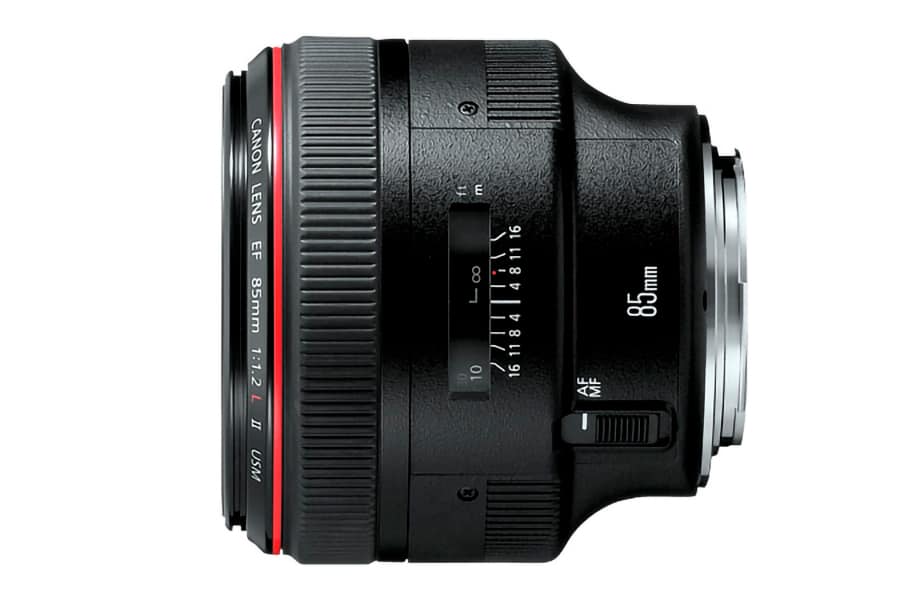 One to watch – The Canon 85mm f/1.2L II USM is in the bag of most serious Canon portrait photographers. The stabilized, faster focusing EF 85mm f/1.4L IS USM has just been released at $1,599 so you might find some really excellent deals out there for the f1.2 lens. 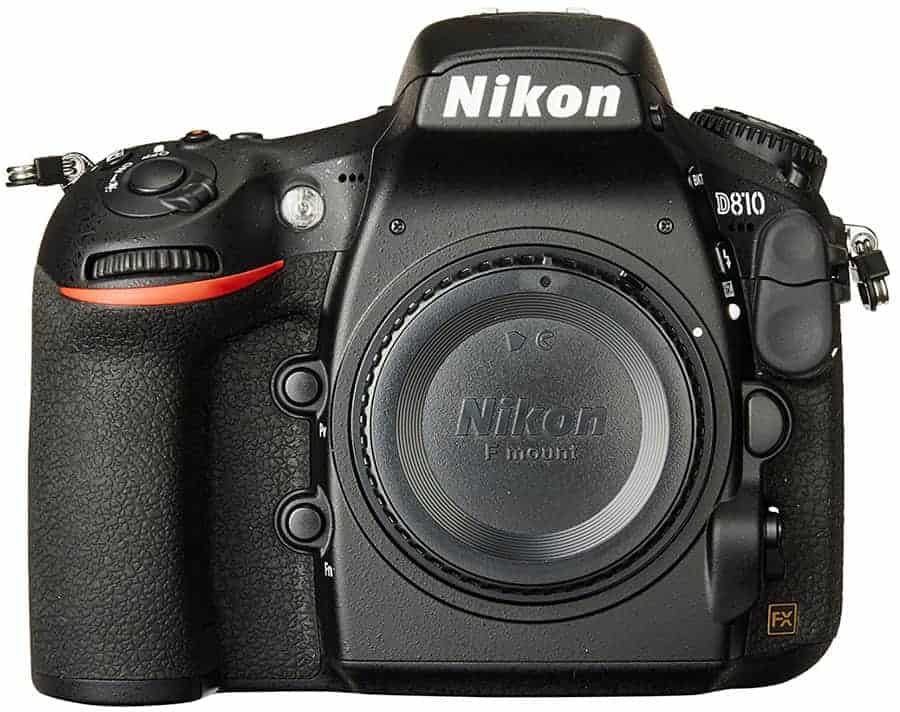 Nikon D810 – The landscape photographers dream comes with a robust 36MP sensor and the Expeed 4 image processor and USB3. It was released in the summer of 2014 for $3,300. The new 45MP D850 was released just this summer for a whopping $4,300 so the D810 has become a relative bargain with used copies coming in at less than $2k all the time. Does the 850 outshine the 810? In some cases yes. Do the side-by-side comparison and I'll bet you'll see the D810 will do everything you need it to, and more. 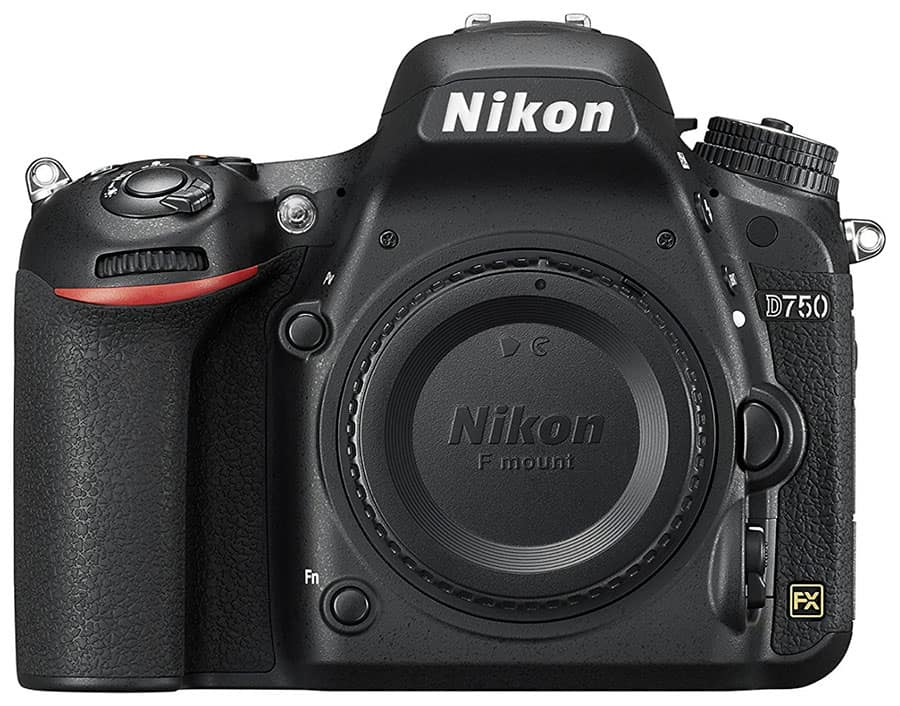 If you don't need that many mega-pixels than the 810's little brother, the Nikon D750,  may be perfect for you. It's a 24MP full-frame DSLR announced in September of 2014 for $2,300. It can still be purchased new for less than $1,500 with used prices hovering around $1k. This is an excellent body that gives you speed, great ISO capabilities as well as HD video and a tilting LCD screen. 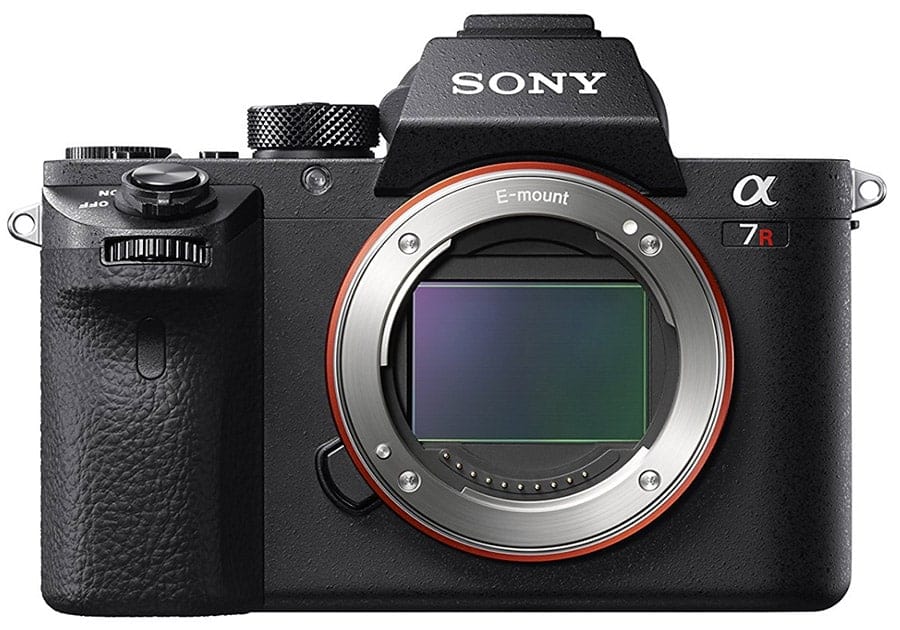 Sony a7rII – This 42MB full-frame mirrorless beast with In Body Image Stabilization (IBIS) was released just over two years ago for a hefty $3,200 MSRP. Since the A7rIII just came out this fall the retail price has dropped significantly to just shy of $2k. If you get lucky you might be able to grab a lightly used one for as low as $1,600. If that is still a bit high for your budget then the original 36MP, non-IBIS A7r can be found used for about $1k. 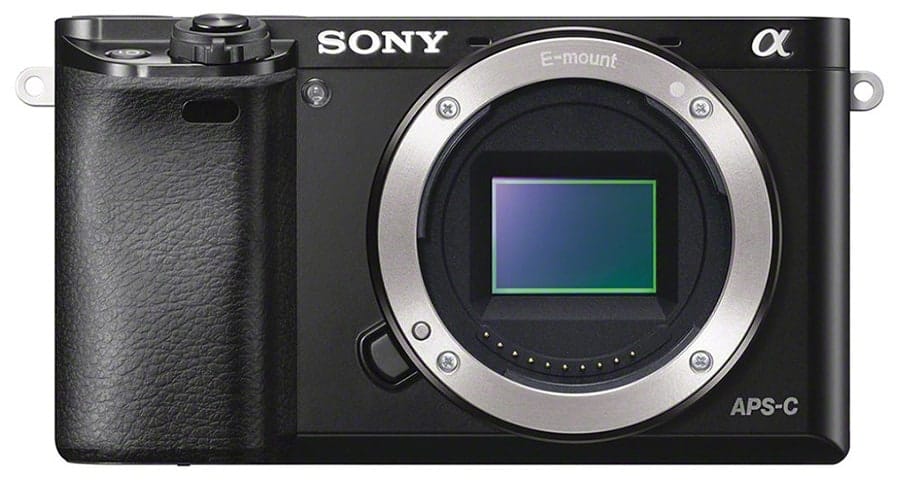 Sony a6000 – The a6300 and a6500 are out now so this APS-C mirrorless body from 2014 is a huge bargain at $449 new and still an excellent camera. Shoot up to 11 FPS with this little 24MP monster. Lens adapter mounts from companies like Metabones allow you to adapt many manufacturers lenses as well. 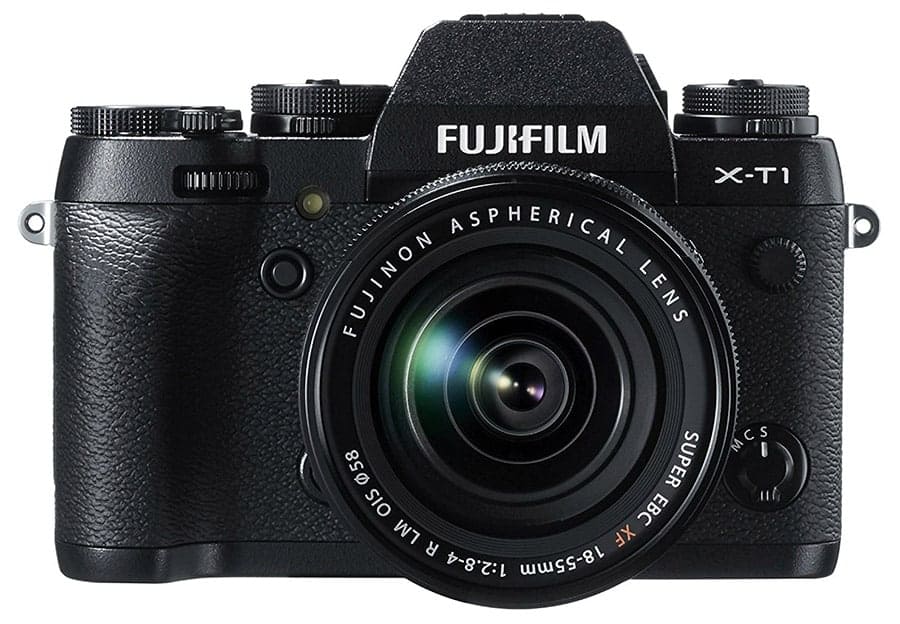 Fujifilm X-T1 – January 2014 saw the release of Fuji's wonderful APSC mirrorless body for about $1,300. Many people love the manual dials for ISO, Shutter speed and Exposure Compensation on the top. The retro look is cool too. Since the X-T2 came out in the fall of 2016 for $1,500 the older body has dropped to about $750 currently on sale. You can find lightly used bodies for as little as $500. Numerous firmware updates have kept this body current. This is quite a camera for not much coin!

January may be a great time to find excellent deals as retailers are trying to reduce old stock inventory, photographers are selling their old gear and some are just trying to pay off their over bloated credit cards. Take advantage of this time and make an intelligent choice based on your actual NEEDS instead of your WANTS. You'll be happier in the long run shooting with more than capable gear and keeping some money in your pocket… or using it on some new glass. Who doesn't like new glass?