The New Year is a time when resolutions are made.  What if with a program of weekly “photo exercise” you could grow your photo skills tremendously by this time next year?  That’s the objective of a “Project 52” and you can use such a program to get better and better as a photographer.

Seven days without a photo makes one weak!  Photography is like any other endeavor, it’s practice that will improve your skills.  The concept of a “Project 52” is taking on a weekly photo assignment for each of the 52 weeks of the year.  I have done this twice now and in both cases, nothing improved my photography as much.

I had heard of others doing such programs, some doing the 52-week exercise, others going for a daily 365 photo-a-day project.  I opted against the latter, mainly because I wanted to put more thought into my work.  I figured having to do a photo each day would soon have me taking snapshots of my lunch with a cellphone.  I wanted quality, well-thought-out photographs and assignments that would stretch me, forcing me to shoot subjects and try techniques I’d never done before.

I first did this in 2013 and set some “ground rules” before I got started:

I would strongly suggest if you decide to do a Project 52 that you adopt similar rules.

As with exercise, diet, or other resolutions you might make for the New Year, you want this to be a structured discipline, something you will strive to conscientiously complete each week.  I thought of it much like I’d handled college courses where assignments needed to be completed and turned in each week, on time.

My 2013 Project 52 was the first time I tried this.  I set up a blog structure using the free version of Weebly, an online web-building and hosting site.  I found the tools there well-suited to what I wanted to do and a great way to be able to share the weekly posting with others.  I’m sure other such sites would work as well, or perhaps even better, depending on what you want to do.

Though such a project could be started any time of the year, I also liked the idea of starting at the beginning of the year, making it feel even more like a resolution.  As for guiding my subject matter, for each assignment, that first year I simply shot whatever caught my eye during the week.  As such, I found many of my weekly posts were seasonal in nature; Snow and ice in the winter, flowers and showers in the spring, outdoor activities in the summer, and autumn leaves in the fall.

As the weeks went on I also decided to try some techniques I’d seen, but never photographed.

For several weeks I explored macro photography in various forms; using extension tubes and reverse-lens macro techniques (see my last article on that). Other opportunities presented themselves and I shot various still-life subjects, did wildlife shots, and tried some bokeh techniques.

One of my favorite weeks came during a hot spell in June when I decided to give “Splash Photography” a try having seen the technique on Youtube.   My previous “High-Speed Photography” article detailed that technique.  I made both high-speed shutter captures and in a later week, high-speed flash photos. 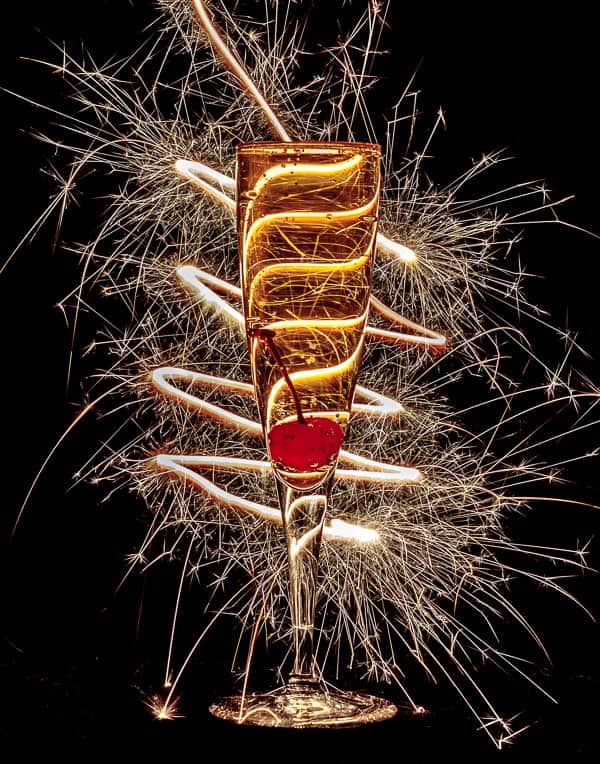 The week when July 4th came along of course I had to play with some fireworks photography.  I continued that for a second week trying some longer exposures for some creative still-life shots.  Youtube continued to inspire and I tried some water and oil abstracts, and some smoke photography.  (Look for Smoke Photography Techniques in an article I'm writing for publishing here on January 8).

Of course, the holidays brought some inspiration too and I did a Halloween week and several weeks of Christmas shots, finally completing my year-long project with a New Years theme.  Woo hoo!  I’d actually completed the entire 52-week exercise!

Over the course of the year, the forced discipline of a weekly assignment had much the same effect as a weekly exercise program might have; I felt my “photo muscles” had grown and I was a stronger photographer as a result.

I'd tried things I’d never done before, using composition, camera, and lighting techniques that were new to me.  Another benefit was that I amassed a nice collection of images, many of which I later printed, shared, entered into contests, and even sold. 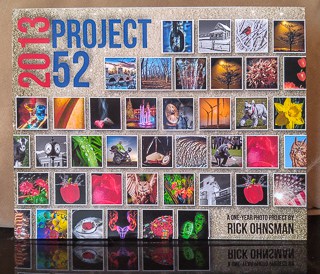 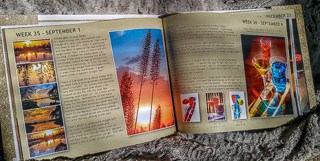 In 2014 I gave it a rest for a year, but then in 2015 I decided to take the 2013 Project 52 images as well as the blog narrative and produce a book.  I used the online design and publication company Mixbook who had a nice combination of layout and design tools and also produced a quality book at a nice price. 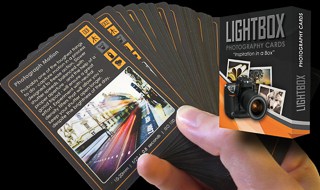 As 2016 neared, I began to think about doing another Project 52, but this time with a special card set I’d read about; the Lightbox Photography Cards.  The basic set has 52-cards in the box, each with a subject.  I figured they’d be perfect and with 52 cards, exactly in tune with a Project 52.  I bought a set, shuffled the deck, and added another rule for this second go around:  I would not look at the cards, drawing one off the top of the deck each week with a week to complete the assignment.  Only when the assignment was completed and posted would I draw another card.

This new spin on doing the Project 52 was much harder.

Since I was not picking the subjects, I'd often have to get creative to figure out how to interpret the subject as well as when, where, and how to shoot it.  Often, abstract assignments such as “Motion,” “Weather,” or “The Color Blue” challenged me to decide what to shoot.  I often had to scratch my head a bit when I drew cards with subjects like “Trash,” or “Collections.”  I also got pushed out of my comfort zone when I had to do “Street Portraits,” something I’d never tried.  I'd also never done a “Self-Portrait.”  The resulting image from that assignment is the one I'm using as my mugshot in the About the Author section at the end of this article.

Only once did I have to bury a card on the bottom of the deck. When the assignment was “Lightning,”  I just couldn’t figure out how I was going to summon a storm in the week I had to complete the assignment!  Otherwise, I’m proud to say I completed all of the assignments and only a couple of times when other life circumstances intervened was I late making my weekly post.

I see that since I did that 2016 Project 52, Lightbox has added several new card sets.  In addition to the 52-card Original set I used, there now is a Mobile Edition, Wedding Edition, and Macro Edition. Each is $10.00 or there are two-set combo packs for $18.00.  The price is cheap enough, it’s the work and commitment that will come a bit harder! 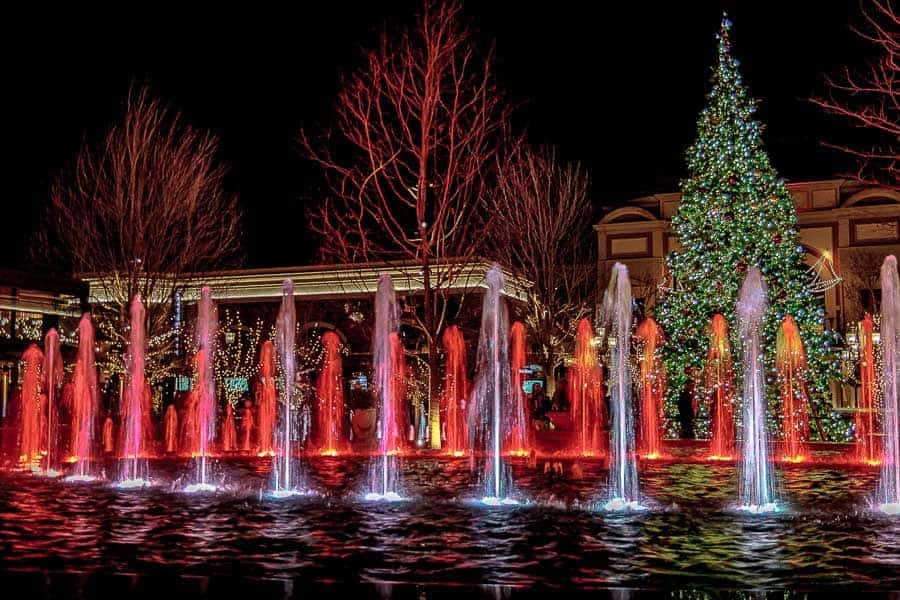 So if you’re looking for a way to become a better photographer in 2018 and are willing to make a serious one-year commitment, I heartily endorse taking on a Project 52.  Set your own ground rules that fit your lifestyle and make that resolution!  Let me know if you decide to do it.   I’d love to see links to your blog sites or to posted images of your work in the comments.  Here’s to a bright, prosperous, joyous, and photo-filled New Year!