After sorting through photos submitted from over 140 countries, IPPAwards.com announced their grand prize winner Sebastian Tomada. What exactly was his grand prize? The site doesn't even say. That's what's so great about the internet. If you have a popular website, you get to make up your own awards. And why not? It makes people feel special. 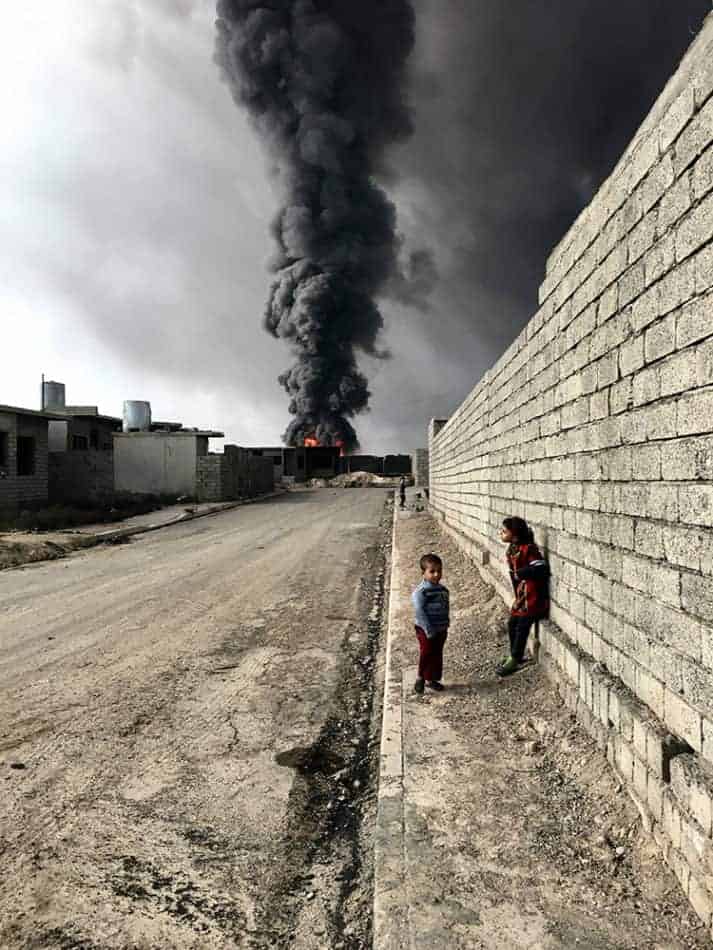 These are two children wandering the streets of Qayyarah, Iraq after Islamic State Forces set fire to oil wells.  Of the 50 oil wells in the area, the Iraqi military set 18 of them on fire. The fires went on for months, with the oil well near Qayyarah being one of the last to be put out. Other accounts, such as those from CenGiz Yar, show that children's hands were covered in soot from the pollution these fires created. You can check out PHOTOGRAPHS BY CENGIZ YAR here.

See all of the winners of the contest here.  There are a number of incredible mobile photos that actually tell stories–something that is missing from many “technically perfect” DSLR photos.

This to me is the attraction as well as the challenge of mobile photography. With so many people who have iPhones and other smartphones, almost everyone thinks they are now a photographer.  In this case, someone was able to capture an incredible and impactful photo with the camera he had with him.  I certainly don't mind a slight loss in detail in the concrete or the wall in this shot because it tells a powerful story.  The lonely children in front of a war-torn home with plumes of thick black smoke speak volumes.  However, mobile photography has also motivated a lot of people to ignore image quality.

After several years of watching my husband become a photographer, and I mean “an actually good” photographer, I have seen the hours of practice and the hours of reading he puts into learning and mastering the art of photography.  Sure, cameras are now nearly perfect and capture so much more than we have ever been able to before, but actually “good” photography that can inspire, uplift, convey messages, or capture precisely what your eyes saw that day, is really what being a “photographer” is all about. And kudos to Sebastian Tomada. You nailed it.

If you'd like to participate in IPPAwards 11th annual contest, they are now accepting entries. Click here to go to their site for more information.

And if you'd like to participate in Improve Photography's new “photo story” column, click here. Help inspire us as well as thousands of fellow “actual photographers” and share with us your most valued masterpiece.

4 thoughts on “This iPhone Photo Won an International Photography Contest”