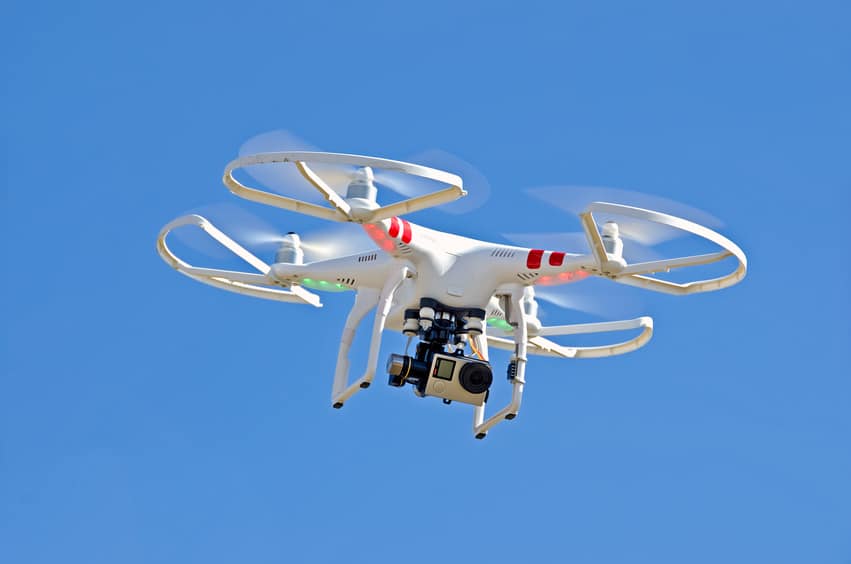 However, the dramatic rise of the drone market appears not to be equally distributed.  Chinese firm Yuneec, as well as GoPro, Lily, Parrot, and 3D Robotics are all struggling to compete with drone technology.  All have experienced dramatic financial meltdowns over the last year.

Yuneec, which produces what is probably the best alternative to DJI's famed Phantom line, is also struggling.  Despite being backed by Intel with a $60 million investment, it is currently in dire financial straits.  Its suppliers have even picketed in front of the company demanding payment for ordered parts.

After laying off an undisclosed (very Chinese of them) number of employees last year, Yuneec has failed to release a compelling drone since its Typhoon H over a year ago.

3D Robotics and GoPro are the only serious drone competitors in North America; however, they have now completely stopped producing new drones.  As of the end of 2016, they had burned through over $300 million in venture capital and laid off over 330 employees–leaving fewer than 20 employees today.

3d Robotics has failed because it staked its future on the 3D Solo Drone, which it expected to take the mass market.  Unfortunately, delays, bugs, and competition from DJI killed those hopes.

Remember the Lily Drone?  They're Bankrupt.  And being sued.

Despite receiving over $34 million in pre-orders for the Lilly Drone in 2015, the company was unable to turn the concept into reality and emailed its customers in January 2017 telling them the drone would not be built and the company was going bankrupt.

The District Attorney's office raided the office of Lily and filed a lawsuit against the company and its owners for deceiving customers by using other company's drones to advertise the Lily.

French drone maker Parrot laid off over 100 employees in late 2016 due to its failed attempt to make a significant profit margin on its drones.  Parrot has focused on the lower consumer end of the market almost exclusively with 80% of its revenue coming from consumer drones.

It complains that profit margins are so low in this segment that it is not possible to grow the business in that market.  It intends to focus future efforts on commercial drones where margins and prices are higher.  The company currently holds 7% of the consumer drone market.

GoPro stock currently trades at less than 1/8th the price of the stock before it had entered the drone space; however, that stock change is mostly due to its slowing sales of GoPro cameras as consumers failed to upgrade as frequently as the company had hoped.

The Karma is a capable drone which gives the DJI Mavic stern competition, but most reviewers seem to prefer the Mavic.

It's estimated that the GoPro Karma currently holds a smaller than 4% share of the drone market despite massive media attention and hype.  If GoPro fails to update the drone in 2017, it will be so far behind DJI as to quash any hopes for a future in the drone market.

GoPro, in my opinion, is the most likely company on this list to give significant competition to DJI.