I have switched camera brands multiple times over the last 10 years, and have always had the latest-and-greatest gear.  I shot a Canon camera system first, switched to Nikon, then went to Nikon full frame, then I shot Fuji for two years, and this week I bought a Sony a7rii to play with for a while.  Yet, I've spent next to nothing on camera gear.  I often earn money by switching camera brands.

This post shows my process for getting the best gear for next to nothing after your initial camera investment.

My sister-in-law is a real estate photographer.  Last week she told me she felt that her current camera system was holding her back, but that she didn't want to spend thousands of dollars on new gear.

I worked with her for one night and we found that we could switch her from a crop sensor to a full-frame camera, buy top-of-the-line real estate photography gear, and she would pocket $226.  I found that if she sold all of her gear on Craigslist, eBay, and Amazon (each one has a different specialty for different gear items, which I'll cover later), she would have enough to make the switch if she was smart about it.

Her current gear and how much she could earn by selling it:

She will have some taxes and fees from selling her current gear (I'll discuss later how to mitigate these), but even after figuring out the taxes and fees, she still pockets some money AND massively upgrades her gear.

Step 1: Take a Detailed Inventory of Your Current Gear

I keep a Google Sheet with all of my gear detailed on it.  That way, I can quickly see what is in my inventory, how much it's worth, and what gear I may not need anymore.

Most photographers underestimate how much their older gear is worth, and forget about gear you don't regularly use anymore.  Remember that cheapo Canon camera bag from your first Canon Rebel? Another $15!  Remember that horrible superzoom you bought and is currently rotting on a shelf in your garage?  $200 closer to your new camera.

Just take half an hour and create a Google sheet that covers every single piece of photography gear you own–no matter how small.  Take the time to think through everything:

Now ADD to that list any old tech that you also have in your house that isn't necessarily photography related.  This may include the following (just to get you thinking)

Not every photographer has ten thousand dollars of gear just sitting unused, but most photographers who have been shooting for more than 5 years will have more unused gear than you'd think.  Take the time to actually list everything out and you may be surprised what you've acquired.

Amazon – Many people don't realize that any Amazon user can also sell on the site.

Go to the listing for the piece of gear you want to sell to see how much it is worth.  Look on the right-hand side in the middle of the page.  There is a little box showing used items also available.  Under that box is a tiny link that says “Have one to sell?”  This is where you click to create your listing.

I generally price items $1 cheaper than the cheapest item in similar condition.  Since Amazon has such high volumes, most items I list sell within 2-3 days, but if it's an unpopular item, it could take more time.

Keep in mind that fees can be high on Amazon for selling used gear.  If you sell a lens for $1,000, your fees will be about $82.  It's the fees that make Amazon a tough place to sell used gear.  However, for selling less common items like a specific tripod, a camera bag, etc, it's the best way to get it sold fast.

Another thing to factor in is that when you sell an item through Amazon, you can buy shipping through Amazon at a deep discount.  If the item is very large and heavy (like selling a desktop computer), then this may be factor.

eBay – The real advantage of eBay is that the fees are lower than selling on Amazon.  The fees are generally equal to 2.9% (to cover credit card processing), plus any insertion fees if you promote the listing or have a reserve.

My strategy for selling on eBay is to only sell items at a Buy it Now price and to not list things for auctions.  Auction items, in my experience, rarely earn as much as listing it as “Buy it Now”.  I usually list the item for “Buy it Now” for the same price as the cheapest listing on Amazon for similar condition.

Craigslist/Facebook Marketplace – Craigslist is a good way to sell inexpensive used consumer photography gear.  For example, a Nikon D3200 or a Canon Rebel.  If the item is under $400, then Craigslist is probably a good bet.

However, for specialized gear or expensive lenses, Craigslist can be tough to find buyers unless you live in a very large city with a big market.

The biggest advantage to Craigslist is that you have no fees at all for selling the gear.  Also, check Facebook Marketplace or buy/sell groups on Facebook, as well as local photographer groups where you could list the item.

How to Get Top Dollar for Your Used Gear 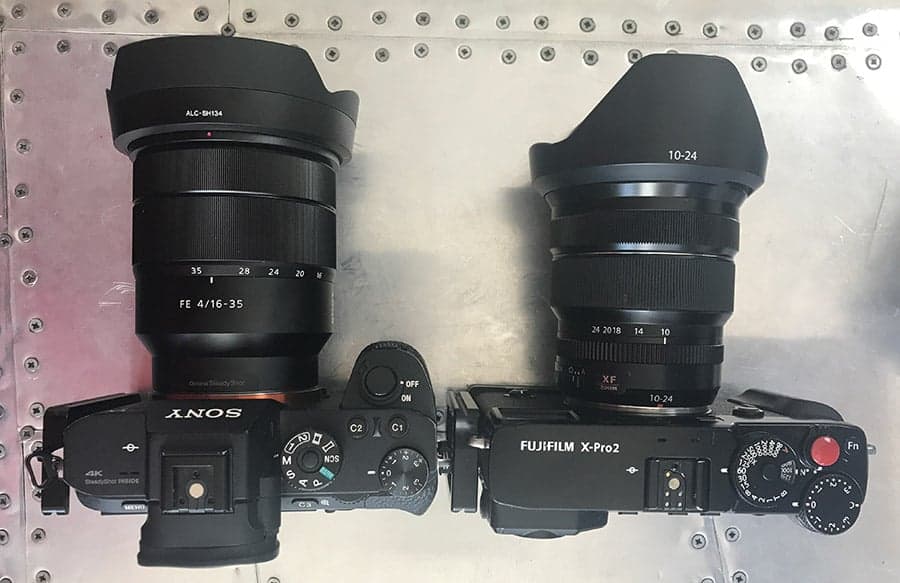 How to Buy New Gear on the Cheap

First of all, don't lock yourself into the mindset that you have to buy brand new gear.  I've purchased dozens of used lenses and cameras over the last 10 years and have never even once been stuck with a lemon.  However, there are things to watch out for, and I'll walk you through them.

I have made some fantastic purchases using eBay auctions which saved me a few hundred dollars on a lens or camera.  For example, this morning I bought a Sony FE 70-200 f/4 G OSS lens.  It sells for $1,500 new, but I bought one that was an open box return in like new condition on eBay for $869.  That's almost half the cost!

My process for bidding on eBay items is to first go to Amazon and see what the cheapest used item is in good or like new condition which is available on prime (better return policy).  I use that as my base price and then go to eBay to see if I can get it cheaper.  I often can.

On eBay, I only bid on items that have 10 hours or less left in the auction.  The “Buy it Now” items are usually overpriced.  I usually place my max bid for an item at $200 less than the cheapest used listing on Amazon.  It often takes losing 2 or 3 auctions before you win one, but I often buy gear on eBay for crazy low prices.

The most important thing with eBay is to be absolutely certain you are bidding on the exact same piece of gear.  Be certain it's not cheaper because it's gray market (bought in another country than where it is sold–meaning the warranty is no good).

Also, check the seller rating.  I only buy from sellers with top-notch ratings and who have LOTS of reviews.  If you stick to that, you're very unlikely to end up with a lemon.

There is a lot of black market gear on eBay, so NEVER buy memory cards on there because they are often fake merchandise.

I recommend that if you're buying used gear on Amazon that you only buy items which are available with prime shipping.  If it has prime shipping, it means you can easily return it if the item doesn't come as described or it's a bad copy.

Used items are available for most Amazon products in a tiny box on the right-hand side of the screen.

Lately, there have been a lot of scams on Amazon, so only buy from sellers who don't have “Just Launched” next to their user ID.  They will trick you with a low price and then message you asking you to pay a small shipping fee through Paypal, and then you won't get the item.

Before You Switch Camera Systems

Be careful not to get wrapped up in gear acquisition syndrome.  When your camera is two years old and you see a new camera announced, it can be easy to feel like the new camera is a necessity.  Sometimes I've talked myself into gear that I later learned didn't suit my style of photography.

I always recommend sitting down with a paper and pencil and actually writing down the pros and cons of the new camera system compared to your current system.  The photo above shows my pros/cons list of switching from Fuji to Sony.

Sometimes I've done this exercise and realized that I was actually happy with my current system and shouldn't switch.  It has kept me from making thousands of dollars of mistakes.  Just because a new camera is all the rage, doesn't mean it's right for you.

Buying used gear will often save you tons of money, but you may also want to buy a new camera or lens the instant it's released.  For these purchases, the pricing is often the same between retailers.  However, you can still save money buy buying from B&H or Jet.com which don't collect sales tax in most states.

I buy tons of new gear because I want to review it here on the site.  When buying new gear, I know I'll always lose some money on the sale, but often it's not much.  I bought a Nikon D800 the day it was released, used it for a year and a half on a daily basis, and sold it for only $250 less than I bought it for.  I basically rented a full frame camera for two years for $250.

The trick to not losing tons of money on buying new gear is to be certain you sell before the new model is released.  If you do that, you'll likely not lose much money as long for the demand of that camera line is high.

For example, I bought a Sony RX100 v.  The new version is rumored to be announced in 4-6 weeks according to Sony Alpha Rumors.  So what did I do this morning?  Packed it up to ship it off to the buyer.  I only lost $123 on this camera despite the fact that I bought it new.  However, if I were to wait 6 months until the new one were released, I'd probably lose $300 or $400 on the sale.  The price of the previous generation of that line is selling for $425 less.  That's a lot of depreciation.

The moral of the story is that if you buy something new, sell before the steep depreciation happens when the new version is released.

That's my process.  It's how I spend next to nothing on photo gear, yet always have top-notch gear.

The point of this article is not to send you guys in a panic to obsess over changing gear all the time.  My point is that you should never feel “stuck” with your current gear or that your gear is holding you back.  Most of the time, that's an excuse that a little hustle can fix.

16 thoughts on “How to Switch Camera Brands Without Losing Money”