With a vast array of flashes, from top brands that cost hundreds of dollars to knockoffs that are very inexpensive, the choices are great to say the very least.

What I wanted to test for this article is which rechargeable batteries performed the very best in a speedlight flash.

There are even more batteries choices available to us than there are speedlights brands.

How do we know what is best? What will provide the best performance? The best cost? Or both?

The short answer to the best battery for speedlights is that the Duracell Rechargeable 2500 mAh was the best performing battery in our tests.

It delivered 228 pops of a flash on full power with very fast recycle times.

The Eneloop Pro batteries performed admirably and were close enough to the Duracell batteries that there was little difference between the two.

While the Eneloop PRO batteries were amazing, the regular Eneloops did not perform well. 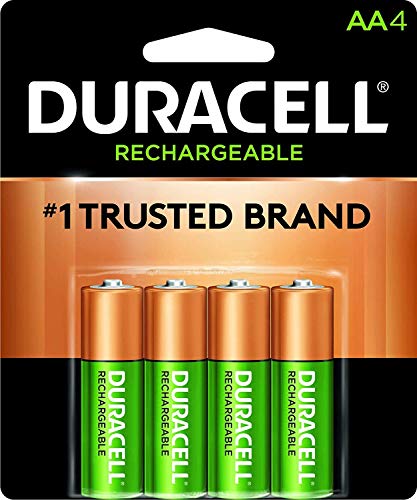 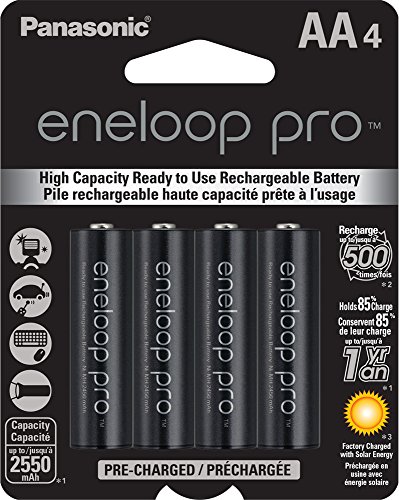 In this test we focused mainly on the AA nickel–metal hydride (Ni Mh) batteries along with the regular Alkaline batteries that we all are familiar with.

We included a set of Duracell Quantum AA batteries to represent the Alkaline side.

These batteries are certainly less expensive than the rechargeable Ni Mh batteries in terms of initial cost, but in the long run, the cost is much more.

What about performance? Are the Alkaline batteries better than the rechargeable batteries when it comes down to actual shooting?

To assure authentic and fair results, the same flash was used to test every set of batteries.

The test flash in this experiment was the inexpensive but very capable Youngnuo YN-560 iii.

Many readers and podcast listeners of Improve Photography know that these are the chosen flash heads for many of the hosts and a whole slew of fans as well.

At the recent ImprovePhotography Retreat in Phoenix, AZ, it became quickly apparent that this was the overwhelming choice of most everyone there!

The test camera was a Nikon D3200 (could have been anything) placed on a tripod and connected to an Intervalometer.

The intervalometer was set to fire up to 300 shots at full 1/1 power with a 30 second delay between each shot.

This would avoid thermal overload which would negate any results that were being recorded.

When shooting at full power continuously, the batteries and flash can become EXTREMELY hot – so hot that you cannot touch the batteries for long!

I wanted to make sure the flash also was not burned out as well.

Using this method allowed me to record flash recycle times throughout the duration of the testing and also to gather information on just how many total flashes were possible from a set of the batteries when fully charged.

Testing to failure was the goal and it worked very well.

The batteries used were as follows:

All links will take you to the product on Amazon

Like any other product on the market, there have been some pretty advanced scientific break thru moments that have occurred over the past few years in the rechargeable battery world.

For many years, rechargeable batteries had a bad reputation because they weren't very powerful and they lost their charge very quickly.

As a matter of fact, just within the last five years there have been some great strides made in the rechargeable battery world.

We will get to that and more below but let's get to the testing!

Using the intervalometer to trigger the flash in a very mechanical, exacting way, I used an electronic stopwatch to record the recycle times.

This was very tedious indeed but I can assure you I sampled each shot around the predetermined intervals (10, 20, 50th, etc) to make sure I was getting very specific results.

The recycle time is of utmost importance because when shooting an event where your flash speed is critical, we cannot be standing and waiting for our flashes to be ready for that next shot.

It is very easy to toss the retired batteries into a bag and pop new ones in but to wait every shot with seconds between each one is just not acceptable. 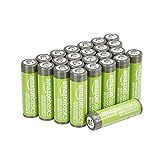 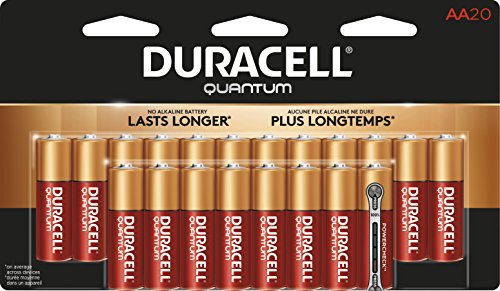 DURACELL Quantum Alkaline Batteries by far were the worst of the group. Alkaline batteries have 1.5 volts versus the lesser 1.2 volts that the Ni Mh batteries have.

You may wonder how these batteries with lesser power not only beat their Alkaline cousins but that they work at all in devices that call for FOUR 1.5v batteries.

The truth of it is most modern devices will work with the Ni Mh batteries despite the lower voltage.

In fact, about 95% of all products today accept Ni Mh batteries in place of the Alkaline type.

The Quantum Recycyle Time went up – and stayed up as the testing went on.

If that weren't bad enough, they also expired much sooner that the rechargeable types tested.

Toward the end of their testing, the recycle times were extremely slow and pretty much not useable in most shooting situations. 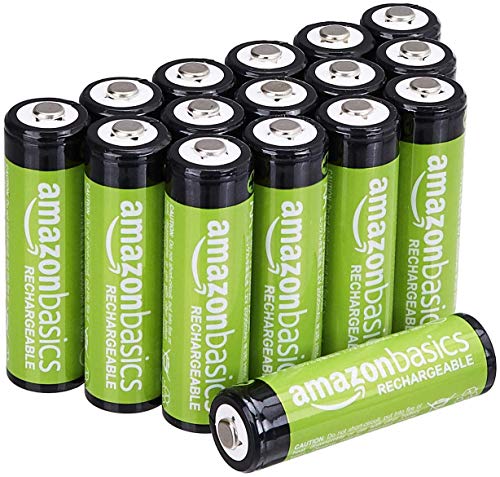 Next up on the list were the Amazon Basics batteries.

They didn't perform particularly well in terms of recycle time or total number of flash pops, but they are also the cheapest batteries we tested.

Although these batteries did get 16 more flash pops than the Panasonic Eneloop batteries, they can't be charged as many times and thus ranked lower in my test. 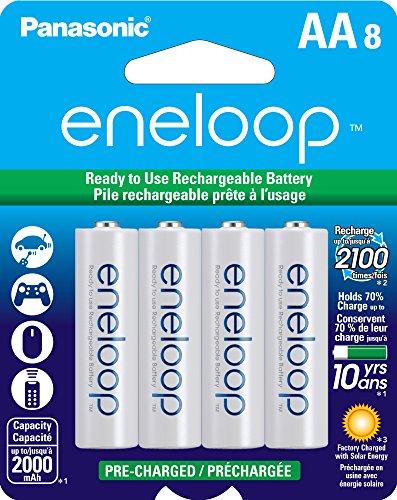 These New Eneloop batteries (not the pro version) have with them an impressive claim that they can be used and recharged an impressive 2,100 times before the battery stops holding a charge.

When you add that up along with their great performance, they are an outstanding value.

The amount of charges these batteries (Any Ni Mh battery) can accept or be given is greatly dependent on how the batteries are cared for – meaning how they are charged.

More on that below. 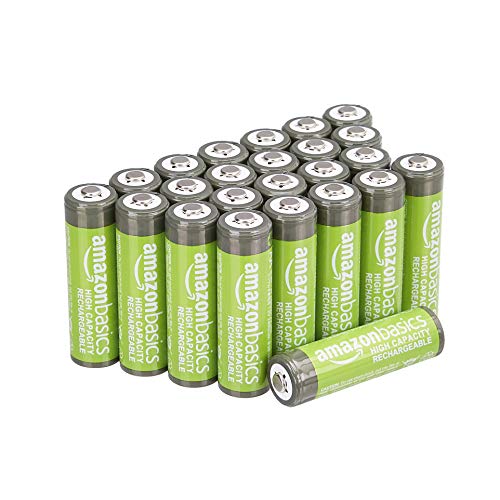 A step up from the 1900mAh “Basic” batteries are these – the 2400mAh High Capacity type. Prices vary over time, but at the moment they are a really good value.

The lower capacity batteries can accept MANY more charges than the higher performance types.

Since the lower capacity batteries here also fared very well in overall performance, it would not be a bad idea at all to make them your go to batteries.

For years now the Eneloop XX batteries were considered the very best – and for good reason!!

They are now called “Eneloop Pro” and they come in a 2550mAh capacity.

These batteries were the first I tested in this test to fire over 200 shots of the flash at full 1/1 power on a single charge and I thought they would be the winner–until I tested the Duracell.

The final results were so very close that you could easily choose these batteries and be more than fine.

They have a very smooth design and they seemed to be the coolest to the touch of the bunch.

However, the Eneloop Pros did not quite get as many flash pops as the Duracell, and they tend to cost more 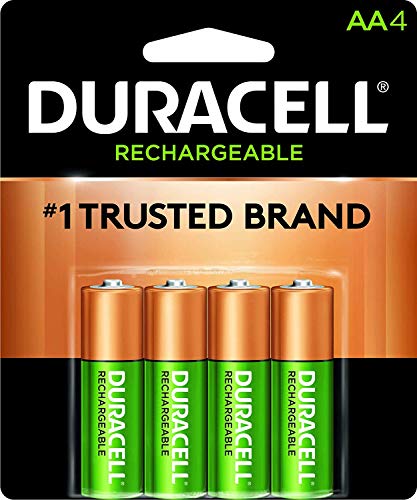 It was extremely steady throughout the entire shootout from the very first frames right up until the bitter end where, like all the other batteries tested, it finally was put to sleep by the power hungry Speed Light.

The remarkable thing about this battery is how it performed right up until that very last flash.

I had the audible alert on the YN560 iii so I would be alerted when the ending was near because you can hear the recycle begin to take a little longer than the previous shots.

It went from shooting pretty much normally right to being expired and out of juice.

It took a whopping 228 SHOTS AT FULL POWER to kill these super cells!!

That is the really neat thing about the Ni Mh batteries.

They pretty much have an on off switch; they are either working or they aren't unlike conventional alkaline batteries.

Ni Mh batteries are the CLEAR choice for high drain devices and a Speedlight is the epitome of just that.

Alkaline batteries suffer from High Internal Resistance and this makes them a poor choice for this use case scenario.

The best part about the rechargeable Ni Mh batteries is how even they stay in terms of power output right through until they are depleted of their power.

Even with a flashlight,  conventional alkaline batteries will reduce in power output and you will see this as the light becomes more dim with use.

They will work and work and then die – quickly.

It is why you can fire off 150 full power blasts of light from a speed light and see virtually no change in recycle time but at 160 the batteries will be completely drained.

This is good because when they are tired, you know it AND YOU REPLACE THEM!

All of these batteries became VERY hot while performing these tests.

The Alkaline Duracell's became so hot that the label on the battery became blistered and cracked.

The others were extremely hot to the touch and I would suggest NOT touching them after excessive use.

For many years, rechargeable batteries got a bad rap from many users because their power output seemed to be very inconsistent.

This thinking wasn't without reason.

Generally speaking, Ni Mh batteries would lose 20-30% of their power after just 24 hours of lying dormant and unused in a drawer.

Each consecutive day would drain these batteries even more.

That has all changed.

Technology progresses in all facets of life today and batteries are not immune to these advancements!

Low Self Discharge batteries are exactly what you would think them to be – batteries with low self discharge!!

Some of the batteries tested here claim they will hold up to 85% of their total charge even after being stored in a drawer for a whole year!!

THE MOST IMPORTANT THING

There are many “QUICK” charges on the market.

Avoid them at all costs.

They will ruin your batteries – plain and simple!

A slow, constant and controlled charge is what works best.

This has to be done by a capable charger.

The EBL Charger pictured below is a great example of a very good charger that incorporates 5 different levels of protection for your batteries.

Disclaimer: Improve Photography is a participant in the Amazon Services LLC Associates Program among other affiliate programs, an affiliate advertising program designed to provide a means for sites to earn advertising fees by advertising and linking to Amazon.com and other websites.

32 thoughts on “BEST BATTERIES FOR YOUR SPEEDLIGHTS: A SHOWDOWN”