As a Pentax shooter, there are just some facts of life that I have learned to accept. The fact that the lens and accessory market is very limited compared to Canon and Nikon. So when I find a piece of gear that I need/want that works with Pentax, I feel like I just won the World Series.
Well, not really but you know the feeling. I recently came across the Pro Media Gear 4-Inch Universal L-Bracket that appeared it would fit a very specific photography need. 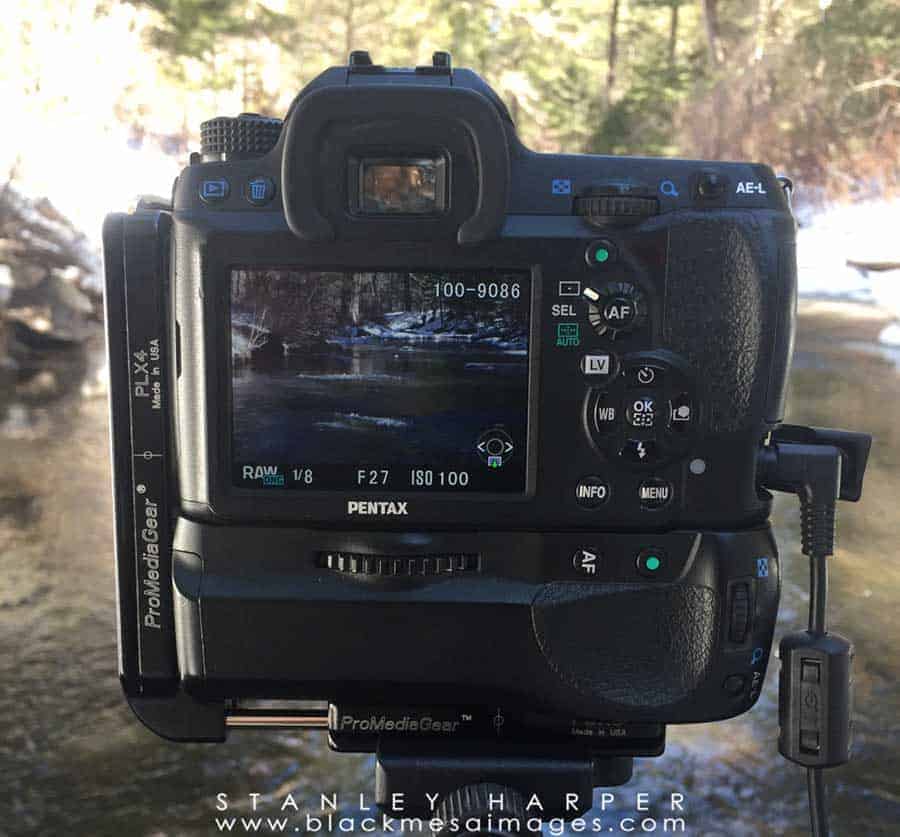 WHAT IS AN L-BRACKET?

An L-Bracket is just like the name implies. It is a bracket that attaches to the camera body. It wraps around to one side of the body. On the bottom of the bracket is two sets of attachment rails that allow the photographer to attach the camera to a tripod either horizontally or vertically.

While most ball heads allow us to position the camera into a vertical shooting position, this method is somewhat haphazard. The shooting base for the body when the camera is positioned this way is somewhat unsteady. With an L-Bracket attached, the photographer can attach the camera in the vertical position right over the tripod itself, offering a more solid base.

There are basically two flavors of L-Brackets on the market, those that are made for a specific camera body, and universal fit brackets. Over the years, I have seen the universal brackets receive bad marks from users due to the flex that a lot of them have. I have also read bad reviews for the cheap, fitted brackets from overseas that are so readily available. I have learned that when it comes to L-brackets, it is buyer beware unless the product comes from a reputable company.

One word of caution, if you are new to the L-Bracket world, double check your ball head and plate attachment method. Ball head companies like to manufacture mounting plates and ball heads with their own proprietary mounting system. If you are in the market for an L-Bracket, double check your mounting system to make sure the bracket you are getting ready to buy will work. I have recently switched all of my tripod mounting systems from the company's proprietary quick release mounting system to Arca Swiss (read more on Arca Swiss below) compatible systems. This allows me to use one plate on my camera and switch between the two ball heads that I have in my inventory.

Another thing to watch out for what access to specific camera functions you might lose with an L-bracket attached. With the universal bracket, I can attach the side plate on either side of the camera body. If I mount it on the right side of the camera body, then I lose access to the memory card and wired remote ports. With it mounted on the left side, I lose access to ports that I never use. 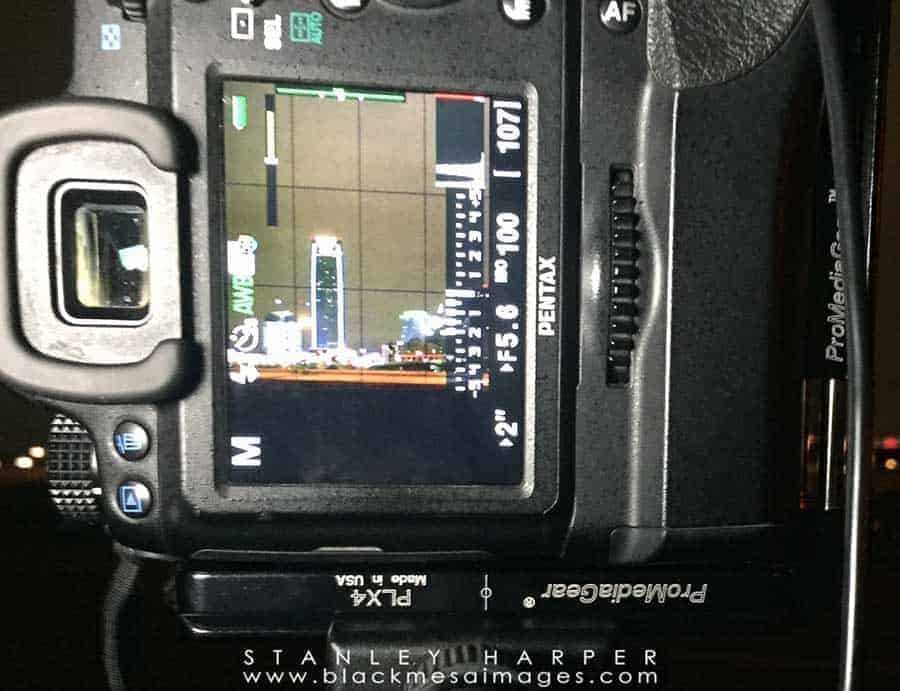 WHAT IS ARCA SWISS?

The term “Arca Swiss Quick Release System” is actually named after the company that invented it, Arca Swiss. In layman's terms, the system is a rail mounting system that was developed back in the 90's that provided one standard mounting protocol across the board. As a photographer, using components that are Arca Swiss compatible leaves you the option to purchase a mounting plate from one company, and a ball head from another company. For example. I currently use two Vanguard ball heads that are Arca Swiss compatible. I also have the mounting plates that came with these ball heads. Now that I have the Pro Media Gear Universal L-Plate, which is Arca Swiss compatible, I can ditch the Vanguard plates if I want to and stick with the Pro Media Gear plate. 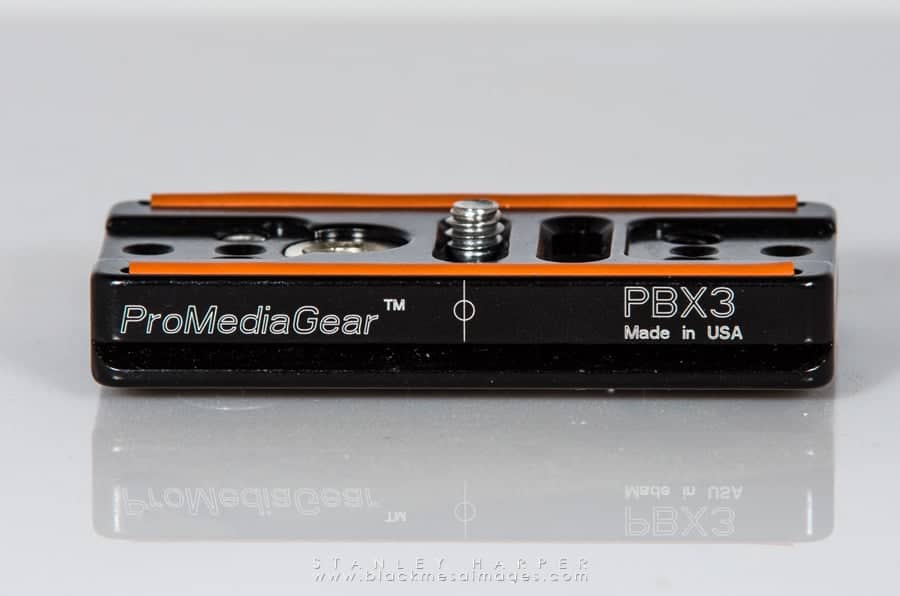 IT IS A PENTAX WORLD OUT THERE

Like I previously mentioned, when it comes to aftermarket support for Pentax, it is a very shallow ocean for us. Currently, I only know of one company that makes L-Brackets that are specific to Pentax bodies. I have run across others that at one time made the brackets, but I got the same results time and time, “OUT OF STOCK.” When I came across the universal L-Bracket offered by Pro Media Gear, I was stoked. Within a couple of days, I had my very first L-Bracket on the way. 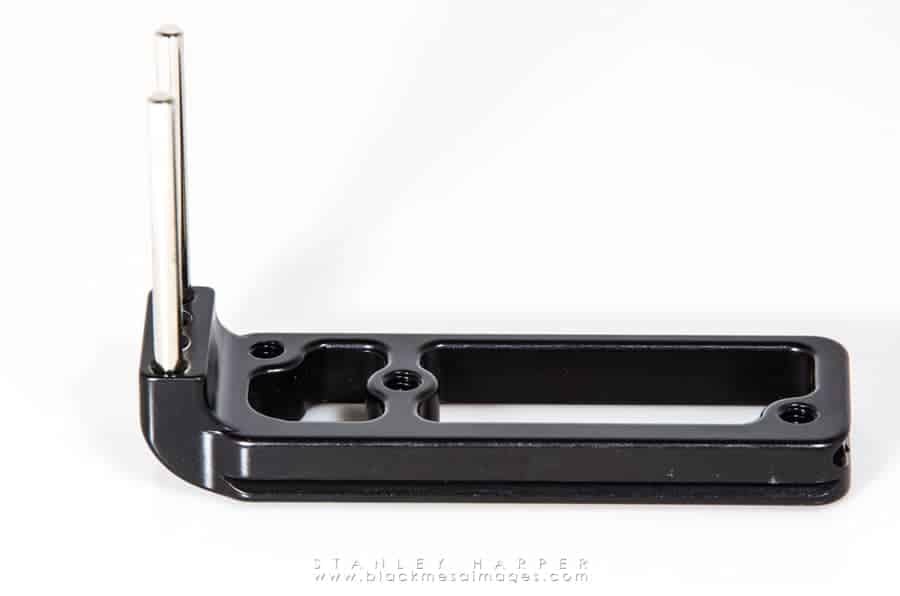 All in all, I am pretty happy with the bracket. First off, Pro Media Gear sent everything with the bracket that I needed to attach it to the camera. Screws, plates, Allen wrenches, it was all there. And everything came in heavy duty plastic bags

The second thing I like about the bracket is that it seems to be well made. It is several solid chunks of metal that have been designed and manufactured to provide the camera body a sturdy mounting surface. At this point, I have not noticed any flex that could cause issues.

Lastly, and possibly the best thing I like about the system is the somewhat “modular” operation of the bracket. Since it is a universal bracket, the side plate detaches from the camera mounting plate. What this means is I can leave the mounting plate attached to the camera while I run around and shoot other genres of photography that do not require the tripod. I am one of those photographers that prefer to leave the mounting plate attached to the camera all the time. There are times during a portrait session that I will use the tripod, so that is one less thing I have to worry about and I can keep the session on track.

The side plate has a small magnet mounted to it.  There is also a slot for one of the supplied Allen wrenches next to the magnet.  The magnet keeps the Allen wrench from sliding out, and it is right there if you need it.

Lastly, a convenient storage bag is included.  This is great if I want to ditch the side plate but keep everything together in one spot.

Honestly, the one real big negative that I have found so far is not that big of a deal. The instructions included could have been written better and I ended up going off script in putting the bracket together.  The delay due to the instructions was minimal.

The bracket also came with a strap plate.  I had no need for this, so it stayed in the bag.   Your mileage may vary on this one, though. Since I use an OpTech Sling Strap, there was no interference between the strap and plate.

There are several screws used in mounting, so checking them periodically is required.  The image below shows the bottom of the mounting plate.  In the middle, you can see two “rails” in between a screw.  That screw is what mounts the plate to the body.  The two screws on the left tighten down the “rails”, which are from the side plate. 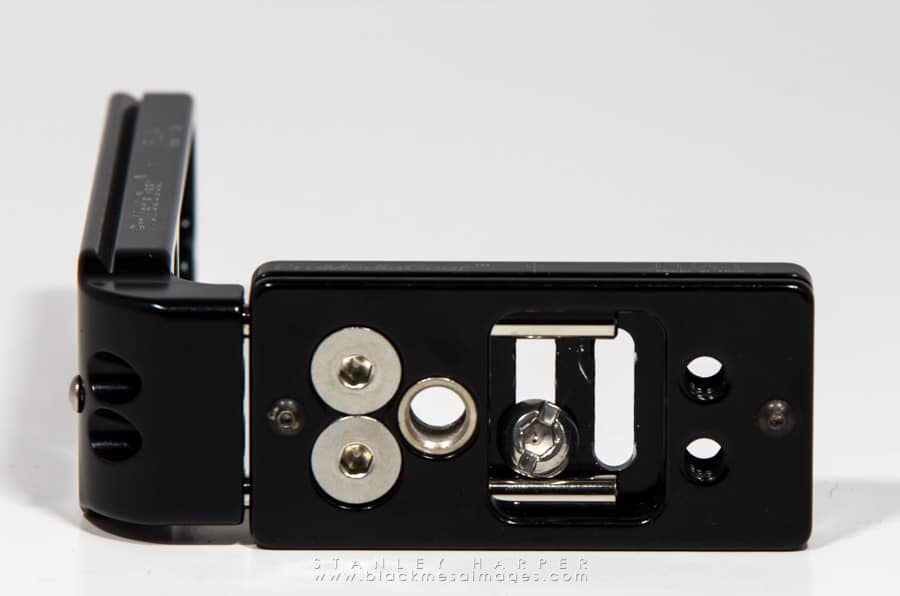 So far I love everything I see. Attachment is quick and easy.  The negatives so far are small in nature and easily overlooked.

Although I have had limited time in the field, the bracket is getting ready to get a good workout.  I do not forsee any major issues popping up, though.   At this point, I would recommend this system.