As a landscape and travel photographer, I had never had any interest in flash photography, but, as many of you can probably relate to, following Improve Photography and listening to the podcasts has opened my curiosity to try many new things in photography.  Flash photography is one of those things.  Soon after buying a YN-560 Flash and Trigger, I got bored being limited to bouncing my bare flash off the ceiling to avoid the harsh light I would otherwise get.

I knew I needed some light modifiers, but had no idea what to use or how to use them.  I started with this great article and then watched the Lightning in a Flash video, which is available with my Improve Photography Plus membership.  I quickly decided I wanted at least a reflector and an umbrella to get started.  I also wanted to try a softbox to see how it compared with the cheaper and simpler umbrella.  After a little research, I decided Impact was a reputable brand I could count on without breaking the bank.

In addition to the YN-560 speedlight and trigger and my light stand, I began practicing flash photography with the Impact 42″ 5-in-1 Reflector Disc, the Impact 24″ x 24″ Quickbox Softbox, the Impact Hexi 24″ Speedlight Softbox and the Impact 30″ white umbrella.  It has been a joy using each of these tools in my practice and I feel comfortable recommending each of them.  I am going to provide a mini review of each item here and share some test images I took of my parents while they were visiting.  I took these images late at night (we had to wait for my kids to go to sleep) with a very simple set up with the speedlight on a light stand at a 45 degree angle to the side and above the subject and the reflector on the opposite side of the subject.  I only used the white and gold reflector as they tend to be my favorites and it was easier to not have to change the reflector between shots.

I was really impressed with the quality of the 5-in-1 Reflector.  The material was thick and sturdy.  I had no fears with being somewhat rough with the reflector as my kids have thrown it about .  Moreover, the zippers were reliable.  They were not the best zippers I have used (see the bags from Thinktank/Mindshift for the best zippers), but they did not catch like you would experience with cheaper equipment and were easy to use.  Most importantly, the reflector did a great job reflecting good quality light. 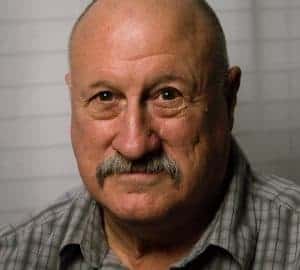 This image was made using the Hexi Softbox with no reflector.

All of these images were taken in a dark room with almost no ambient light so I could test the results of the gear with no outside light.  You can see from the image on the left there are dark shadows wherever the light doesn't hit.  This is great for creating moody images, but not great for flattering light.  Shadows show off every little wrinkle and blemish, so lighting those areas creates softer, smoother skin for a more flattering image.

A decent reflector is a must for anyone wanting to get started in flash photography.  I recommend avoiding the really cheap ones as the zippers won't last long and the material may not be great.  You can currently pick up the Impact reflector for under $50 at Amazon.

An umbrella is another piece of gear anyone ever using a flash should own.  It is easy to use, effective and very cheap.  The umbrella is pretty self-explanatory as it works like any other umbrella and you just have to open it in front of the speedlight.  The only thing to prepare for is making sure you have a flash bracket with an umbrella holder.  I use the cheap one from the Recommended Gear page and it works fine.

Hopefully you can tell the umbrella does a great job of spreading a lot of light on the scene as this room was dark enough I could not see the subject through my view finder (my excuse for missing focus!), but with the umbrella and a reflector, the whole scene is lit with a nice soft light.  The umbrella and white reflector produce a very nice neutral light that is bright and clean.  When combined with the gold reflector, the umbrella does not produce as much light on the scene, but creates a nice warm tone that can be great for portraits.

Did I mention the umbrella is cheap?  You can currently pick up the 30″ umbrella for under $10, but I would probably recommend the 43″, which is still under $20.  Scroll back to the top of this article and see my image with the bare flash.  That should convince you the $10-20 for an umbrella is worth it.

I really liked the Hexi Softbox.  It has been my favorite lighting tool to play with.  It was a little confusing to put together at first, but I quickly figured it out and it only takes a few minutes once you know what you are doing.  It is also easy to break down and stores nicely in the carrying bag that comes with it.  By far, my favorite part of the Hexi Softbox is the pistol grip that allows you to angle the flash however you want it very easily.  I really enjoyed using this tool to angle the light and felt much more comfortable shooting from high angles with this than I did with the umbrella.

The Softbox made a really nice soft light.  I liked the results without the reflector better than the umbrella.  You don't get quite as much spread so you can still target the light to create the mood you want.  With a reflector, you can get a really even soft light throughout the image.  If you are shooting more than 2-3 people, I would recommend getting a larger Softbox, but I have really enjoyed this one for 1-2 people.  You can currently get one on Amazon for $118.

The Quickbox is very similar to use as the Softbox, except for the set up.  While I had no issues with the 3 minutes it took to set up the Softbox, the Quickbox took about 1 minute once I learned how to do it.  It is basically just unfolding.  For me, I preferred the Softbox mainly for the pistol grip handle.

The Quickbox got mostly the same results as the Softbox, which is not surprising considering they do the same thing.  The main difference is in the set up and the handle.  I preferred the Softbox just for the handle and I enjoyed using it more for some reason I cannot explain.  The Quickbox, on the other hand, is faster and easier to set up, will give you similar results and comes in a little cheaper at just under $90 on Amazon.

I really enjoyed using each tool from Impact that I tested.  I think the reflector and umbrella should be the first lighting tools anyone buys as they are relatively inexpensive and have a big impact.  There are so many options out there that vary greatly in price and quality, but I think Impact is a great way to go if you want something you can be confident in without shelling out too much money.  A softbox is the next level up from an umbrella and I preferred the quality of light a little more than the umbrella as it felt just a little softer and controllable.  I really really liked the Hexi Softbox, but the Quickbox is also a really good tool for someone that wants a quick and easy set up.