The Sony A6000 and the Fuji XT10 are remarkably different cameras, despite the fact that they are similarly-priced mirrorless cameras that appeal to the same market of customers.  So it can be difficult to choose between the two.

In general, I love the resolution and features of the a6000, BUT the controls, autofocus, and usability of the Fuji XT10 are so good that it has won me over to be my favorite of the two. 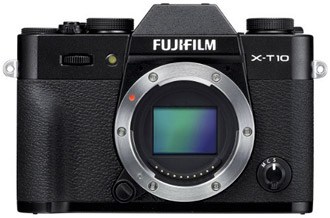 Benefits of the Fuji XT10

I love the XT10.  When you're only looking at specs, it can be tempting to overlook a camera like this, but there is something incredible about this camera that only comes from actually shooting it.  That's exactly why I chose the Fuji XT10 to be my top choice for best mirrorless camera under $1,000. 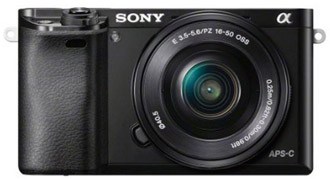 On paper, the Sony A6000 crushes the Fuji in a lot of key areas (resolution being a big one); however, in person it can be a bit underwhelming.  The Sony packs incredible specs into a tiny, inexpensive camera, but the bugginess, autofocus, and menu system make the camera less fun to shoot.

The A6000 and the XT10 are definitely cousins.  They seem to have the same mirrorless blood pumping through their veins, but they have very different personalities and quirks.

Neither camera is weather sealed, which makes shooting in the rain or snow a riskier endeavor, but frankly I've ruined many supposedly “weather sealed” cameras by having them out in the weather.  I'd use a cheap camera rain cover whether the camera is sealed or not.

Both cameras also do well with connectivity.  For several months, the Fuji camera app gave me significant issues in connecting to my iPhone, but that issue seems to be fixed now.  Having wifi in both cameras is a big benefit.

Where and WHEN to Buy

Timing the purchase of a camera can be a bit tough.  If you buy a camera a month before the newer version is released, you probably paid too much and you could have got the newer technology.  Right now, the A6000 is due for a replacement in the next few months.  If you can, I think it's probably smart to hold off until the newer version comes out.  You can then choose to either buy the newer version or to get the A6000 at a deep discount.

The Fuji XT10 is still a pretty new release.  I think it's a perfect time to buy if you're in the market.  Check the current price of the Fuji XT10 on Amazon.

Purchasing your camera (or ANYTHING else you buy on Amazon) by clicking through our links helps support all of the thousands and thousands of hours I've put into Improve Photography over the last 6 years, and it doesn't cost you another dime.  We get the same percentage no matter what camera we recommend, so you can always trust our reviews.  Thank you for your support.