Tamron has been knocking it out of the park lately and even won over Improve Photography's very own Jim Harmer.  He was extremely impressed with the Tamron 15-30mm f/2.8. (Read his full review here!) Improve Photography was honored when we were invited to New York City, NY to see Tamron step into a new market. – The Prime Lens Market!  I knew Tamron was onto something slick when they first let me hold the 35mm & 45mm SP f/1.8 DI VC USD lenses. (Read my initial reaction and spec sheet rundown here!)

Let's Start with the Conclusion of the Testing

The Tamron 35mm and 45mm f/1.8 lenses are very sharp pieces of glass.  I admit there are a few technical flaws including slightly sluggish focus speeds, but they performs well enough for me to argue a Pro-Level or Prosumer Level photographer would be more than satisfied with their use.  Their best features include their image stabilization, fast apertures, Ultrasonic Silent Drive Technology, and very affordable price.

Removing the rose colored glasses there are some areas for Tamron to improve.  It's minimalistic design, even with the ‘Luminous Gold' mounting, is not enough to look past the slowish focus. In my heart of hearts I cannot recommend it for certain sports or fast action photographers. Do not get me wrong.  Either of these lenses are valuable tools for 95% of any image maker's needs.

To be frank my opinion is that they are competitively priced, refined, and powerful enough for aiming to add value to any image maker's optical arsenal and using the extra cash to travel a desirable location.

Since these lenses are prime lenses, which means they have a fixed focal length, they are sharp.  Distortion and straying away from the usual sweet spot of f/8.0 still leave you with sharp images. – So long as you nail the focus.

The Tamron 35mm was placed toe-to-toe with the Sigma 35mm f/1.4 Art lens, which goes for $300 price difference.  If I had more time I would have compared it to the new Canon 35mm f/1.4L outside of Rockbrook Camera in Omaha, NE.  I did not do any scientific testing, but the sharpness was amazing for both the Tamron & the Sigma.  As far as I am concerned I did not see much of a difference with the Canon, which is $900 more than the Sigma and $1200 more than the Tamron! – Here is where you ask yourself whether scientific sharpness differences are worth a roundtrip ticket from Omaha, NE to Aspen, CO to photograph fall color.

Tamron is really changing the game similar to how the Korean Automakers Hyundai and Kia (H&K) are making a dent in the luxury auto market.  We have now witnessed one of the Big Two with the unveiling of the Nikon 24-70mm f/1.8E ED VR AF-S NIKKOR lens.  The big two arguably Canon or Nikon with Sony and others not far behind.  Tamron is like H&K because they are pushing Canon and Nikon to include more features in their sharpest glass.

Like Jim, I was surprised to find how handy the image stabilization was with both of these lenes. This allowed me to shoot handheld in Times Square and in other low-light situations.  There were times I truly had to look like an excited chimp when tossing aside the 1/focal length rule, up to three stops. Neither the Canon, Nikon, or Sigma offer image stabilization in their high-end prime lens lineup.

Tamron was kind enough to allow me to test these lenses for over two weeks and I shot everything from ring shots (taking advantage of the 35mm's Minimum Object Distance of 7.9in or .2m), all the way to landscape shots, and everything in between. You know you are excited to shoot again when you find yourself photographing bugs on a flower in your own yard!

I do not care for the slower focus speed when going from MOD to infinity.  There are occasions when you will need this, but it is just a gripe of mine to see the Tamron & Sigma being slowish when comparing them to Cannon's snappy new 35mm f/1.4.

I know I said the focus is sluggish, but it is not unbearable or even noticeable unless you are really nerdy.

Focus breathing is something I noticed on two occasions when testing this against the Sigma 35mm and tossing in a cousin Tamron SP 24-70mm DI VC USD.  For some odd reason the Sigma had a noticeably different field of view and less compression than the  Tamrons set at 35mm.

Compared to Other Similar Options

Let me give it to you straight since we know I have a crush on Tamron.  It is still not as sharp as the Canon 35mm or 50mm, but does offer image stabilization that is much more usable than a scientific sharpness gap. It weighs less than the Sigma & Canon's best alternatives and it costs less. – Sorry Nikon fans, but I did not have a Nikon body or lens set to test it against. Maybe next time!

I plan on purchasing the 35m because of its ability to focus on objects right at the end of the lens tulip!  The ability to focus to subjects almost 4 inches closer (almost .1 meters closer) to Sigma and Canon's pricier options.  – This may not seem like a big deal on paper, but I found the use case for ring shots or doing a little Macro Photography in my kitchen as seen below. 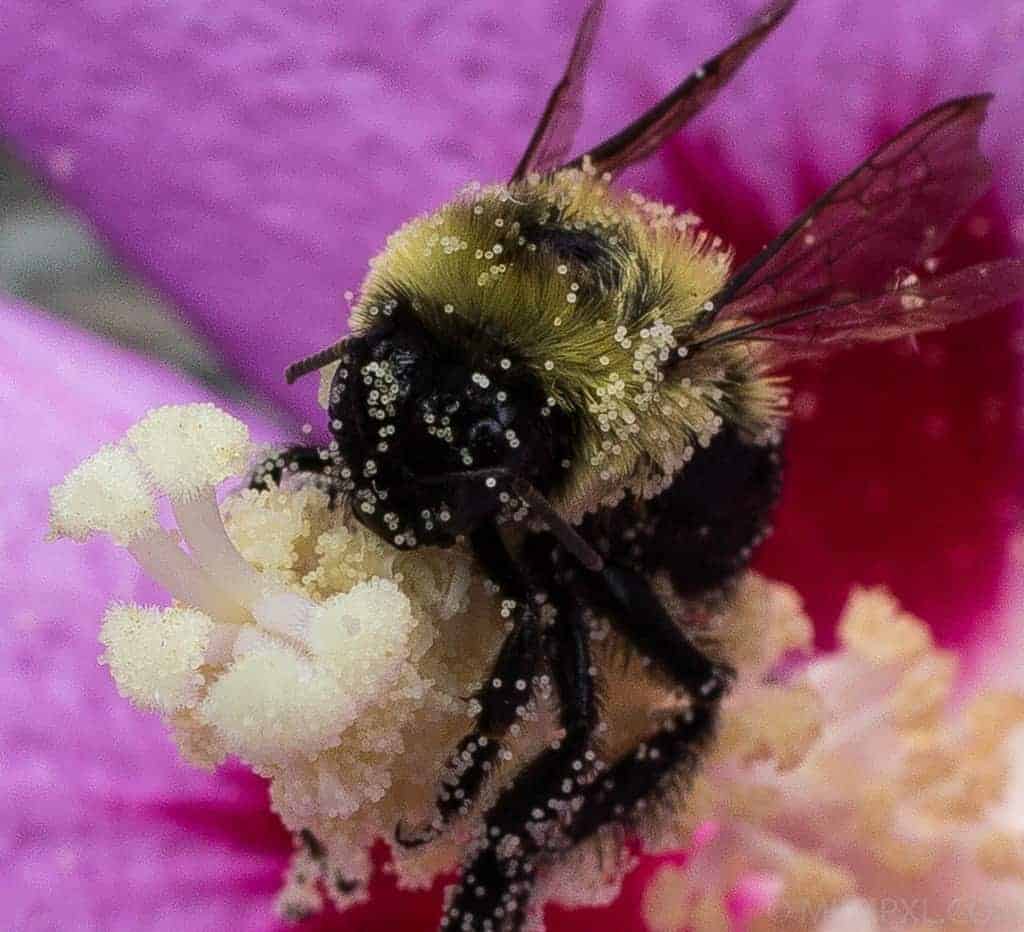 Some initial responses to this lens were that it felt chunky.  It is actually lighter than the Canon & Sigma 35mm pairings I put it up against.  However, it maintains a feel of being substantial and well-built.

Tamron said at the press event that the lenses are sealed for moisture, but it should not be submerged of course.  Erik Valind tested the 35 and 45mm lenses while being sprayed by waterfalls in Iceland and they came home unscathed.

Erik noticed that the coatings on these lenses enabled us to keep shooting when they became dusty or speckled with waterfall spray in Erik's experience.

One quality that stood out for was that the Sigma had ugly lens flaring when compared to both the Tamron 35mm and 24-70mm.

Overall I would consider the lenses to be rugged, but not heavy enough that they are cumbersome additions to your gear bag or camera body when going on a photographic outing.

Who are these lenses for?

I struggled with this question when both the 35 and 45mm f/1.8 SP Lenses were unveiled because a use case for both optics could be argued.  If forced to draw a line in the sand; I would conclude the 35mm is the winner here because of its MOD focus capabilities.  The 35mm is a great choice for image makers ranging from casual hobbyist all the way to a demanding professional.

Arguably the 45mm could be enjoyed by both Full Frame and APS-C users.  Full Frame users benefit from getting back to the old standard, which is not 50mm as Jim has pointed out multiple times.  Additionally, APS-C shooters benefit from the focal length by allowing them to shoot around 70mm with the crop factor.  – This gives them a taste for the compression of features and could lead to a purchase of a  70-200mm f/2.8 lens for the serious Portrait or Lifestyle Photographer.

The reason the 35mm wins the race is because it hinges on the paradox of the 45mm.  Tamron mentioned the 45mm is closer to an older film standard, but the 35 brings Crop Sensor users over the 50mm mark. Also, in my experience I have seen more and more photographers hocking their telephoto lenses for weight and sharpness gains offered by their prime siblings.

Personally, I found myself wanting the 35mm on my camera body each time I mounted the 45mm.  There is just just something magical about that focal length on a Full Frame body.

Pricing and Where To Buy

Jim buys all of his photography gear from Amazon for a few reasons: (1) In most states you don't get charged sales tax, (2) their return policy is absolutely awesome whereas a lot of photography suppliers have really strict policies, and (3) if you look on the right hand side of the listings for lenses, you can often buy the gear used for a little discount.

Rockbrook Camera in Omaha, NE was nice enough to allow me to test the Sigma and Canon lenses prior to the Tamron being released today.  Amazon probably will not allow users to do that as easily, but I find supporting small business to be key.  A few reasons I suggest buying this from Rockbrook over Amazon if you live in the Continental United States:  (1) In most states outside of Nebraska they ship it to you and you avoid sales tax, (2) they make an effort to get to know their clients and called my father and I when the Tarmon 15-30mm was released, which allowed us to take it on our adventure to China with Improve Photography Readers, (3) it is a small business and I believe it is good to support Brick & Mortar Businesses in today's economic climate.

Here is a link to Rockbrook Camera's Site where the lenses should be available for purchase soon!

I did not choose to post the photos shot with the lenses discussed in the video because the differences were insignificant outside of two things.  The Tarmons had much less lens flaring than the Sigma & the Tamrons had more compression and a narrower field of view than the Sigmas.  It was weird that the Sigma gave a wider perspective than the Tamron offerings.

Unfortunately, the Canon came into the store at Rockbrook minutes after recording the video so the only noticeable difference seen with in store testing was that the focus was considerably faster than the Sigma and Tamron.  However, it was not over $1,000 USD faster!