Here are 5 awesome photo editing apps for your phone you have to check out!

Look around you next time you’re at a concert, a birthday party, or even a wedding. Is anyone snapping away with a point-and-shoot camera? Probably not. How about a DSLR? Maybe a few people, particularly if you’re at a wedding. The vast majority of people will be capturing the event with the one camera they always have with them: their camera phone.

But because there are literally thousands of photo processing apps available for iOS and Android devices, it can be difficult to know which ones will help you create beautiful, professional-looking images, and which ones are not worth your time or money.

Below, I’ve listed five awesome photo-editing apps that I, along with five other hardcore Instagrammers –come back to again and again as we process our camera phone photos. 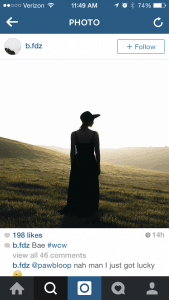 Many smartphone photographers consider VSCO Cam to be their go-to photo editing app.

Because it has a great selection of filters and lots of image editing tools.

But before I delve into this application’s editing power, let’s start with its camera function. Those who want more control over how their images will look often opt to shoot with the VSCO Cam app (over using the stock camera app) because it contains a few awesome options. With the VSCO Cam, you can select a particular focus point, a separate exposure point, as well as control the white balance.

And when you’re ready to edit your image, there’s no need to use another app. You’ll find a plethora of tools by simply tapping on the wrench. All the basic editing tools are available, along with split tone tools. ((Split toning allows you to individually control the highlights, shadows, and midtones in the image.)

VSCO Cam comes with 10 free filters, with the option to purchase an additional 38 presets for $6. All of the free filters are great, and I particularly like their black and white offerings.

The only downside: The interface is not very user-friendly. Once you get the hang of it, though, you’ll be able to produce some awesome images. 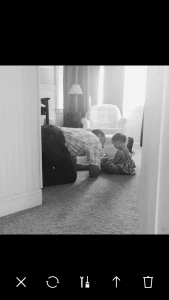 I edited the black and white image above in VSCO Cam, and it is now my go-to app for processing any black and white iPhone photos. I’ve noticed that if I have an image with too much noise or grain (which is sometimes the reason I’m converting it to black and white in the first place), running it through VSCO Cam will eliminate some of it. 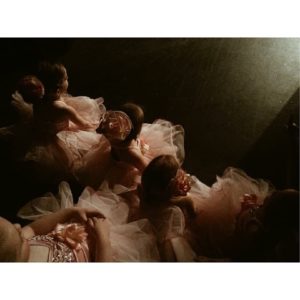 Snapseed is a powerful photo editing app that has all the basic editing tools like brightness, contrast, white balance, saturation, cropping, and straightening, as well as some more advanced options like tilt-shift. But perhaps, its best feature is the selective adjustment tool. Just as it sounds, with this tool, you can select a certain area of your photo and brighten it, add contrast or boost saturation, while leaving the rest of the photo untouched. 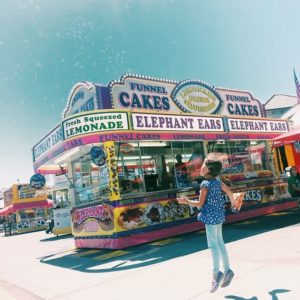 Photographer Anna Shirley (@ohhbetsy) used Snapseed to edit this photo, “Bubbles at the Fair.” She says, “The bubbles were so faint on this one, but it was what made it so magical, so I used Snapseed to darken just a spot – not the entire photo. It gave it a nice vignette feel too.”

Snapseed also has a variety of filters in four categories: “Retrolux,” “Black & White,” “Vintage,” and “Grunge.” Some of the “Vintage” filters are beautiful, but some of the others in the three remaining categories are bland. In particular, if you’re interested in converting a photo into black and white, I’d suggest using a filter in VSCO Cam or Afterlight instead. 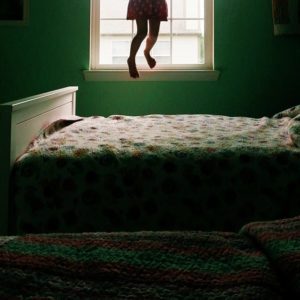 For this image, “Jumping on the Bed,” Anna Shirley (@ohhbetsy) “used Snapseed to darken it so the silhouette was more dramatic and a VSCO preset to bring out the color a little more.”

Created by the makers of RadLab, PicTapGo offers photographers a variety of filters to quickly and easily change the look of their photos. I find myself using the same filters over and over again. My favorites are: Lights On, Auto Contrast, Auto Color, Brightside, Sugar Rush, and Lux (although it depends on the photo). You can adjust the intensity of each filter – which is important. It’s rare that I ever use a filter at full strength.

PicTapGo also has a “My Recipes” tab where you can save all the changes you’ve made to a particular image, so you can apply those same edits to subsequent photos. 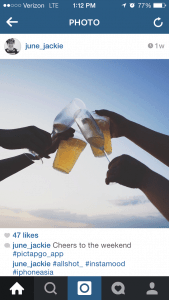 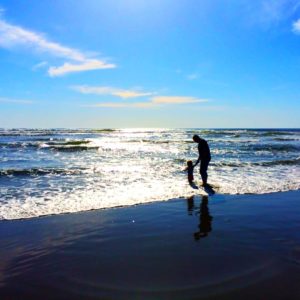 Like VSCO Cam, Camera+ gives you the ability to control your exposure and focus while in camera mode. And you can lock in both, allowing you to address tricky lighting or capture fast-moving subjects. I love that Camera+ has a timer, a rule of thirds grid, a horizon level, and a bracketing mode. 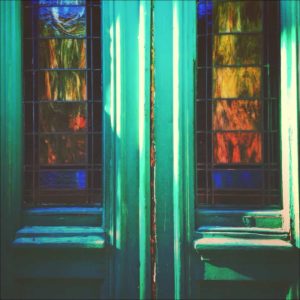 Afterlight is a robust app that has become quite popular recently. And for good reason: It’s an easy-to-use advanced photo editor with a plethora of options.

Altogether, it has 15 adjustment tools, 66 film textures, and 59 photo filters. Plus, with the fusion function, you can create custom filters. As with several other photo apps, you can take a photo (with Afterlight) or choose one from your camera library.

Afterlight contains basic editing tools, along with more advanced tools like split toning. The sharpening tool works well, too, and you can easily crop your images into a square format, so they’re ready for Instagram. 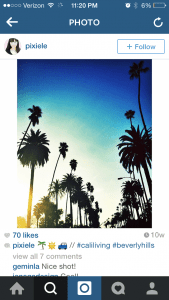 As you’ve probably noticed, several of the images above were processed in multiple photo editing apps. For instance, it’s very common for photographers to start by editing an image in Snapseed because they want to use the powerful Selective Adjustment tool to make a certain color pop, and from there, bring the image into VSCO Cam to finish up any basic edits and apply a filter or two.

And that makes sense when you consider that each app offers different processing options and filters.

Keep in mind, though, that if you choose to layer your apps, each time you save your image, it’s being compressed, which means you are losing some image quality. It’s not an issue for one or two apps, but if you’re using any more than three apps, your image quality may be compromised.

Whether you’re shooting with a camera phone or a DSLR, it’s important to capture the best image you can in-camera. (One of the easiest ways to do that is to look for good lighting!) Then, have fun enhancing your image with a few photo editing apps.