Photographers are always trying to create unique, one-of-a-kind photographs. But instead of looking in front of the camera, take a peek inside.

Buried in the shooting menu of Nikon DSLRs is a little-known function – multiple exposure. It’s a throwback to film days where you could expose a frame of film and then intentionally rewind and re-expose the film over the first shot. 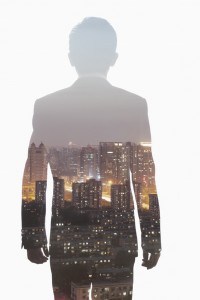 This technique hasn't been lost in the digital age.

On the back of your Nikon, press the Menu button in the upper left corner. Using the multi selector button, press the down arrow to scroll through the various menus until you land on the Shooting Menu. Press the right arrow and then drill down until you see Multiple Exposure. Note: the Multiple Exposure option will be grayed out if your camera dial is set to Live View (LV). To make Multiple Exposure active, change that setting to from LV to Single (S), Continuous Low (CL) or Continuous High (CH) using the Advance Mode Dial.

By default Multiple Exposure is set to OFF. Press the right arrow to enter the Multiple Exposure options. Press the down arrow to highlight Number of Shots. To change the number of shots, press either the up or down button until the number you want is selected (you can choose between two and 10 shots). Then press the OK button. The next setting is Auto Gain. Generally it’s fine to leave it at the default selection of ON. (Auto Gain is the automatic exposure compensation for Multiple Exposure. The camera will adjust the exposure of each frame automatically to try and avoid overexposure.) Scroll up to Done and press the OK button. Press OK again until you exit the menus.

Up to 30 seconds is allowed between exposures, so start firing away. You will see an icon indicating that Multiple Exposure is currently on: two little rectangles stacked on top of each other. Press the shutter button the desired amount of exposures (this is what you set previously as Number of Shots). The LCD screen will flash, the icons will disappear, and the CF light will blink a few times as the camera processes all the exposures into one composite photo.

Unfortunately, with Live View disabled you won’t be able to see what you've got until the final product; this is where practice and trial and error come into play. But remember: Nikon DSLRs automatically turns off Multiple Exposure mode after each use, so don't forget to go back in and turn it on again.

Almost any subject will work well for this technique – portraits, flowers, landscapes, or architecture. Try taking one shot perfectly in focus and then throw the second shot deliberately out of focus so that the image is slightly blurred. This can produce a glow or an ethereal feeling to the final composite exposure.

Now you've created a unique piece of art that no one else can duplicate. The only limit is the limit of your own imagination!  For 9 more photography tricks, read this article.