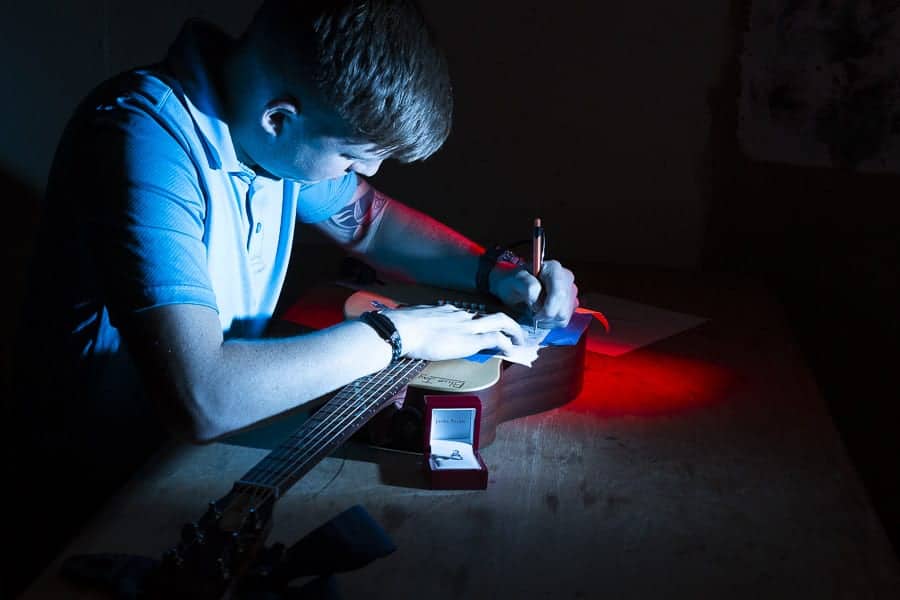 A short while ago, I wrote an article talking about high key photography. Related to high key, as you may have guessed, is low key photography. While it is by no means necessary in order to understand low key, if you get a chance to head over to the other article and take a look, I would do so, if only so that you can see some of the vast differences between these types of images. You can find a link to that article by clicking here.

In simplest terms, high key images are bright (usually white), low key images are dark (usually black) images.  Low key photography is all about evoking tension, seductiveness, intimacy; it’s intent is to create an emotional reaction from the viewer. These images generally use shadow or large amounts of black negative space to draw your eye into the subject of the photo. Since the color black is usually seen as negative space (that is, space in the image that does not contain the subject), these images create a dynamic that forces your eye to the places where there is something visible. All of a sudden, you have a smaller range of overall contrast (at least across the image as a whole), on the shadow side of your histogram.

Your subject is sometimes exposed “properly”, but will probably have very hard, contrasty, light. Sometimes your subject is underexposed, creating even more feeling of obscurity. Generally speaking, low key photography is easier to practice than high key, because you are able to utilize natural light more often. Let’s take a look at some examples of low key images and talk about what makes them low key and how to accomplish them. 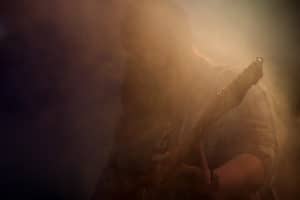 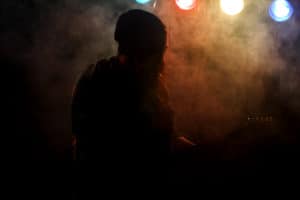 These images could both be considered low key shots. There is a lot of information on the left side of your histogram (think: shadows and blacks). While one is a silhouette and one is just an obscured portrait, since the images are, as a whole, much darker than your average image, they would both fall into the category of “low key” imagery. To accomplish these shots, I was working in studio with floodlights (not strobes), and smoke. It was a great opportunity for me to practice concert style lighting. I simply set my exposure to expose for the smoke. Since it was beautifully backlit, this resulted in a silhouette, and then a slightly lit model when my perspective was shifted.

Low key techniques can be used to create a lot of emotion in an image. This low key lighting, because it so greatly obscures the subject, can lead a viewer to start interpreting this as sad, or at the very least more introspective. This image was also captured with a constant light. It was one constant light with a rectangular softbox (I don’t remember the exact measurements, but I believe it was around 3’ wide and 4’ tall) that was placed directly to the side of the subject. It was then captured at an aperture of f/2.8, 1/125th of a second, ISO 100.

While I used a constant studio light for this image, it’s very reminiscent of images you can take using natural light, especially in the evening hours in a city.  It’s also used pretty regularly for band looks, to create that grungy feeling that edgy musicians tend to prefer.

The images thus far have all been studio images using constant light. Don’t let that stop you from using the neon or LED signs, the streetlights, lampposts, any light that you can find in your environment. Any light source can be used to create a low key image if manipulated correctly. I’ve seen images of models in rooms, with the light pouring in from a window with blinds creating a geometric pattern across them. This is a low key image using (usually) natural light. As with most situations, it can be recreated with flashes, but the point is if you don’t have a flash yet, that’s okay! You can make these types of images too.

Low key images also exist within the commercial world. They can create a sense of mystery, even sometimes luxury, for commercial products. 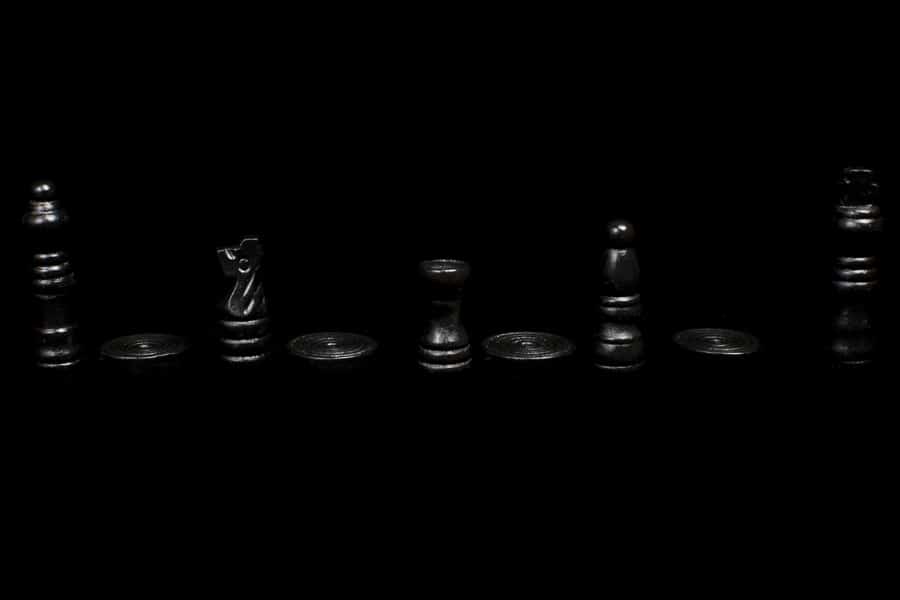 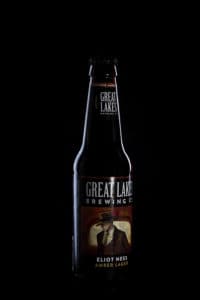 You have the ability to combine commercial lighting techniques with a low key sensibility to create an unusual feeling in the images. Is it good or bad, doesn’t matter. What is important is that the feeling that you (or an art director) wanted you to achieve is met. By using dark field glass lighting and black on black lighting techniques, these two images were creating in a studio with strobes. Notice how the chess pieces fade into the blackness behind/under them. This intense of a look may not work in every situation, but once you understand the feeling it brings across, you can use it to take a viewer someplace.

Portraits are no exception. Simply spend time on google with “low key portraits” and you’ll see countless images where the subject fades into the blackness behind them. Often (though not always) low key portraits are accomplished with one flash or strobe. This is great news, because many people only have one flash. This means you can do it!

The quickest way to accomplish the feeling of a low key portrait is to approach it from a headshot perspective. Plan on only capturing the face, so you can move in more (or zoom if you’re shooting with something like a 70-200mm). Place the flash at directly 90 degrees from the subject, and have them stare down the barrel of the camera. This can feel pretty aggressive, for both subject and photographer, so be ready. Make sure you have your favorite softening tool on (softbox umbrella, or just a diffuser like the one found in the 5-in-1 diffuser packs), and start taking photos.

If you can see the background (maybe they’re in front of a bright green wall?), have them step away from the wall. The more space you can put between them and the background, the darker it will be. If you can’t get them far enough away from the background to completely black it out, stop up your aperture. So instead of shooting at f/4 or f/5.6, shoot at f/11 or f/16. This should result in a fairly low key portrait, lit from the side, which will usually leave half their face in darkness.

I didn't change anything about the position of the character, the flash, the diffuser, or the camera (though I may have shifted slightly for a couple of the images while focusing). The flash was set to 1/16 power, and simply by changing my aperture, nothing more, the image changes moods.

From here, spend some time turning them. Keep the flash and the camera in the exact same place, and just have them rotate (I’d recommend towards the flash first), and see how that light changes on their face. Once you’ve had them rotate and done several images like that, have them face forward and rotate the flash around *them*. After that, you’ll have a pretty phenomenal range of low key images from which to start thinking creatively. All of the following examples were shot at 1/125th of a second, f/11, ISO 100. All that changes is I turn the “model” in relation to the flash to see where the light falls off. 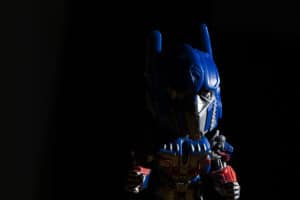 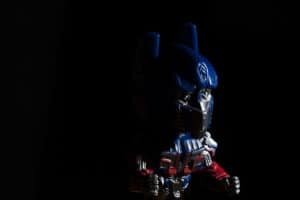 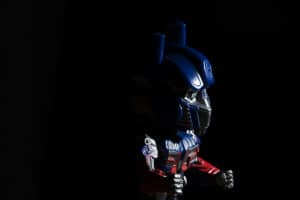 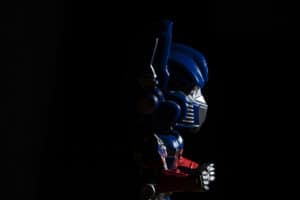 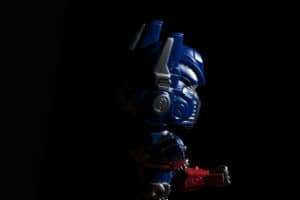 Okay, so you’ve graduated from simple portraits, you want to do something more creative? Perfect. Start adding lights (or reflectors). Adding another light drastically changes how you think about your scene. Do you want both lights to be “global” lights, lighting as much of the scene as possible? I’d generally say no, but that is by no means a hard and fast rule. I prefer to create my multi light low key images by using grids and/or snoots to point the light in really specific ways.

Light always moves in straight lines. I know it may not always feel that way when you’re using a flashlight or phone, but I promise it’s true. If you’ve never seen the power of a true snoot on a flash, I highly recommend the MagMod snoot. That thing is super collapsible (so the focus of the beam can be expanded or contracted) and is a really quick and easy modifier to allow you to narrow a particular beam of light.

This image was shot using a single external flash unit on with a MagMod grid and blue gel. Without the grid, the table and the entire guitar were lit up fairly evenly. The grid works to effectively stop the light that shoots out from the flash at an angle, instead focusing (no pun intended) the light into a particular area.

This image has the same flash unit with a grid and a blue gel, but I’ve also put a second flash on the other side with a red gel and a snoot. This allows me to very specifically light the bottom bout of the guitar where the process is actually occurring. I used the MagMod snoot, opened to the greatest degree of spread. An image like the one below can show you how tight the snoot light can get when fully extended.

Using modifiers like grids, snoots, or even “gobos” (Go Between ObjectS), you can turn an image from a fairly average lighting situation to something with a lot more meaning. By converting it to a more low key image, you start to direct the viewers eyes in really specific ways, hopefully strengthening the content of the picture.

The biggest key (again, no pun intended) when using this technique, is to not be afraid of underexposure. Sometimes, underexposure is okay. Play with this concept, push your boundaries and the limits of what you think you can within regards to the technique. Spend time practicing. Can’t find a model? Use bobble heads! That’s what I did. Don’t have bobble heads? Use an apple. There’s always something lying around that you can at the very least practice with.

One of the hardest challenges of shooting a low key style is making sure that your image quality is where you want it. Not everyone likes images that are dark and evocative, and that’s okay. Just make sure that you do you, and if you accidentally have a flash fail to fire and it results in a low key image that you love, that’s okay! Accidents are a beautiful thing when working with photography. The important thing is to not be afraid of an image just because a graph (the histogram) doesn’t fit what the “technically perfect” example would be (a bell curve).

And when white light starts to get boring, use color! Adding color gels can help make your images look even more emotional, or even just add a little spice to the image. It isn’t as stark a difference between the blacks of the shadows and the whites, so it can occasionally make your images appear even darker, but it’s always worth a try to attempt to throw in a dash of color somewhere.

Drop a comment below if you shoot low key work, and talk about some of your favorite techniques for it. Or maybe you want to start, and you're still not sure how; ask a question and myself or someone else in the community will jump in and help you out.

I'd also love to see your low key work! Let's share in the comments!

8 thoughts on “Low Key Photography: What is it and how do you get started?”