Over the past three years I’ve made some huge changes in my photography business and how I go about doing things. I’d like to say that I’m just a genius, and I came up with all of my ideas on my own, but that would be a lie. I’m sure I picked up little nuggets of wisdom and photography business tips here and there, but the majority of the changes can be traced back to one man, Ben Hartley.

One day I was watching some free online webinar with multiple speakers, and then it was Ben’s turn to speak. Now, I had no idea who he was at the time, so I came into it with no expectations. What really stuck out to me was how energetic and real he was. I’d seen plenty of these speakers and so many of them just seemed like they wanted to sell me stuff. Ben actually seemed to care. That is what initially caught my attention.

After that day, I started keeping up with Ben. He shared inspiration and tips on a daily basis and he always had that energy. I loved it! Eventually I purchased two courses from him because I trusted him, Booked 2.0 and Sold, and these two courses really changed my photography business.

I was lucky enough to get to interview Ben Hartley recently, and I believe some of his insight will really be a game changer for many of you out there. 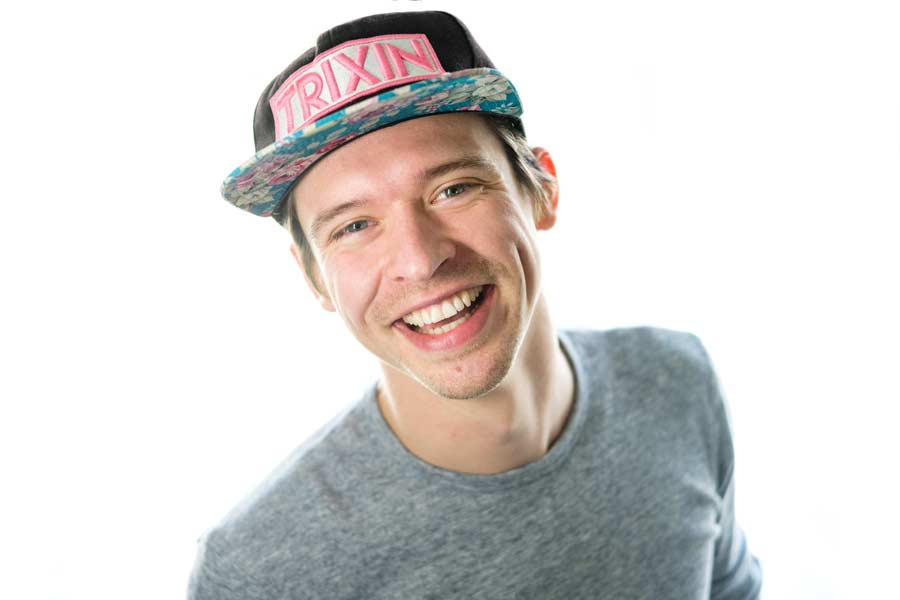 One of the things I think is big about any photographer is their backstory. I've heard it before, but I know probably a lot of people haven't. Why don't you tell your story and how the you got into the photography world?

I graduated in 2009 with a degree in oil painting in Bowling Green State University. So I'm in Bowling Green, Ohio population 30,000, a smaller city. I then went in and did some ministry for a couple years and then my wife and I got married the week that she graduated and so I'm looking at that and you kind of add it all up. It's like a degree in oil painting in the Midwest, student loans and debt and then paying for a wedding at the same time. So money was really tight for us, for our family. And so we were trying to figure out how to make this thing work as an oil painter.

I had done a fair amount with photography. My wife gave me the idea of it actually. We were kind of sitting in our one bedroom apartment, and she's like, “What if you were a wedding photographer? You love people and you've always been kind of decent at making things look good.” So that's where it started.

I did the thing that I think a lot of people do when there's a big life changing event. They have an idea, they reach out to a family member or a friend and connect and they want that validation that this is a good idea, or tips or recommendations, anything like that. So you pick up the phone and you call your mom and you call your sister, and you say, “Hey, this is what I'm thinking about doing, what do you think?”

I decided that that would not be my fate.I learned and I put everything into this, and well now here we are. So that's what kinda began everything. 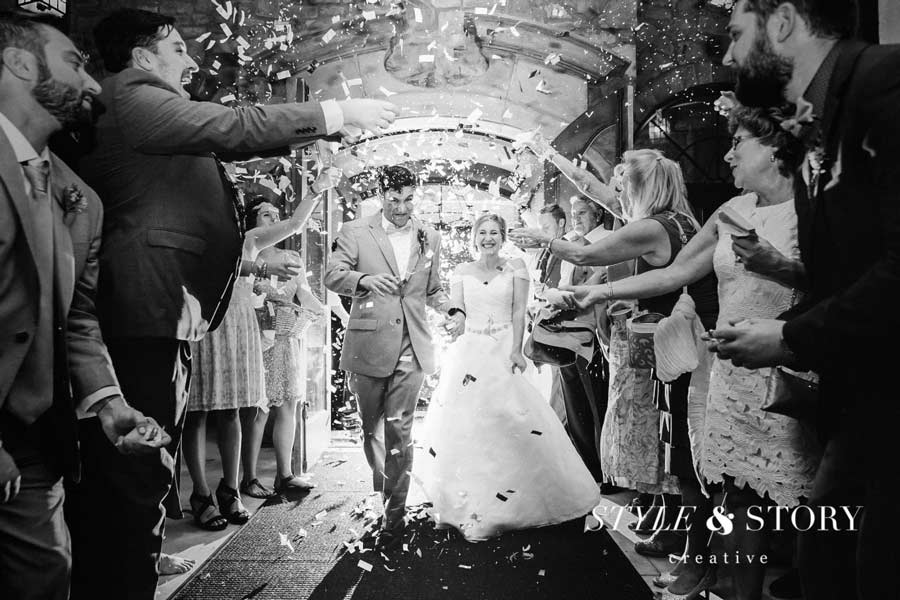 I'm so glad you didn't listen to the photographer. It's awesome that you took those words that would destroy most people and turned it into motivation.

Do you do anything besides wedding photography?

When you're first starting out it's so hard to be noticed and find enough business.

So how do you separate? You separate by going back to the most basic human desire and that is to be known, to be heard, to be understood, to be seen, really to be seen and to give back that to people.

I remember when I was first starting out in the wedding world. I was like looking at my images compared to other people and my, my thought was, Why am I not getting booked ? My my photos are just as good. I think you're so right. I mean, people want more than that. They want someone they can connect with, they want someone they enjoy being around. If you're real with people and you're energetic with them, if you connect with them and they're going to want to be around you, and it's gonna work out in your favor.

What's the biggest mistake you've ever made?

So as a photographer, the biggest mistake I've ever made there is double booking an event, like messing up like that. I think that's why it's just so crushing when something like that happens. Then you've got to make that phone call and you've got to have a conversation and try to figure out a plan.

That is tough. Photographers have it hard. We have to do so many things in the business from photographing, to marketing, to booking. Most businesses have entire departments devoted to each one of these things. We have to learn to manage all of it.

What do you think the best investment a photographer can make? 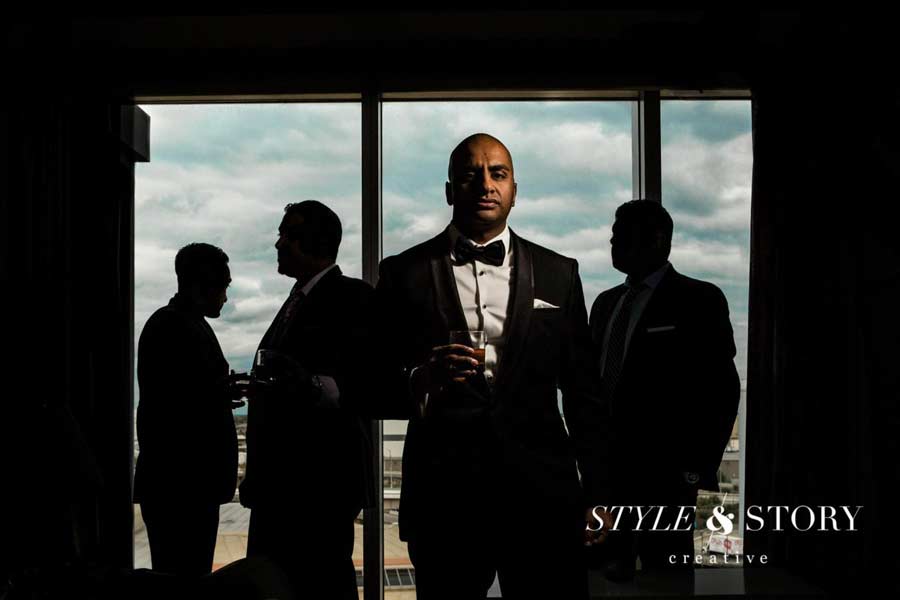 Being surrounded by really great people who are doing better than you. It's really like an investment of time and intentionality and it does cost money sometimes. I remember going in and flying out to WPPI in Vegas and seeking out people that I knew I needed to learn from. They were doing better than me, they'd come before me, they failed and I could learn from that.

There's no magic bullet in this industry, but if there ever was something that would be close to it, it would be learning from everyone else who's gone before you. It's just recognizing like why am I trying to reinvent the wheel? And somebody else has already done it and they've done really well and I can go and I can learn from them.

Is there anything that photographers in general should be doing right now that they're not doing? Something most people are missing out on?

I see a lot of photographers focusing their attention and their time on finding the patch, the quick fix to the big gaping hole. If I can figure out this preset to use or if I just can learn how to price my stuff the way that he does it, or if I can learn this email script, then it'll work. Then I'll be successful.

What happens is we get to the end of the year with all of these different things to do and all these different tricks and ideas and it ends up being incoherent and it still ends up falling flat and I think it falls flat because our core values and our core beliefs aren't actually like steering this thing properly and your hands and your actions will always follow your core beliefs.

I think we just try to lead too often with like doing an action and tactics. What we need to do is chill out and slow down and really think, What am I building? Why am I building this thing? Where do I want this to go? Really having a heart check about where do I want my heart to lead this business?

I definitely believe that. If you have those core beliefs, then it's going to guide basically the rest of your business and how you do everything. When you're sitting there thinking about a decision to make, you just have to go back to what you based everything off of. If you believe in treating your clients the way you treat a family member, then it's a lot easier to make a decision than if it's all about the money or anything else.

I can’t tell you how much I enjoyed getting to talk with Ben. His energy is contagious, and it was just as much fun as watching his videos.

He’s so much fun to talk to, but he also has such great advice.

1.  Figure out what you believe and set down your core values for your business. What is it you care about and what is it you want to accomplish?

2. Make sure your work is amazing and you have all the gear and skills you need, but more importantly, focus on people. Be kind and care about people.

3. Keep going! It’s going to be hard but don’t let others tell you you can’t do it!

Hopefully these photography business tips have been helpful to you. If you’d like to learn more, Ben has the Six Figure Photography Facebook group or you can go to the website to check out his free courses, 7 Day Photography Business Crash Course. You can also follow him on instagram at jbenhartley. Now, if you really want to get the full experience, go see Ben Hartley live in person at the Improve Photography Retreat in March!