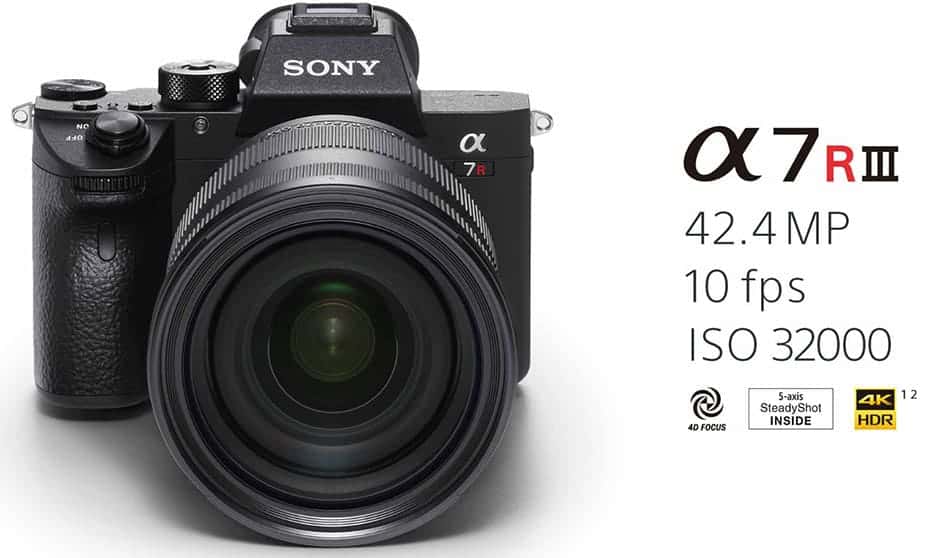 Sony surprised the industry this morning with the release of the a7r iii full-frame mirrorless camera.  Not only was the timing a surprise (the rumors sites have not been reporting this).

The a7riii uses the same 42.4-megapixel sensor, and supercharges it to capture a claimed 15 stops of dynamic range, a slight ISO boost, and crazy fast AF and frame rates.  Given the lower-than-expected price of $3,199—I'm buying it!

About that “Pixel Shift” Feature

The pixel shift feature is extremely curious.  When I first saw the feature, I expected them to say that this would increase the resolution of the file, like we've seen Olympus and others do with great success.  That wasn't the case… at least not in terms of megapixels.

Resolution means the amount of detail recorded.  Usually, we talk about resolution and we mean the number of megapixels.  However, resolution is also used in discussions of sharpness to refer to the amount of fine detail that can be recorded.  Accutance is also relevant here as the pixel shift photos also seem to have much better local contrast to show off that detail.

The jury's out on how well this is implemented, but the video preview of the feature looks interesting.

Gone are the days that we can say that battery life is a good reason to withhold buying a mirrorless camera.

One of the early beta testers of the a7r iii reported shooting 2,200 frames in RAW + jpg before the battery died.  Another tester said she did a 2 hour portrait shoot and ended with 88% battery life.  A Sony Artisan said he shot an entire day in sub-zero temperatures and still had 30% battery at the end of the day.  Several of the other early beta testers said they also felt like Sony was underselling the battery life.

While still not as good when shooting through the viewfinder, the difference in battery life between a DSLR and a mirrorless camera is not nearly as big of a deal anymore.

I found some interesting tid-bits about the way that video works in the a7r iii.  The most curious part is that the camera produces better video in super 35 mode than in full-frame mode.  The sharpness and dynamic range of video are reduced in full-frame mode.  While this is also true in some other cameras, I was surprised to see how upfront Sony was about this fact.  However, it does still do 4k in full-frame mode.

The a7r iii is dust and weather sealed, but I was a little disappointed that this was not made as a major feature of the camera.  This was a huge fault of the a7rii.

When the Sony a9 was released, it was clearly marketed as having dust and weather sealing, but a Sony rep candidly said that the weather sealing was good, but still not on par with what Nikon does with their weather sealing.

So while I'm glad to see there is dust and weather sealing, the lack of the marketing push on this fact makes me think it's only moderately sealed.  This camera is clearly marketed towards landscape shooters with the heavy focus on dynamic range, so I would have liked to have seen a better focus on sealing.

I have a bit of a reputation for torturing and killing cameras with the elements, so I especially need this.

What. in. the. world!?!?  Sony is the only major camera company who doesn't have GPS as a reasonable option.  Canon has been great about including this built-in to their cameras.  Nikon for many years has at least had a dongle available.

Sony has no built-in GPS in this or any of their other serious cameras.  It also doesn't even have a good dongle available.  This is a huge miss for a landscape photography focused camera.

I haven't heard Sony mention anything about improved touch screen capabilities on this camera compared to the a9.

I'm glad to see a touchscreen at all in the camera, which was missing in the a7r ii, but I do want to see Sony issue a firmware update to the a9 and a7r iii at some point and allow the touch screen to be used how we'd expect to use a touch screen.  Right now, it only allows for basic touchscreen use.

Fortunately, Sony at least put a joystick on this camera to allow the photographer to quickly move between the focus points.

I was surprised to see that Sony tagged this new camera with a $3,199 price tag.  That's the exact same price as the a7r ii when it was released.  Given the price of the $4,500 a9 which was just recently released, and the fact that this camera is extremely close to the a9 in specs, I expected a much higher price tag.

In fact, for many shooters, the a7r iii is a significantly better camera than the a9.  It just depends on who you are and what you shoot.  So I really don't understand why this camera costs $1,300 less than the a9, but who's complaining?  I'm buying.

I'm placing my pre-order through B&H.  The pricing is the same with all of the online retailers and I like B&H's ordering process.

You can pre-order your a7r iii on B&H right here.

You can pre-order your a7r iii on Amazon right here.

I've pre-ordered quite a number of cameras on day one over the years, and I haven't really found any difference between ordering on B&H who has their pre-order page up first normally, and Amazon which usually takes 3-4 days to put up a pre-order page.  You end up getting your camera on the same day, but for some reason, it feels better to have your pre-order in with the company that puts out the first pre-order page.