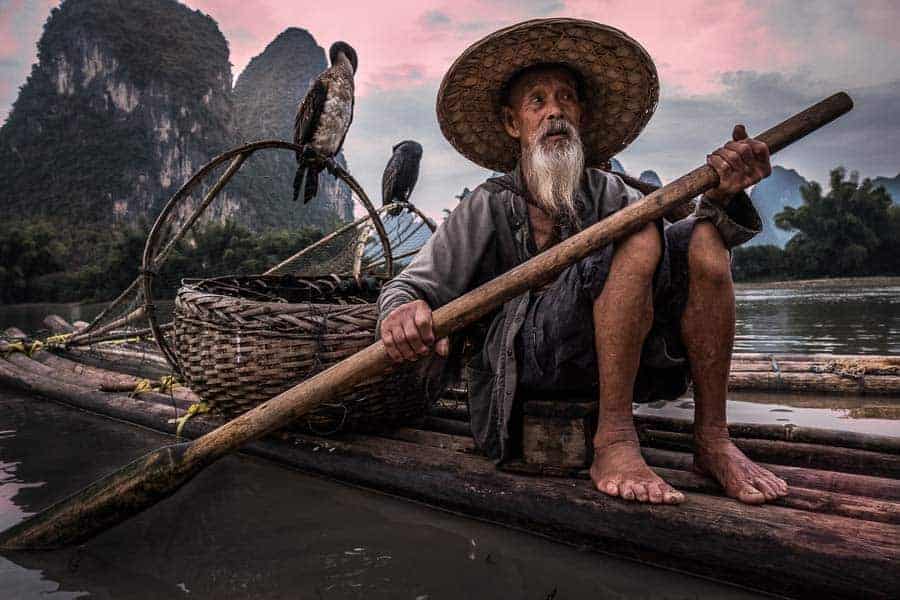 Always Use a Contract With Your Photography Clients

You should always have a contract with a client when you're hired to take pictures of them.  This simply sets expectations for both you and the client.  If you don't have a standard contract with your clients, please go download my free general photography contract.  In the contract, there is a short and simple model release.  By simply having a contract with your client that includes a model release, you have your bases covered.  You'll be able to use photos of your wedding, senior portrait, or other clients on your website and social media, or whatever use the contract allows.

There really is no excuse for not having a simple contract with every single client you ever have.  It eliminates countless situations that could otherwise create tension between you and the client.  Do not do a paid shoot without a contract–period!

Suppose you take a picture of Donald Trump in a Manhattan alleyway checking his hair in the reflection on a metal garbage can.  The photo comes out perfectly, and you want to sell the photo to the maker of the garbage can.  The garbage can company offers you a hansome sum of money, and you're tempted, but you realize that you are about to profit from Donald Trump's likeness.  Uh oh, you think.  Trouble!  Should you sell the photo?

The answer is definitely yes!  You've done nothing wrong.  You took a photo and sold that photo.  Remember, model releases are about PUBLISHING photos–not taking them.  You haven't even published the photo.  However, you'd certainly need to communicate to the client that you do not have a model release and make them aware of the limitations on how the photo could be used.

Model releases have nothing to do with your legal right to take a photo.  They deal only with the publishing of that photo.

Suppose you take a great portrait and you want to sell the actual photo to someone else: a news agency, an individual, an art buyer, etc.  You never need a model release to sell the photo.  Why? Becuase you're not publishing the photo.  You're merely offering the information for sale.  In the landmark case of James Brown v. Corbis, it was established that merely putting a photo up for sale on a website did not violate the plaintiff's right to publicity.

It should be noted that the buyer may require a model release before the sale is made so that they can publish the photo as they desire (such as when you sell a photo to a stock agency), but no publishing has happened in this instance.

Suppose you are a photographer in New York, and you photograph an Orthodox Jewish man walking through Time Square.  Without the man's consent, you then make 10 large prints and sell them for $20,000 to $30,000 each, and you even put the photo in a book.  Not surprisingly, the man who was photographed finds out and is extremely angry.  Not only is he not okay with you making a profit off of his image, but he doesn't even want to be photographed as it violates his religion.  He sues you.  Who would win?  Surprisingly, you, the photographer, would win the case.  Why?  Because there is an exception for fine art photography, which is considered an editorial use.  In fact, this precise situation is a legal case Nussenzweig v. DiCorcia.

It should be pointed out that the case above comes with a number of exceptions.  In that case, the photo printed in a limited print run, and the photo was not used on the cover of the book.  However, signs were made advertising the gallery showing with the plaintiff's likeness on them.

Using a Portrait on Social Media

Generally, photographers can publish photos of people on social media with or without a model release.  However, it is advisable to not turn the posting into an advertisement for your services.

But what if you post that photo to advertise your photography services?  What if the caption above the photo on Facebook says, “Now offering 25% off pricing for May weddings.  Book now!”  Now you're using their likeness in an advertising medium, and you should be aware that a model release may be required.  A reasonable person could infer that the people in the picture endorse the service.  This is a difficult question and fact intensive because there is artistic expression mingled with advertising.  It is safest for photographers to avoid this situation by simply using a simple contract (we have a free general photography contract available here) with your client so you can be covered in this situation.  That contract includes a model release.

Good news.  You can always use a portrait you've taken in your portfolio.  This is clearly an artistic expression and is protected speech under the First Amendment.  Took an amazing portrait but you don't have a model release?  No problem.  Keep it in the portfolio without any worries.  The same is true of posting your portfolio pictures on a website.

The only thing to watch out for is that you never present the photo in a way that could make someone think that the pictured person endorses your business.  If you put that photo on your pricing page with text on the photo advertising your pricing, that use could be construed as a commercial use signaling the person's endorsement.  That could get you into trouble, so that type of use isn't advised.

You Can Always Use Someone's Likeness in News Photography

Suppose you walk along Waikiki Beach one day and spot Jennifer Anniston with a new boyfriend making out on the beach.  You flip up your camera and fire off a series of shots destined for Walmart News Stands where other Americans with no life of their own will enjoy reading up on this interesting tidbit.  I digress.  You capture the photo and call up the National Enquirer–that bastion of photojournalistic excellence.  You sell the photo to them (not a problem because you're not the publisher).  The question is, can they print the photo on the cover of the magazine?

You sell the photo to them (not a problem because you're not the publisher).  The question is, can they print the photo on the cover of the magazine?  Could they take Jennifer Anniston's likeness and splash it across the front page in an effort to sell their newspapers even though they don't have her permission?  Of course they can.  Jennifer Anniston on the beach kissing a boyfriend is news.  It's really lame news, but to many people, it's news.  Maybe this misguided notion of news is why half of America voted for….. hm….  I might be on to something.  Another digression.

Now let's change the situation.  Suppose Jennifer Anniston is at the salon getting her gorgeous hair blow dried and you snap a photo through the window.  Her hair rushing back and the black apron of the stylist behind her make for a perfect headshot that looks like she was in your studio.  You sell the photo to Vogue.  Can they publish the photo on the cover?  Nope.  That's not news, and the use could absolutely be viewed as Jennifer Anniston endorsing Vogue.

Use a Good Model Release

A model release is actually a very simple release.  It could really be done in 2-3 sentences, and if signed by the person photographed, would be valid.  Some model releases go WAY overboard with confusing and unnecessary language that sometimes can scare people away from being willing to sign one.  That's why I put together a little package of a SIMPLE, SHORT model release, in addition to longer release, a wedding photography contract, a general photography contract, a photo licensing agreement, a contract for if you have a second shooter, etc.  The package is available for just $15 right here.  All of the contracts are in word format so you can easily put in your information and know you have a good template to work from and that you'll look professional.  Always have a contract with your photography clients, even if you are friends, and even if it's just a small amount of money.

Please note that while I am a licensed attorney, I'm not your attorney.  This post is provided merely as legal information and you should consult with a licensed attorney in your jurisdiction before making important legal determinations and drafting contracts.

11 thoughts on “When Do You Need a Model Release? A lawyer answers.”