It's been almost two years since I switched from a DSLR to a mirrorless camera.

However, I hope that after reading this, you don't think that mirrorless is all rainbows and unicorns.

There are still PLENTY of benefits to DSLR cameras as well as drawbacks to mirrorless cameras, but that's beyond the scope of this article.

For the last few years, manual focus lenses have been more popular than at any time since the '80s.

However, with a mirrorless camera, manual focus is far more accurate than with a DSLR because the photographer can use focus peaking and focus point magnification to easily see exactly what is and is not in focus.

Contrary to what you may think, the difference in weight between a mirrorless and DSLR camera is usually quite small.

Sure, a Fuji XT2 is WAY smaller than your old Nikon D810, but that's because the sensor size and consequently the lens weight is different.

When you actually look at cameras with the same sensor size, the difference between the DSLR version and the mirrorless version is usually just a few hundred grams. 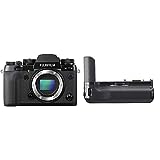 For me, saving 96 tea bags or 17 dead parakeets from my bag is actually quite helpful.

First of all, I don't drink tea, and secondly, the parakeets can be noisy at times.

But seriously, every gram counts as far as I'm concerned.

I just want to be clear that the weight savings is likely not as much as most people imagine it would be.

Zebra is a really cool camera feature that puts white animated stripes, hence the name, on areas of a photo that are overexposed.

On the other hand, the histogram is simply a graph showing you how much of the scene is completely black, how much each brightness level is moving all the way up, and what is completely white.

A DSLR can show a histogram of a photo once you've taken it, and a FEW can in live view mode.

But no DSLR can show a live histogram in the viewfinder as you're messing with camera settings and before taking the picture.

Having a live histogram showing up right in the viewfinder is a huge benefit, which I use every time I take pictures with my mirrorless camera.

Fuji doesn't have zebra stripes, but it does have a live histogram in the viewfinder.

Other mirrorless camera brands like Panasonic do offer it, though.

It keeps me from needing to take a shot to test the exposure.

All I have to do is look in the viewfinder to see what I'm going to get.

Preview of the Image for Night Photography

I mentioned already what a benefit it is to see the image preview in the viewfinder for judging exposure, but for night photography, this has an additional benefit.

Suppose you're in the forest taking photos of the Milky Way on a DSLR.

When you look through the viewfinder, you'll essentially see nothing—it'll be totally black.

It's already dim with the naked eye looking outside, and now you're looking through a tiny hole where the light has been passed through a prism and mirror and such.

You can't judge your composition without taking a series of LONG exposures and waiting to see the resulting image and moving the ball head slightly until you get your composition. It's a pain.

With a mirrorless camera, you get the advantage of the ISO of the camera to boost the light output of the scene right in the viewfinder.

With a mirrorless camera doing night photography, I can easily see and set up the composition in seconds rather than a series of trial and error shots with a DSLR.

A DSLR's LCD screen can do something similar in taking advantage of the ISO, but the aperture is different, so it won't give you an exact preview of what the image will be.

This works much more accurately and faster on a mirrorless camera.

I'm sure there are exceptions to this one and people who will disagree with me based on a specific camera circumstance.

However, in my experience of traveling around the world many times shooting night photography with readers of this blog, I've seen that those with mirrorless cameras are often able to focus for night photography MUCH easier than the DSLR crowd.

I was in Glacier National Park last year and spotted a patch of old dead trees on a mountainside. I scouted the area with Bart.

Honestly, I haven't really found that to be true.

A mirrorless camera is smaller, but it still doesn't fit in my pocket by any means.

If it doesn't fit in my pocket, I've gotta hold it whether it's large or small.

Despite that, the size does make a difference in packing for travel photography.

I like to use the Mindshift Gear Rotation 180 Horizon and I pack it full each time I go out.

It's nice to have smaller gear that fits more easily in a carry-on size pack.

However, remember that if you switch to mirrorless but still use a mirrorless with a large full-frame sensor, your size savings will be very minimal.

The real difference is if you take advantage of the system switch to choose a smaller sensor camera (APS-C is the perfect sensor size for my style of photography).

The burst rates available in many mirrorless cameras available today are insane!

I've listed some examples below which are impressive, especially considering that these cameras are far less expensive than the DSLRs that could shoot a similar frame rate.

However, not all mirrorless cameras have high frame rates.

For example, the Sony a7r ii.

Another benefit of shooting a burst on a mirrorless camera is that generally, the autofocus does better between frames than on a DSLR because the mirror isn't required to find focus.

Also, there is no blackout when shooting a burst on some mirrorless cameras.

All DSLRs have viewfinder blackout when taking a picture.

Generally, the autofocus for video on a mirrorless camera is far superior to that of a DSLR.

Since the mirror needs to be flipped up for DSLRs to record video, the primary autofocus method is blocked.

Most DSLRs can only do contrast-detection autofocus during video, which can be quite poor.

However, some DSLRs are getting focus pixels in addition to the traditional focus methods but these have fewer points.

So in general, I have to give a point to mirrorless for autofocus during video, but it depends on the specific camera.

Flying Under the Radar

Because mirrorless cameras don't look huge and professional to the untrained eye, I'm able to get shots in some situations where I wouldn't be able to otherwise. For example:

Again, this benefit is mostly negated if you shoot a full-frame mirrorless and are using a long lens.

But if you're shooting a short lens or an APS-C or micro 4/3 sensor camera, you'll get away with a lot!

I find facial recognition to be a promising new technology.

Most serious photographers are still manually choosing focus points, but the promise of what facial recognition could do is really encouraging.

It recognizes colors and seeks to balance them out, but it doesn't really know WHAT the scene is.

If the scene is naturally one color, the camera is often tricked.

However, if the camera can recognize a face, it knows approximately the color balance a face should be and is able to more accurately determine the white balance.

To me, this is one of the biggest benefits of a mirrorless camera.

Most mirrorless cameras offer a high number of focus points, and the focus points are far more spread across the entire frame than on an average DSLR.

DSLRs are starting to catch up to what mirrorless cameras are delivering in terms of autofocus points but still fall far behind because of the inherent problems of having the mirror in the way.

Mirrorless cameras are not silent, but they are significantly quieter than a DSLR most of the time.

When the quiet modes are engaged on some cameras like the Fujis, they can be nearly silent.

This is a really nice benefit for photographing events such as a wedding ceremony, a black-tie event, etc.

However, there are exceptions to this as well.

The original Sony A7r was really noisy due to a loud shutter slap.

Focus Distance in the Viewfinder

This is a nice little benefit when shooting night photography. On many mirrorless cameras like the Fuji cameras, you can show how far your lens is focused from you, right in the viewfinder.

This is helpful when doing night photography to know when you're focused out to infinity, and it's much more accurate than the focus distance scale on most DSLR lenses.

Adapting Lenses from Other Systems

The native lens systems for mirrorless cameras are behind that of most DSLR systems in terms of the total quantity.

However, the lenses being released for most mirrorless cameras are exceptional since they are using the latest technology and newest lens designs.

But when you can't find the lens you want, you can always adapt a lens from another system.

For example, many Sony a7r ii users who are unhappy with the Sony 16-35 are using Canon wide-angle lenses on an adapter instead.

Adapters are not a panacea as they bring drawbacks as well, but they can be very helpful.

This is a benefit that I personally haven't used, but it's kind of a cool concept that I'd like to experiment with.

Suppose you're shooting a wedding and you think a series of shots in one location would look great in black and white.

Most shooters will simply shoot a RAW file in color and then convert to black and white.

This gives you editing flexibility but makes it difficult to imagine the end result while shooting.

With a mirrorless camera, you can set your picture style to black and white so you preview the image while shooting the same way it will look when finished.

However, you record your images in RAW still.

So you get a preview of the black and white, AND the flexibility to change things in editing. Beautiful!

I personally believe that 7 or 8 years from now, we won't even be talking about DSLR cameras.

I think at that point all major new cameras will be mirrorless.

Currently, there are still some benefits to having a DSLR with a mirror, but those benefits are being eroded away with each release of new mirrorless cameras.

I personally think it simply makes more sense going forward to not have the mirror in camera bodies, but that it will take many years before having a mirror is a clear drawback to a camera.

I personally don't think it's worth switching to a completely new camera system for the one reason for getting the benefits of a mirrorless camera. Not yet.

However, if you're looking at a new camera system anyway, then in my opinion choosing mirrorless is a very good option for most shooters.

22 thoughts on “16 Advantages of a Mirrorless Camera: Why I switched!”