Almost everything we do on ImprovePhotography.com is about still photography, but today's post is more relevant to media creators, which applies to only a subset of our audience.

For years I've been interested in setting up a live switching studio in my office so that I can accomplish multiple camera angles when I'm doing tutorials for the Improve Photography Youtube channel.  I've tried many different devices for this, but recently I tried the Cerevo Livewedge.  This is an extremely inexpensive (for a video switcher) device made by a Chinese company that has many of the same capabilities as the higher-end devices in a much smaller and simpler form factor.

This is likely to be a long review, but I'll leave you with my conclusion right from the start: In my testing, the Cerevo Livewedge was much better than I expected given the inexpensive price tag.  It's features are quite limited, especially because it does not currently have the ability to do lower thirds, but it does work reliably.  The build quality of the device itself is subpar–the buttons stick which makes switching difficult.  Connection to the iPad was sometimes glitchy to get started, but once it was up it was dependable.  In all, if you need a simple video switching device and can skip on some of the bells and whistles of the much more expensive devices, the Cerevo Livewedge is a product I can recommend.

The Cerevo Livewedge is a small video switcher that can stream live to the internet and record HD video.  It switches four HD HDMI inputs flawlessly, and comes in a small form factor.  The real power of the Livewedge is that it requires an iPad to control the software's features.  This means that you can expect to see features rolling out consistently over time.  During my testing of the Livewedge, I saw several updates to the platform that improved stability and added new features.  It's nice to use a product that is actively being developed and improved.

I was curious about the video quality that I'd get from the Livewedge, but was pleasantly surprised to see that the video looked really good.  I used the HD60 (mentioned below in pricing section) to do the actual recording, and the quality was excellent.

The build quality of the actual device is not great.  I like the wedge-shaped design to give it some personality and also to tip the buttons toward the user for ease of use.  However, the buttons on the device that you press to switch inputs are unbelievably bad.  It's hard to imagine why a company would spend so much money to build the technology of this device, and then cheap out on ridiculously bad buttons.  A few times when I pressed a button on the Livewedge, it would stick and not pop up–keeping that channel on and not switching to the other input.  I eventually learned a way to push right in the middle and straight up and down that alleviated the problem, but it boggles the mind why they didn't fix this.

The other problem with the build quality is that the click wheel (just like the navigation on an old iPod) is really stiff and doesn't glide as you'd expect.  It's a really cheaply made product.

Other than those two sticking points (get it?), the Livewedge seems to be well made.  It looks good, does not overheat during usage, and seems to be dependable.  It's just weird that they didn't fix those two OBVIOUS problems in a device that is otherwise extremely promising and capable.

Maybe I'm making the build quality to sound worse than it actually is.  The device is very usable and I actually WOULD recommend the Livewedge for many users' needs.  I'm just surprised that these glitches weren't fixed pre-production.  All the technical stuff works fine.  It's the simple button that they had trouble with. 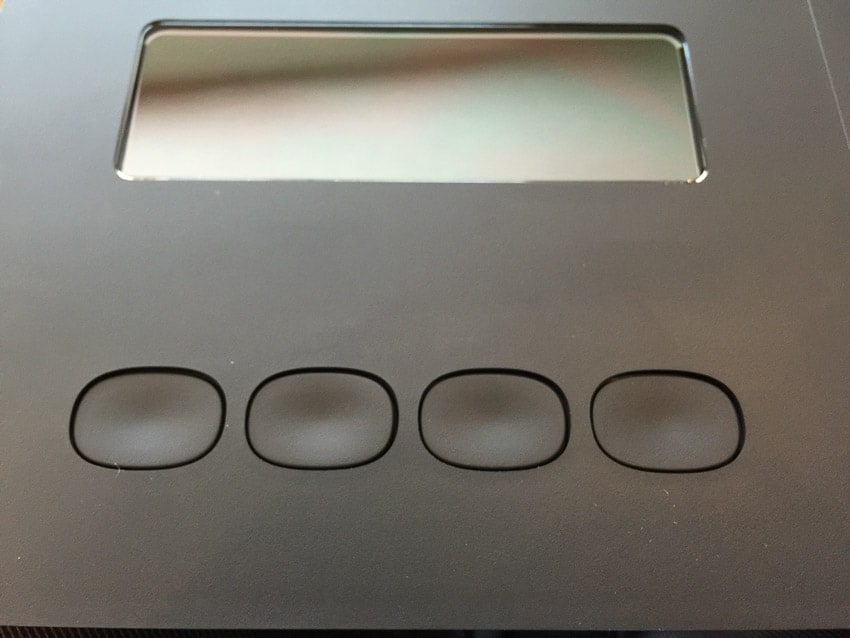 Connecting the Livewedge to the iPad wasn't perfect.  Sometimes it would take 30 seconds or so for it to make the connection.  This really made me nervous because I was worried that the connection between the iPad and the Livewedge would go out while I was recording my show.  That never happened.  It seems to have a little bit of an issue connecting, but once it's connected I never had troubles.

The iPad interface is really cool.  Switching video inputs by simply tapping on the video you want to use is really intuitive and is nice for a part-time video producer who wants things to work easily and simply.  The iPad connection is probably the biggest benefit to the Livewedge.  I really liked the app.

Compared to the Competition

There are basically two categories of competition to the Cerevo Livewedge.  First, software video switchers, and second, more expensive hardware based video switchers.

The Price and the TRUE Price

The Cerevo Livewedge costs $999 on Amazon (That's an affiliate link.  If you click that link and buy it later on, I'll get 4% of the purchase price to fund my reviews.  It doesn't cost you anything extra.)

Who Should Buy the Cerevo Livewedge?

The Livewedge is really for those who want to do video switching in one room with basic equipment on a budget.  It wouldn't be a good option for critical video switching where it NEEDS to work every time, but if you're recording youtube videos and need to switch the cameras live for streaming or producing videos quickly, then this is the device for you.

The Cerevo Livewedge is a breakthrough device for small video switching needs.  It's significantly better than any software switching option I've found, but it's imperfect at the same time.  The most notable imperfections are the buttons on the device itself sticking, the glitchiness of connecting to the iPad, and the inability to do lower thirds.  But I can say that the Livewedge will fit the needs of many a Youtuber.  As long as you buy the product recognizing that it is imperfect and maybe not up to the standard that you'd imagine when you're paying $1,000, it's a workable solution that I can recommend.

If you fit the description of who should buy this device, then I say go for it.  It's an imperfect but very promising and capable device.  Check the current price of the Cerevo Livewedge on Amazon.