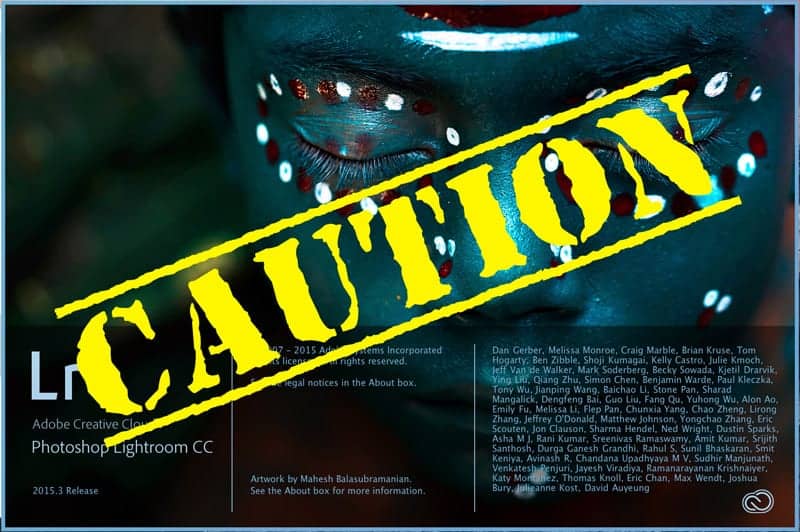 On 11/17 Adobe released an update to Lightroom CC 2015.3/6.3.  The release is the first after the software company got hammered with negative feedback from the maligned CC 2015.2/6.2 update where the import process was revamped in a way most photographers found to be unacceptable.  The change of the import process seemed to be just the stick the broke the camel's back as photographers of all types have been complaining about the past several updates to Lightroom provided by Adobe as the product seemed to get slower and more bug ridden with each update.  This November 2015 update to Lightroom brings back the import process, adds numerous lens profile updates, and offers a number of bug fixes (see the major ones below).

The Improve Photographer team has rushed to provide this information to our readers and podcast listeners but has yet to do any real-world testing with the update.  For now, we are labeling the update as “CAUTION” until we have a chance to put it through the paces.  We will be watching the user forums and doing our own testing, so watch for an update here and make sure to check out the Improve Photography podcast this week for an update.

If your photography business relies upon Lightroom functioning well, we recommend you hold off for a day or two at least before applying this update.

The patch is available now, but if you attempt to get the update through the help menus of Lightroom or using the Creative Cloud application, you may end up with the CC 2015.2/6.2.2 update that has the new import process and a number of other bugs.  In order to make sure you get the November 2015 update, use these direct links for Windows or Mac.