Improve Photography has beaten the Guinness World Record for the most light orbs to be captured in a single long exposure photo.

The attempt was made on November 7, 2015 by Jim Harmer, Nick Page, Jeff Harmon, Brian McGuckin, Darin Mellor, and Norman Peay in Page, Arizona.  The team captured 235 light orbs in a single exposure of 27 minutes, beating the previous record of only 200 light orbs, set by the East Coast Lightpainters in 2014.

The team had one person, Jeff Harmon, taking the picture and blocking the front of the lens with a black piece of plastic between light orbs so that the light would not trail as the orberators walked between orbs.  Specialized orbing tools made out of PVC were used to spin the christmas lights in a circle to make the orbs.

Video and witness statements of the event have been recorded and submitted to Guinness World Records for review as an official record attempt.

This is a day that will go down in orb history. 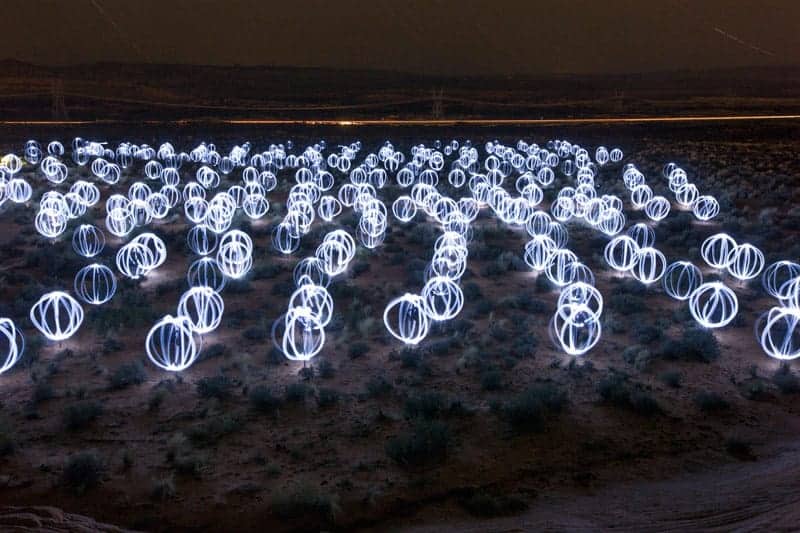