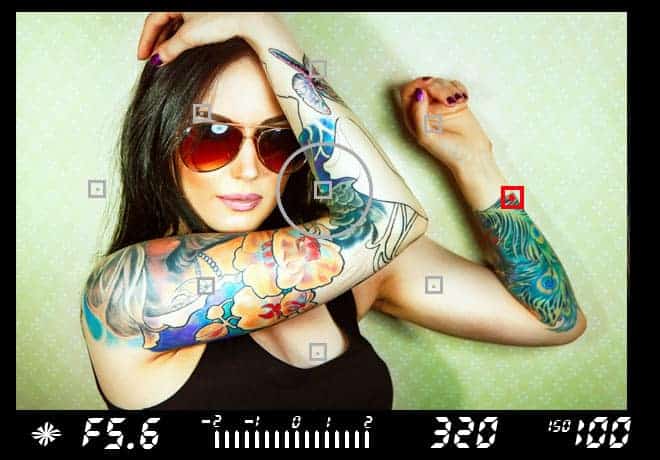 An emerging but largely unsettled issue in copyright in the United States regards photographers taking pictures of people with tattoos and then selling the image.  The problem is that the tattoo artist designed and has some copyright protection over the design, and you using that design in the photo may be a violation of copyright in some situations.

Most photographers are unlikely to face this situation, but it can happen, and it's best to understand the issue first.

The short answer to this question is that it's entirely unsettled in case law, depends on facts of each individual use, and we just don't know.  While there are certainly guiding principles and best practices, the truth is that we don't know how photographers can use tattoos in photographs while staying out of trouble.  I'm a lawyer, so this is an exciting question for me, but I'm also a photographer, so it's a scary question as well.

As this article has pointed out, this area of law is far from settled, so it's difficult to know what is and is not okay.  The following are the business practices that I personally am going to follow regarding tattoos in my photos.  I'm a lawyer, but I'm not your lawyer, so you're best to confer with your own counsel licensed to practice in your own jurisdiction before making the decision for yourself.  This article is for educational purposes only and is not legal advice.

Mike Tyson and the Hangover

The complicated issue becomes somewhat unbelievable when the leading court case on this issue involves Mike Tyson and the Move The Hangover Part 2.  Yes, cutting edge legal decisions from the Hangover.  What has this country come to?

On the Hangover Part 2, Ed Helms (I know him as Andy Bernard on “The Office”) has a facial tattoo.  The movie producer took the design of the tattoo from the one on Mike Tyson's face, which was designed by a tattoo artist named Victor Whitmill.  Whitmill didn't like the thought of the movie using his design in the show without payment, so he sued.

The unfortunate part of all of this is that the case settled “amicably” out of federal court (Federal Courts have exclusive jurisdiction over copyright issues).  That's unfortunate, because it means we really have no idea how the case would have ended up.  We don't know what a judge would have ruled on the issue.  However, the court did deny an injunction in the case largely because of the potential magnitude of harm if an injunction was granted and then Warner Brothers prevailed.  In denying the injunction, Chief Judge Perry said that the plaintiff's case was “strong” and that the arguments from Warner Brothers were “silly.”

Another question left unanswered is if Mike Tyson would have a cause of action against the movie producer.  It could be argued that the tattoo became part of his likeness, and it was Mike Tyson's likeness that was being sold in the movie, but we didn't learn that from the Whitmill case because Tyson had signed an agreement with the tattoo artist securing the artist's exclusive copyright over the design.  Tyson is pursuing this avenue in regard to his tattoo, for which he has filed for trademark protection.

There is an obvious public policy argument over a company holding copyright over another person's own skin, and many attorneys would agree that a court is unlikely to make a law preventing someone with a tattoo from having pictures taken of them.  The issue in the Hangover case was whether that design could be taken off the face, transferred onto another, and then selling video of that design.

Rasheed Wallace and the NBA

Rasheed Wallace, the NBA star, was featured on a Nike commercial discussing his tattoo.  That tattoo had been designed by tattoo artist Matthew Reed, who took issue with images depicting that tattoo.  One significant factor in this case that would differ from that of a typical photographer situation is that the videographer animated the drawing of some of the tattoos, thus creating a derivative work.

For photographers and videographers, this case would directly answer the question of whether or not you can photograph someone with a tattoo and profit off the images.  This case was unlike the Hangover case where the design was taken from Mike Tyson and put on another person.

Unfortunately, this case also settled out of court–giving photographers no precedent to follow.

It will be interesting to see how the law figures out these interesting questions about photographers and tattoos.  It's a complicated dance of the rights of multiple parties.

However, this is unlikely to become an issue for most photographers as long as you follow the best practices listed above.

9 thoughts on “Copyright Nightmare: Taking photos of people with tattoos”