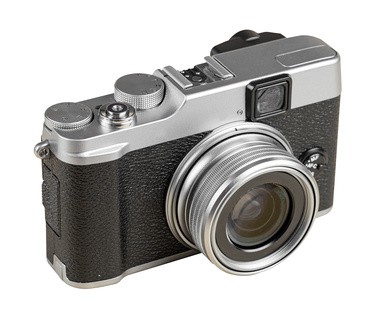 The first rangefinders, called “telemeters” sometimes, appeared in the twentieth century. The first marketed rangefinder camera was the 3A Kodak Autographic Special of 1916, the rangefinder was coupled.

On a rangefinder camera, the viewfinder is offset from the lens, which means that the image is seen is not the exact image which is recorded. This is known as parallax error. Over large distances, it is not really noticeable, but at closer ranges it is more obvious. You may notice it in the fact that your pictures are slightly lower than the image you are seeing, so you have to counter for this. But this becomes second nature very quickly.

This means that a rangefinder camera is not going to be the right camera for someone who likes macro photography as the camera would not actually be pointing at the subject during extreme close up.

For example: If I am shooting on the street or somewhere busy I can use both eyes to check the scenario and to compose my images more carefully. This gives a balance that can’t be found in any other type of camera. Many rangefinder cameras have a 0.8x magnification and some even go as far as having a 1.1x view, which is a ‘better than real’ view. This gives you the chance to shoot with both eyes open, helping you to ‘frame’ the world.

But the big difference is the shutter. And this is where the real advantage lies. Most rangefinders use a cloth plane shutter, though some use a metal shutter system. There is no moving mirror and this makes for less shutter lag, no ‘blackout’ and for a quieter shutter. This gives a quicker and more fluid approach to photography.

A major difference is the glass on rangefinders. No one is going to get mega zooms, or VR systems. We need to use prime lenses more often than not, and they are going to be of the very highest optical quality. And they will be manual focus. This gives the chance to zone focus and to develop skills at measuring distance. If this sounds terrifying, it is not, once we get the hang of it we will constantly be aware of the distances of the things around you.