As a photographer, mistakes are a part of life. They help us grow and become better photographers. For example: how many of us have been outside taking photographs and then walked inside, gotten distracted, and forgotten to adjust our settings to the new lighting? Adjusting to changes like this become more automatic with time, but we all make the mistake dozens of times before learning. It teaches us to be aware of our camera all the time when shooting; however, there are some mistakes that take even more time to learn.  Lessons that do not have an automatic reminder like we see when we look at the photo on the back of our cameras.

Wouldn't it be nice if someone simply told you about them now so you can try to avoid them in the future?

#1 Hiding behind the camera
This is so easy to do that many of us don't even realize we're doing it! We keep the camera up, stay back, 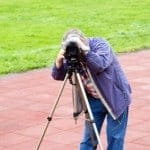 and timidly ask our clients if they could pose a certain way, or just expect them to know what to do.  When the shot doesn't look the way we imagined, we convince ourselves that we are just better at shooting candid. But that isn't the whole story – we have to remember that we are working with people. Sometimes it's important to put the camera down, walk up to them, and show them what you have imagined for the shot. The more your subject sees you as a person with a camera (instead of just a camera with a stranger behind it), the easier it becomes to pull genuine emotion out of them. 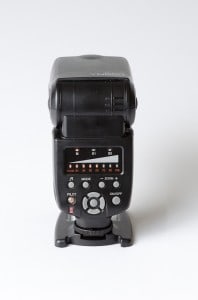 This is an extremely common mistake for newer flash photographers.  Shutter speed does not affect how bright the flash appears in the photo–period!  The duration of a pop of flash is incredibly quick–much quicker than your shutter speed when shooting flash–sometimes up to 1/13,000th of a second!  Adjusting your shutter speed when shooting with flash will only affect the ambient light in the scene, but will not affect the apparent brightness of the flash.  Learning to expose for flash photography takes work, but will eventually become automatic.

#3 Being overly focused on gear

We are almost all guilty of this.  Right now I'm lusting for an Olympus OMD EM-1 which is soon to be released.  While new gear is nice to have and fun to use, most of the time it just isn't that important when it comes to producing fantastic photos. I started shooting professional photography with a Canon Rebel, 50mm f/1.8 and two other basic lenses (They were inexpensive gigs and I was completely upfront with the clients). I was able to grow my business despite what most would say is sub-par equipment. I believe using equipment with severely limited low light capability (compared to modern cameras) made me a better photographer and forced me to be aware of how the light changes in a room.

#4 Focusing too much on the technicalities when shooting

While it's important to be aware of the exposure, early on we are often too intently focused on what ISO, aperture and shutter speed we need. When you're so busy worrying about the camera settings, you're not paying very close attention to what is in front of the camera. Not only does this take the fun out of shooting, but it generally produces images we aren't happy with. This severely hurts our creativity since we are so focused on the technical aspects of shooting. There is no short way around this. Practice, practice and more practice is the only solution. You can easily practice at home by walking into different rooms, estimating the needed exposure settings, and then metering in your camera to see how close you were.

Many times I have looked through the viewfinder and noticed little mistakes in the scene–a misplaced stick in the foreground of a landscape, hair blown onto the subject's face, a pose that just looked “okay”, or other abnormalities–and I simply ignored the mistakes.  This is also common with newer photographers who accept the lighting for what it is without working to change it.  When I finally realized I would no longer accept “okay” in the viewfinder, my photography improved tremendously.  If you see a problem, fix it and don't pretend it doesn't exist.

#6 Being afraid of making mistakes

I know many people who have purchased a flash but never learned to shoot it off camera because it's new technology to them. 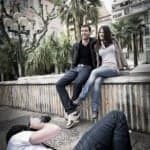 Fortunately for them (and for all of us!), computer manufacturers developed a delete button. Try new things and play. Try different angles. Experiment to see what happens if you really slow down your shutter and zoom in at the same time. This is photography, not rocket science! Make mistakes all day, and have fun.  If you are a professional photographer and have developed a sense for “safe” locations and poses that you know will work, break the habit and try something new!

#7 Posting too many images from a set

This is the biggest enemy for photographers who want to step into getting paid for their photography. It's easy to get in the mindset that you need to post hundreds of photos to look legitimate. Actually, that's counter-productive.  Learn to be a ruthless editor and only put forth your best work.  Be confident.

Often, photographers showcase several images of the same scene instead of picking the absolute best one. If you shoot something interesting and it doesn't come out as you had hoped, don't post the best one of that group. Instead, write it off as a learning experience. Nobody, and I mean nobody, makes a fantastic image every single time they press the shutter button.

(Also known as burst mode.) There are some legitimate times where motor driving is warranted, so don't write it off as useless. However, motor driving when depended on to capture the first kiss, for example, takes away from developing one of the most important skills we can develop as photographers: anticipating the situation. If we are paying attention and in the moment, we can anticipate what is about to happen and select the exact moment we want to capture instead of motor driving and hoping the camera gets something we want. An added bonus of not motor driving: it saves time in post processing – there's no need to go through 5-8 photos of the same exact scene over and over again.

#9 Using zoom lenses to get closer

Starting out in photography, we often zoom with the lens instead of our feet.  Zooming and moving in closer accomplish two different things.  While a zoom lens is great to have and very useful, remember that when you zoom in with the lens you are not just bringing the subject closer to the camera; you are also making the background apparently closer in the photo. At times this can make a space appear smaller or more crowded than it is. (The opposite is true when zooming out – that's why real estate photographers use short focal lengths: to make rooms appear larger.) It also helps us look for more interesting perspectives to shoot from since we are physically moving around the subject.

Take a few minutes and think about your own photography. Do you find yourself making any of these mistakes? Do you think you could improve your work and cut down on some of your post-processing time by avoiding some of them? Give it a shot, and leave me a comment on what mistakes you have learned or which of these mistakes you'd like to fix.

39 thoughts on “9 Photography Mistakes to Avoid”